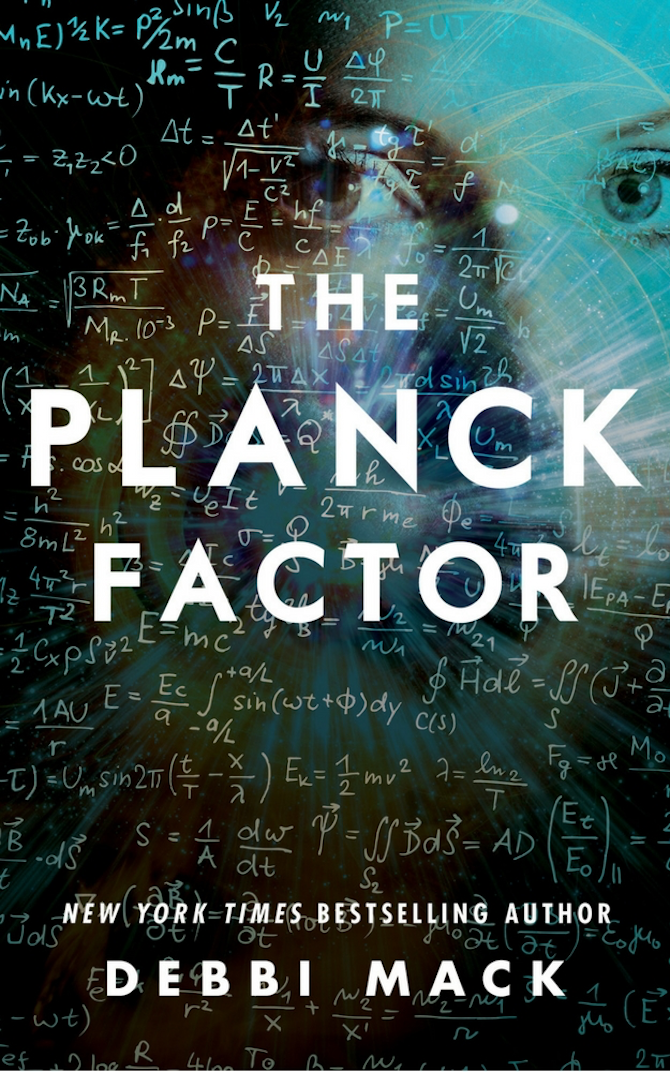 On a dare, grad student Jessica Evans writes a thriller, creating a nightmare scenario based upon the theory that the speed of light is not a constant—one that has a dark application. Her protagonist (the fiancé of a scientist killed in a car crash) is pursued by those who want to use the theory to create the world’s most powerful weapon.

However, Jessica is soon running for her life when events mimic that of her protagonist. She’s threatened by terrorist conspirators who intend to use the knowledge to create an event that causes mass destruction—even threatens the global extinction of all life. As the clock ticks down, Jessica must outwit the enemies and avert an apocalypse.

MORE REVIEWS:
“Does art hold a mirror to life? Or does life mirror art? New York Times best-selling author Debbi Mack builds this surprising thriller layer upon layer with an ending that will make you want to read it all over again.”
— Donna Fletcher Crow, author of AN ALL-CONSUMING FIRE, The Monastery Murders

“Mack takes her reader on a roller-coaster ride with science, imagination, and a terrible possibility.”
— Peg Brantley, author of the Aspen Falls Thriller series

"[A] sleek tour-de-force exercise in Hitchcockian suspense about domestic terrorism, in which the McGuffin is a novel-within-the-novel and the novelist and her work intersect in unpredictable ways. Reality and fiction clash and spar for supremacy until the final paragraph."
— W.D. Gagliani, author of WOLF'S BLIND (The Nick Lupo Series) and SAVAGE NIGHTS

ABOUT THE AUTHOR:
Debbi Mack is the New York Times bestselling author of the Sam McRae Mystery Series. She's also published one young novel. In addition, she's a Derringer-nominated short story writer, whose work has been published in various anthologies.

Debbi hosts a podcast called the Crime Cafe, where she interviews crime, suspense, and thriller authors.

Debbi is also a screenwriter and aspiring indie filmmaker. Her first screenplay, The Enemy Within, made the Semifinals in the 2016 Scriptapalooza screenplay contest. Debbi has also adapted her first novel, IDENTITY CRISIS, into a screenplay. The book is currently under option by a film producer.

A former attorney, Debbi has also worked as a journalist, librarian, and freelance writer/researcher. She enjoys walking, cats, travel, movies and espresso--not necessarily in that order.