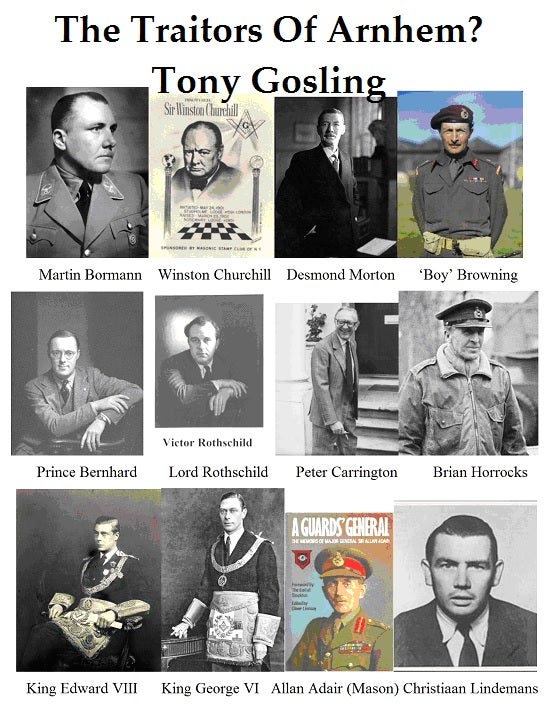 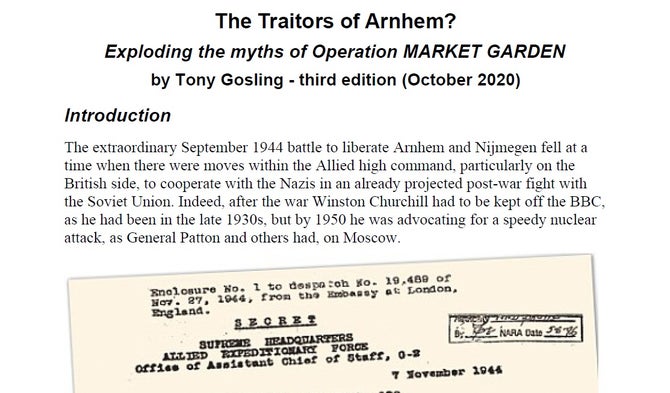 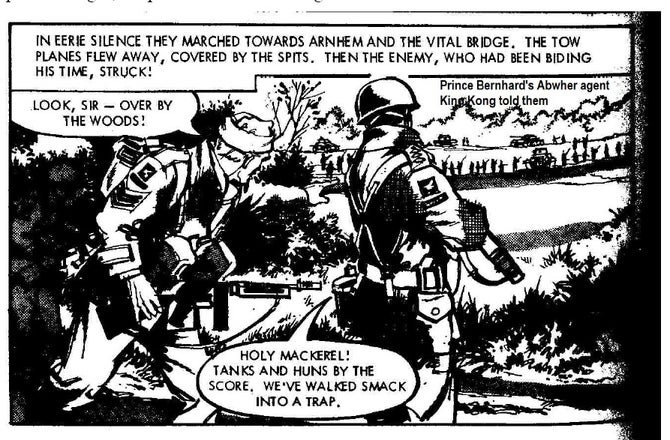 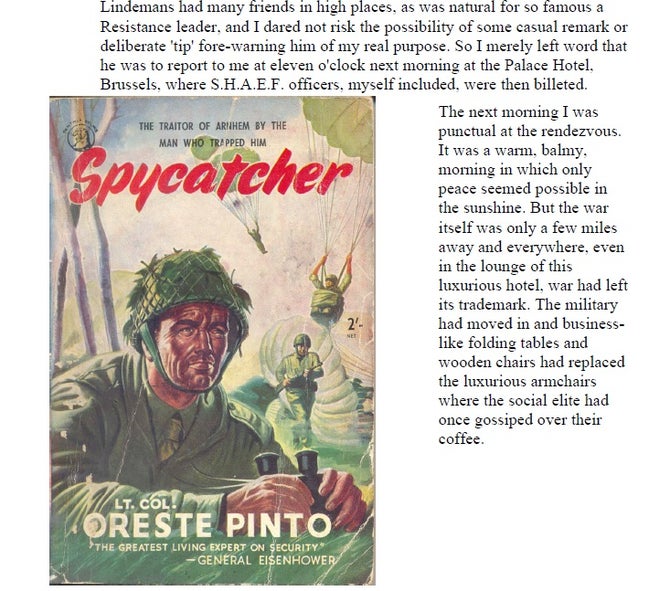 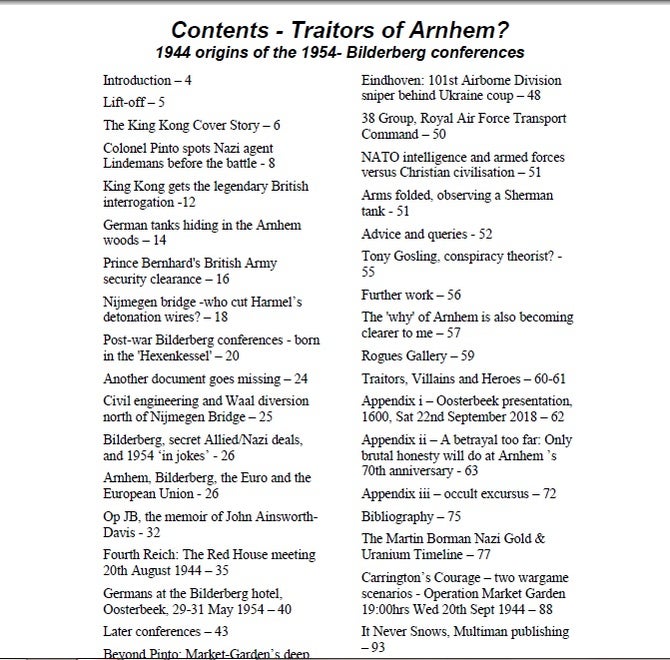 This seemingly unstoppable thirst for war rather betrays the pre-war concept of covert support for Nazi Germany as a buffer against Soviet communism from Wall Street and UK fascists. Key pro-Nazis in 1930s England were Edward VIII and Bank of England governor Montague Norman.
Field Marshal Montgomery's concept behind MARKET-GARDEN was a sound one, to obtain a bridgehead over the Lower Rhine would have seeded panic in German defences and supply lines, and by directly threatening Germany's industrial heartland, likely brought the war to a speedy conclusion.
However, several enormous operational errors, which in light of more recent events may be considered sabotage, diverted field officers and the overall operation from the original plan.
Only one drop was attempted per day, two were requested by Brereton to make best use of good weather [Williams]
Paratroopers were dropped many miles from their objectives, forsaking the vital element of surprise [Monty and Browning]
2
Photo-reconnaissance and Dutch underground reports of SS panzers lurking within easy reach of Arnhem was ignored [Monty and Browning]
1st Airborne's radios didn't work properly due to jamming, or faulty crystals
Failure of senior field officer to drop with main objective division [Browning]
82nd Airborne was diverted from Nijmegen bridges to Groesbeek [Browning]
Gavin's Mon 18th Nijmegen Bridge night assault was called off [Browning]
Failure to drop supplies of water, food, ammunition etc to Oosterbeek or Arnhem despite regular 1st Airborne situation reports received [Browning]
Refusal of air-landing reinforcements: 52nd Lowland Division and 6th Airborne Division entrained in UK and ready to drop in [Browning]
Failure to mobilise Grenadier or Irish Guards tanks or 130th Brigade of the 43rd Infantry Division for final drive to Arnhem [Horrocks]
Polish brigade wasted. Could have been dropped just South of Arnhem bridge etc. but were not sent in until after bridge had fallen to the enemy [Browning]