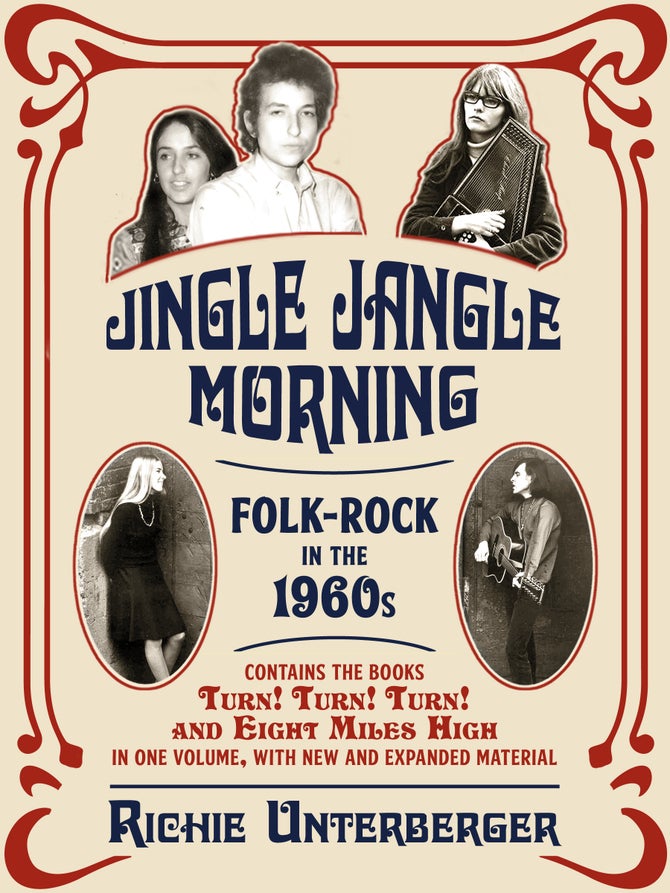 Jingle Jangle Morning is the story of how folk and rock merged in the 1960s to create folk-rock, injecting social consciousness and poetic lyricism into popular music to scale heights that neither folk nor rock could have reached without blending. It draws on more than 100 first-hand interviews with key musicians, producers, promoters, and journalists, from stars like Roger McGuinn of the Byrds, Donovan, John Sebastian of the Lovin' Spoonful, and Judy Collins to behind-the-scenes producers and cult artists. Starting with the folk revival of the early 1960s, it covers the folk-rock movement from the first stars to electrify folk (especially the Byrds and Bob Dylan) to stars like Buffalo Springfield, Joni Mitchell, and Crosby, Stills, Nash & Young, as well as underrated greats (like Richard &. Mimi Farina, Fred Neil, Tim Buckley, and Nick Drake to nearly unknown cult artists. Previously published in two separate volumes as Turn! Turn! Turn! and Eight Miles High, this combines those books into one, adding 15,000 words of updates and new material. It also adds a 75,000-word mini-book with in-depth descriptions of nearly 200 folk-rock recordings from the era, which together would comprise the ideal 1960s folk-rock box set. All branches of the decade's folk-rock are covered, from early electric folk-rock, protest folk-rock, and folk-rock-psychedelia to singer-songwriters, country-rock, and the distinctively British form of folk-rock.