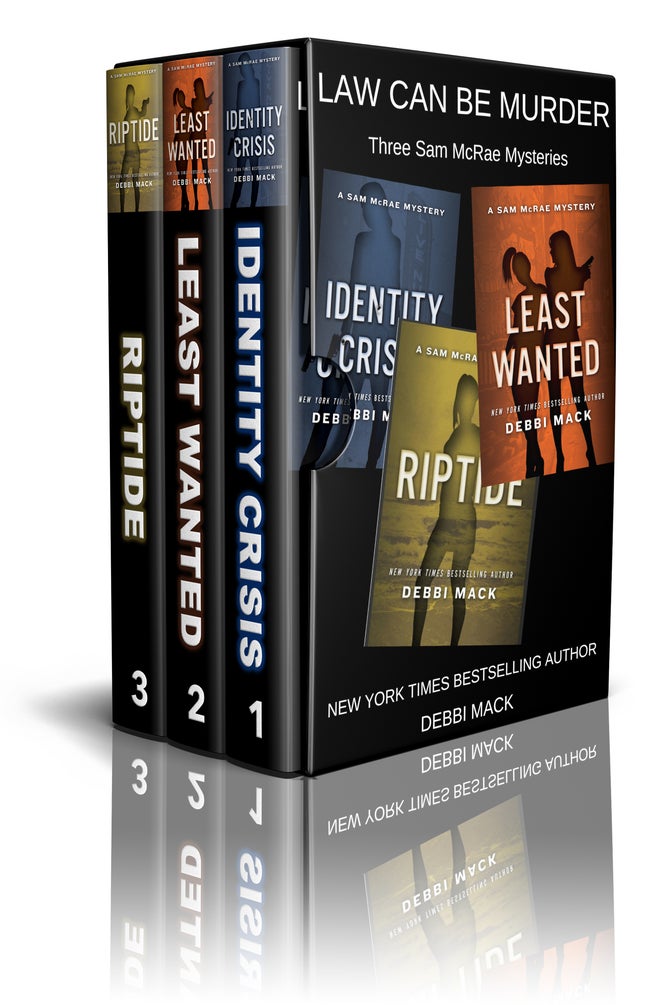 Looking for a thrilling mystery and a great bargain? Buy this box set and get Books 1-3 in the Sam McRae Mystery series for less than the cost of them bought separately.

A simple domestic abuse case turns deadly when the alleged abuser is killed and Stephanie Ann “Sam” McRae’s client disappears. When a friend asks Sam to find Melanie Hayes, the Maryland attorney is drawn into a complex case of murder and identity theft that has her running from the Mob, breaking into a strip club and forming a shaky alliance with an offbeat private investigator to discover the truth about Melanie and her ex-boyfriend.

With her career and life on the line, Sam’s search takes her from the blue-collar Baltimore suburbs to the mansions of Gibson Island. Along the way, she learns that false identities can hide dark secrets, and those secrets can destroy lives.

Stephanie Ann "Sam" McRae's busy, but orderly life as a Maryland lawyer takes a chaotic turn when two clients are accused of murder. A poor, black girl is accused of killing her mother. A young man suspected of embezzlement is accused of murdering his boss. The cases collide in a bizarre way involving girl gangs and computer pornography.

Sam ventures into the heart of DC's suburban ghettos to find answers. A maniacal killer who'll do anything to hide them stalks her. After a nearly disastrous confrontation, Sam must do business on the run. As the body count grows, Sam races to learn the truth and clear her clients before she becomes the next victim.

Lawyer Stephanie Ann “Sam” McRae’s stay in Ocean City for the annual convention of the Maryland State Bar Association becomes a busman’s holiday when her best friend Jamila is arrested for murder. All signs point to a frame-up, but Jamila’s local counsel advises her to plea bargain. This would permanently stain the ambitious attorney’s spotless record, unless Sam and a private investigator can find evidence to clear her.

Sam’s work is cut out for her, since the victim is the stepson of a local wealthy entrepreneur and poultry producer. No one will talk to her, including the lawyer's investigator. Even Jamila seems to be withholding information. Meanwhile, Sam is running from mysterious pursuers and comes under police scrutiny when another murder takes place.

With the clock ticking down to the convention and Jamila’s preliminary hearing, Sam must uncover secrets, lies, and fraud to find the real killer. Are the stakes too high for Sam?