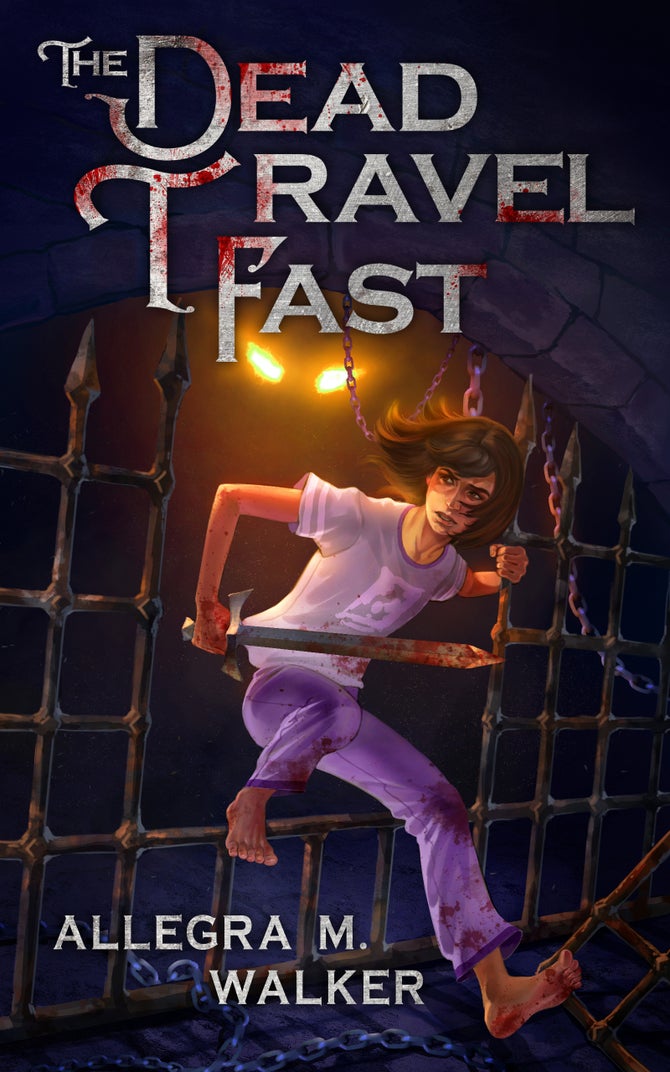 By Allegra M. Walker
It isn't every day that you bump into legendary monsters, ancient witches, and stoic elves on your walk to school. But as fourteen-year-old Abbie is about to find out, the world is a lot more exciting-and dangerous-than she thinks.

Abbie Matsuda-Walsh has never thought much of herself-or of her dull, directionless life. But that life is about to burn down to the ground. In one disastrous night, her family, her home, and her sense of reality are shattered. And it's all because Goldie-an ancient necromancer with seemingly limitless power-has made her his target.

Soon, Abbie is on the run, pursued by a terrifying army of vampires, werewolves, and more. Desperate to protect herself, she teams up with Ariadne, a fierce elf from another universe, and her band of elementals. Ariadne insists that Abbie, too, is an elemental-a human with unique magical gifts-and that despite all her doubts, she has immense power. Enough power, that is, to defeat Goldie.

Abbie has a choice: hide from the danger that will haunt her forever or use her newfound abilities to avenge her family. But does she have the courage to fight the real-life demons that stalk her at night? Or will her own personal demons get the better of her?

The worlds of fantasy and horror collide in Allegra M. Walker's bone-chilling debut novel, a fast-paced, introspective tale of magical heroes, grinning villains, and grotesque monsters. The Dead Travel Fast is an unforgettable fantasy adventure that will thrill adult and teen readers alike. Perfect for fans of Neil Gaiman and Ransom Riggs!