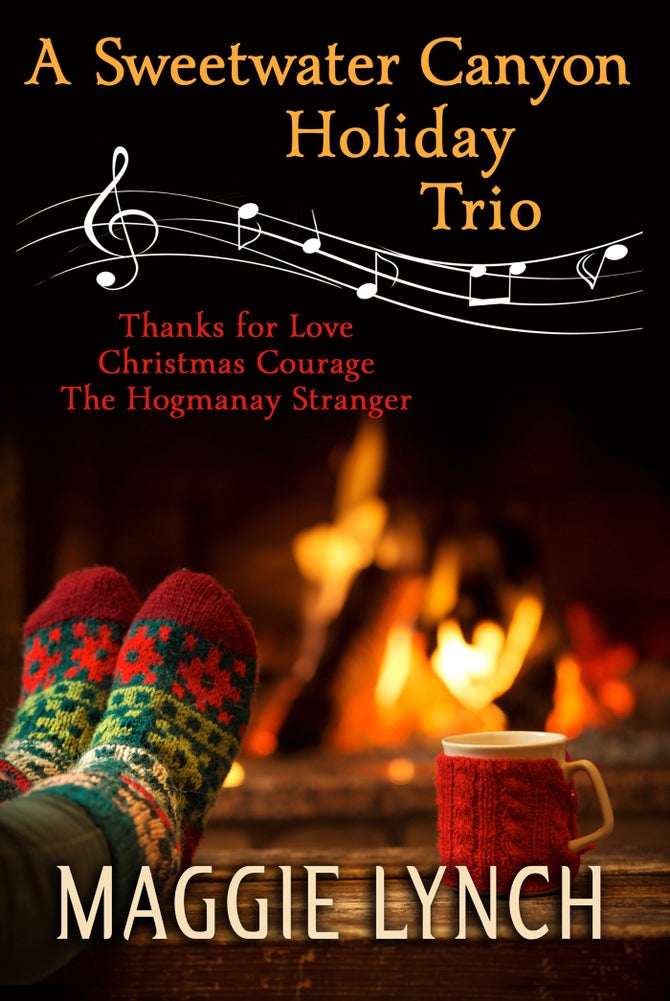 Thanks for Love – A Thanksgiving Novella

Is faith and forgiveness enough to make a family of four survive and thrive?

After Sarah’s horrific ordeal with Amanda, all she wanted was to be in Tom’s arms  forever. But now she’s not sure she is the best person to bring this family together.

When it looks like the wedding is off, Connor and Grady put together a plan to get the family they’ve always wanted. A Thanksgiving Day wedding, with all of Broken Bow in attendance is in jeopardy. Can the boys get the bride to show up?

A week before Christmas, Kat’s father turns up on their doorstep and wants to be a part of her life. As far as Theresa is concerned, when Doug walked out fifteen years ago, leaving her with a two-year-old child and a mountain of debt, he forfeited all claims to Kat’s life. He does not get to waltz in like Santa Claus and re-claim her.

Kat needs more than courage to navigate this Christmas season. She needs a miracle.

The Sweetwater Canyon musicians celebrate Hogmanay in Scotland with Rachel’s father, Gavin Cullen. Since his wife’s death eight years ago, Gavin has never been the same. Running the bed and breakfast inn is what has kept him going.

When a young, homeless stranger is given a room in the inn on New Year’s Eve, he’s met with great caution. Clearing the cobwebs of the past in order to begin anew is a tradition at Hogmanay, but can the Cullen family let go?