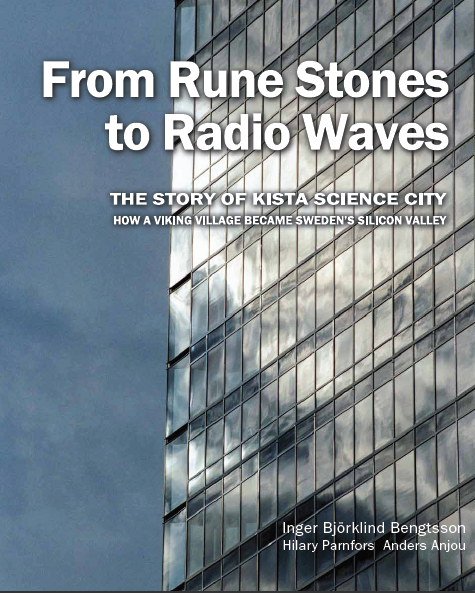 From Rune Stones To Radio Waves

A Highlight in Contemporary Swedish History

In the last forty years, northern Järvafältet outside Stockholm has undergone a dramatic transformation. The Igelbäcken valley where the Vikings once settled - a military training ground in from 1905-1970, has become a science city in the midst of a cultural landscape. The pioneering companies IBM and Ericsson moved here in the late 1970s. They attracted other IT and telecommunications companies, while the electronics industry enjoyed massive global growth.

Kista became a melting pot of business ideas and opportunities. At the end of the 1980s, the Royal Institute of Technology (KTH) moved selected parts of its microelectronics research and education to Kista. At the same time, the Department of Computer and Systems Science (DSV) at Stockholm University (SU) and the research institutes IM, SICS and SISU also moved to Kista. It did not take long before Kista became a node in the global IT development process.

Mobile radio for everyone all over the world started in Kista in the 1980s. The Igelbäcken valley became the cradle for mobile telephony. Indeed, today Kista is also known as the Mobile Valley. In 2000, the City of Stockholm, the Stockholm District of Kista and the surrounding municipalities of Järfälla, Sollentuna and Sundbyberg created Kista Science City.

This project grew into a movement supported by a wide range of enthusiasts: business leaders, professors, academics, engineers, politicians, urban planners, property developers, architects, employees and students. Kista was and remains a fast-paced environment. Not only people working in academia and industry, but even young residents and curious bystanders with all kinds of backgrounds, became involved in the development of this digital society. There are ongoing explosions of innovation at the crossroads between art, science and culture. Ideas often occur by chance, so-called ”accidental learning”, as people, art, culture and science coincide in one place. Sweden's heroes of the future are smart, young inventors!