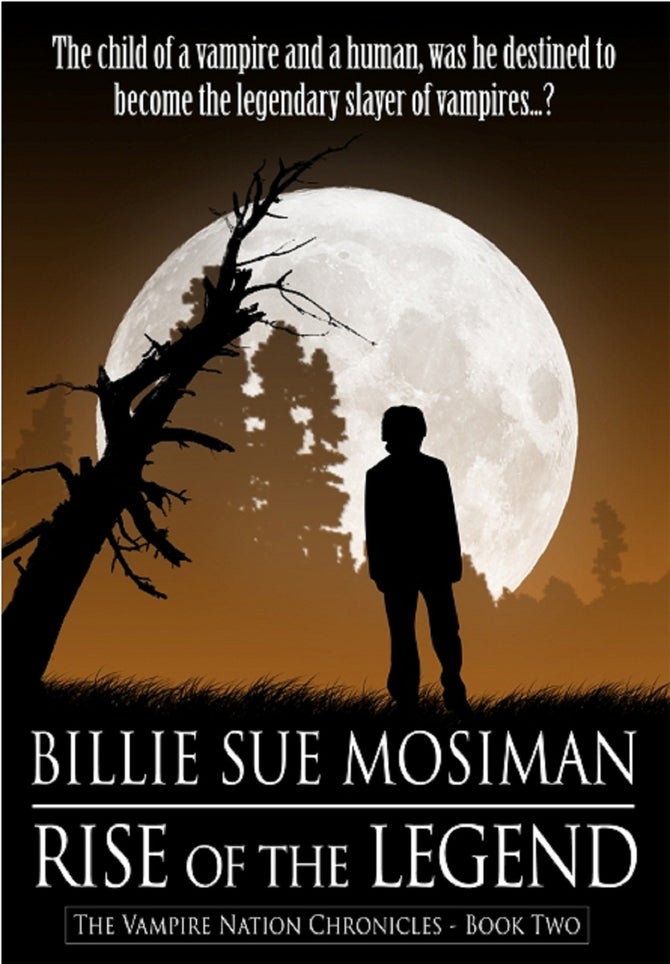 RISE OF THE LEGEND

Rise of the Legend is Book Two in the Vampire Nation Chronicles, but can be read as a standalone novel.

Malachi is the child of a vampire (his mother) and a human (his father). Though mortal, he possesses many of the powers of vampires; and one vampire, Balthazar, is convinced that he is a threat to the most dangerous kind of vampires, the Predators. Balthazar haunts Malachi's dreams and, when Malachi reaches his teens, begins to send assassins after him. Malachi fears for his family's safety and decides to leave home for a while. Meanwhile, in Thailand, imprisoned vampire Charles Upton is planning to escape and wreak havoc on the vampire world by gathering the Predators together to destroy the other two kinds of vampires, the Naturals, who live as humans, and the sickly Cravens. When Upton and Balthazar team up to achieve their respective goals, Mentor, a powerful vampire who tries to keep order among the vampire groups, realizes that both vampire and human worlds could be thrown into chaos and sets out to stop them. Well-drawn characters and a complex plot put this a cut above the usual vampire fare. Kristine Huntley

As a very young child, Malachi was lost in a nightmare, held captive by the will of the terrifying Master of the Predator vampires and marked for a destiny he would not remember when he awoke. He faced many dangers, but none more deadly was the mortal made vampire, Charles Upton, imprisoned for long years by Mentor in a monastery in Thailand. Upton is intent on destroying Malachi and bent on seizing control of all vampires.Malachi must stop him or lose his very soul.

Offered in mobi format for your Kindle or Kindle app for the computer, phone, or tablet.