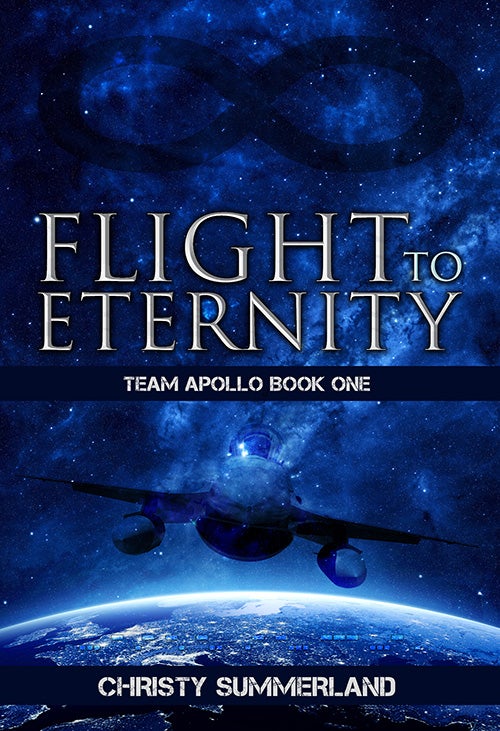 When disaster strikes, who will survive Eternity, and who will be trapped by the uncertainty of space?

The US Air Force Special Space Group is forced to leave the Earth for an uncertain future aboard the USS Eternity space station. In order to survive, Team Apollo and the civilians on board must learn to deal with their surroundings, power struggles, and each other. The fate of the population of Earth is unknown... The fate of the crew and passengers of the Eternity seems less certain. The apparent disaster that forced them into space is almost secondary.

While they try to figure out what to do next, the past threatens to get in the way for Apollo members CJ Sharp and Sean Dresden. Civilian and social worker Tara French is forced into the role of friend and counselor, and attempts to bridge the gaps and understand the tumultuous team dynamic. General Jonathan Randall and House Speaker Augustus Thomas dance in a tight circle for control.