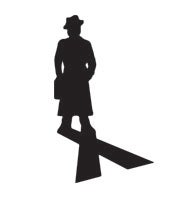 The Knotangler (pronounced, “no tangler”) is an extremely simple yet versatile knot. I call it the Knotangler because one of its primary uses is to prevent tangles in ropes, cords, and – perhaps most often – electrical and computer cables. By way of example, I use it on USB charging cables and headphone cords on a daily basis.

I “developed” the Knotangler in 2006 on an Alaskan fishing trip.   I’m sure the knot has been independently developed by others, but I have not seen it in any book. It is nearly the same as the “Coil” in John Cassidy’s The Klutz Book of Knots (1985), but the Knotangler is tied slightly differently and has some variations (as shown herein, those differences and variations allow the Knotangler to be extremely useful in a variety of situations).