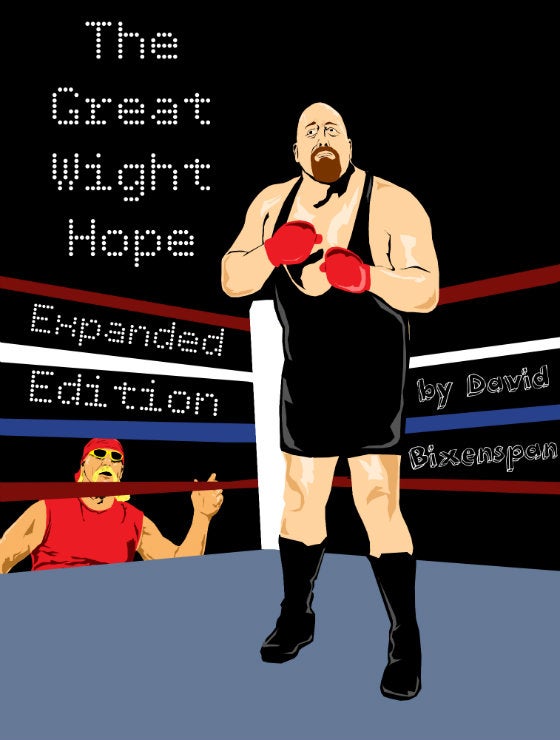 Ordering from PayHip gets you DRM-free files for both Kindle (.mobi) and just about everything else (.epub)!

In 2007, WWE Superstar The Big Show, real name Paul Wight, took a hiatus from professional wrestling to heal up and get in shape. That much is well-known. What wasn't was that, thanks to an arrangement with Hulk Hogan and billionaire aerospace magnate Cecile Barker, he spent that time training for a career as a professional boxer.

Even though he was an aging, broken down, cigarette smoking giant in his mid-30s.

In addition to the original "Great Wight Hope" article that was published by SBNation and appears here with permission, this expanded eBook edition includes:

- WWE's version of what happened with Big Show, Hulk Hogan, and Cecile Barker, as explained in a court motion where they attempted to get a lawsuit filed by Barker thrown out.

- Vince McMahon testifying about how The Big Show vs. Floyd Mayweather was NOT the original plan for WrestleMania 24 in Orlando.

- Hulk Hogan testifying in detail about his pro wrestling career, including how he brought The Undertaker to WWE in 1990.

- Cecile Barker's most colorful moments testifying in the lawsuit that stemmed from the fallout of the Big Show boxing endeavor.