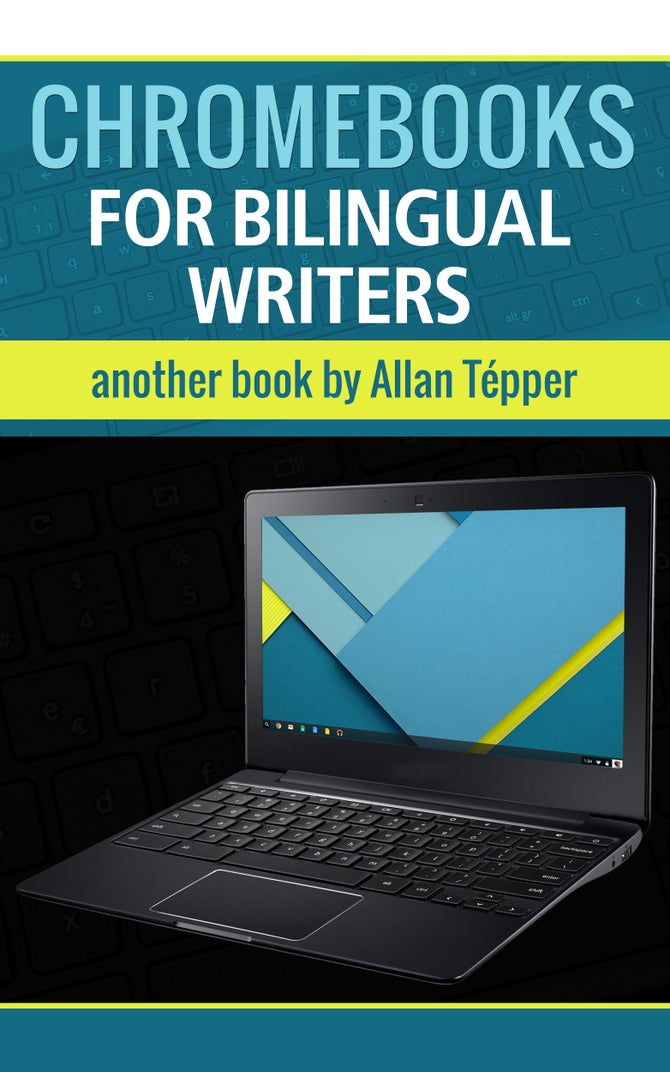 By TecnoTur LLC (Allan Tépper)
(Updated for the second edition) For bilingual writers and audio producers/podcasters, the time has finally come to look at the Chromebook as a serious tool to write and publish our works. Why not before? Because up until recently, the Chromebook platform wasn't really suited as it is now for bilingual writers of certain pairs of languages, or at least among the languages that can be easily typed using single physical keyboard layout, i.e. Castilian, Catalán, English, Euskera (Basque), French, German, Galician, Italian and Valencian. Previously, the Chromebook platform was suited for bilinguals who use any single one of the mentioned languages together with one that used a completely different alphabet, like Arab, Greek, Hebrew, Japanese, Korean, Mandarin or Russian. Fortunately, Google improved the capabilities for bilingual writers who use these pairs of languages, or even for multilinguals and monolinguals.


We get all that power with even better security than the macOS platform, and at a fraction of the price, with the option of choosing a matte screen, something that Apple unfortunately stopped offering many years ago.

In this book, you'll learn what the Chromebook platform really is, how to choose your keyboard, configure your languages and the best apps to write and translate. You'll also learn how to configure your documents to create ebooks and how to export them.

Editorial Review
"Allan Tépper is tireless in his quest to find the best working tools. Equally infinite is his desire to facilitate the use the Castilian language with maximum appropriateness.

Chromebooks for bilingual writers started out as a favor for a friend, and ended up being one of Tépper's mains concentrations for several months. The result? A collection of chapters that -- in a brief and precise way-- solves the doubts than can assault a bilingual writer in the midst of the creation process."

Files you'll be able to download:
If purchasing this ebook directly from here, you will have to option to download: EPUB for e-readers and PDF.