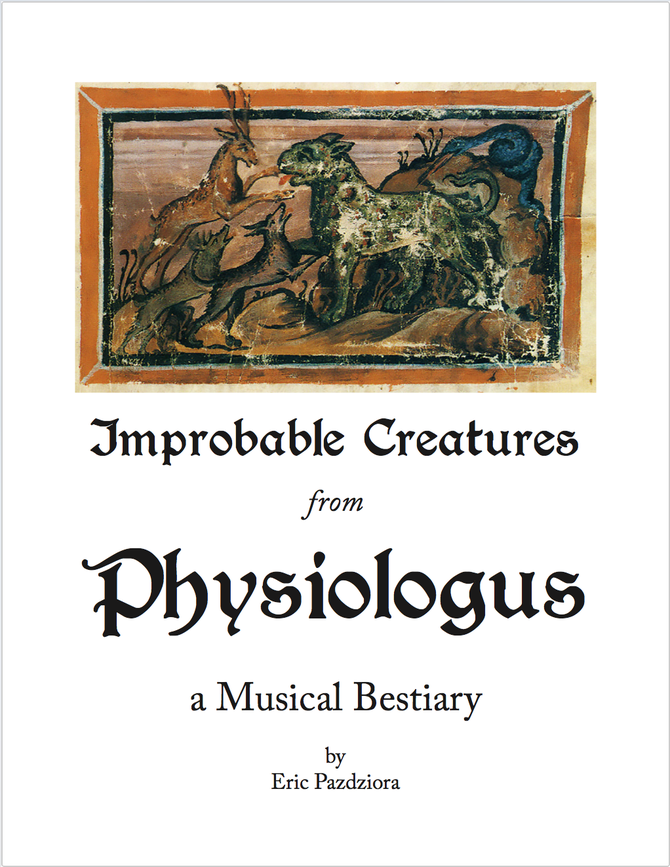 Improbable Creatures from Physiologus: A Musical Bestiary
for Piano Solo

1. Physiologus
2. The Caladrius
3. The Manticore
4. The Cockatrice
5. The Hercinia
6. The Enormous Rabbit
7. The Griffin

Commissioned by Yao Lin (who thought she was joking)

Of the many ancient Bestiaries—that is, books concerning the natures of beasts—the first and greatest is by PHYSIOLOGUS. The creatures he and his successors describe are very seldom seen today. Some scholars judge them to be fabulous; others merely regard them as highly improbable.

To hear a recording and for more information, visit http://www.ericpazdziora.com/improbable-creatures-physiologus-musical-bestiary/