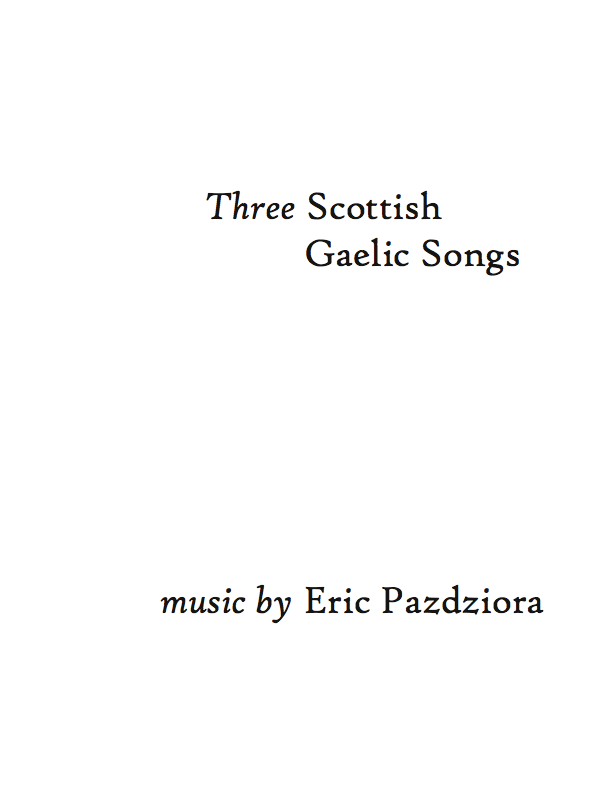 for mezzo-soprano and cello

THREE SCOTTISH GAELIC SONGS was commissioned by Ainsley Patterson and Charlie Rasmussen for the event “Unprepared Music” in 2012, and had its concert premiere at the UNC-Greensboro New Music Festival (2013) with Ainsley Patterson and Roman Placzek. The cycle is composed for mezzo-soprano and cello, setting Scottish Gaelic folk texts to new melodies. “Gheibh sinn Ribinnean” is a children’s song about dancing with ribbons, “Thàladh” is a lullaby for a lost child, and “Sùilean dubha” looks forward to a visit from a dark-eyed lover. My setting blends traditional modes with contrasting polyrhythms for an original take on the modern folk tradition.

To hear a recording and for more information, visit this link.