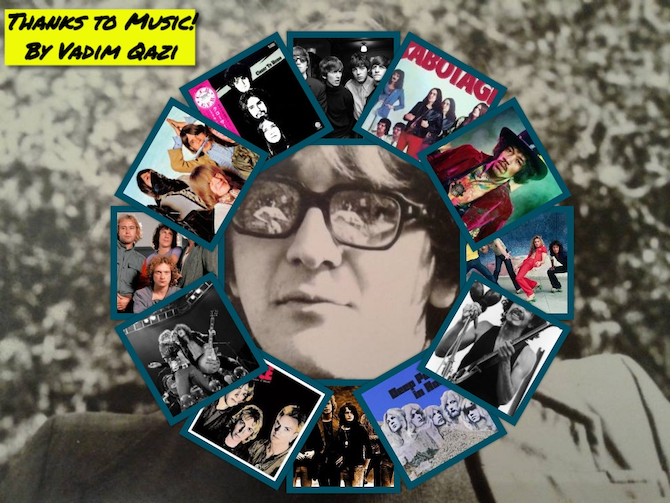 By Vagif Gaziyev
70 - ies of XX century. The period of the "iron curtain". A young fan of rock studies in one of the Soviet schools. His passionate, crazy love for rock and long hair cause respect some and hate others. First love at school and the first disappointment. But the love of music becomes the panacea for everything: his parents ' divorce, and care of his girlfriend! It forcibly cuts in the office of the Director of the school: it is a real abuse of human dignity and humiliation he carries through all the years!

On the threshold of the 80 - ies. The era of new wave, retro and jazz. New groups and meet new people. Passionate meetings with a playful friend and the era of video films.

Another romantic love. She is the embodiment of all dreams! However, it has one purpose to get married, but for him, which is not realized himself in life marriage is a real slavery. She goes... another loss in his life, but ... another new twist.

Gloomy 90 years... the collapse of the Soviet Union and the fall of the "iron curtain".

Our days! Has everything, and at the same time, something we denied. Two friends argue about the advantages and disadvantages of a bygone time! Will you agree with them ...