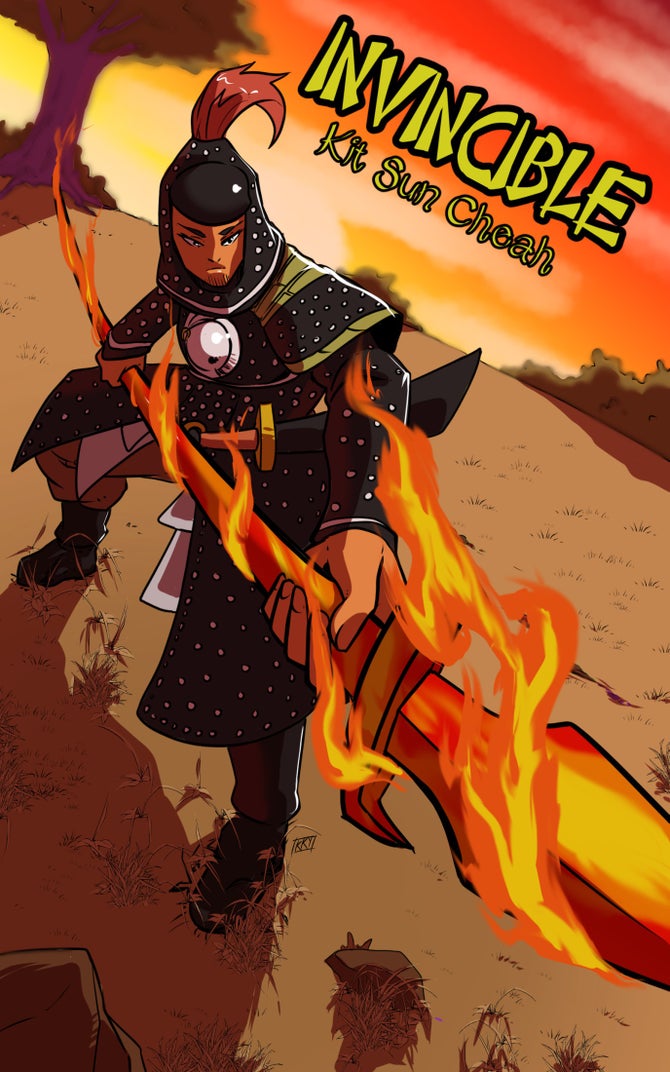 In an Empire beset by internal rebellion and ferocious yaomo, the elite Shenwujun stand ready to defend human civilization. Among the Shenwujun there is none finer than Ensign Zhang Tianyou, who earned the nickname Zhang the Invincible. During a mission to quash a nascent rebellion, a Shenwujun detachment discovers evidence that the Grand Union is supporting the rebels. Zhang is tasked to investigate and destroy this new threat.

But will Zhang the Invincible meet his match at the hands of the rebel called Han the Demon Sword?

Honorable Mention at the Q1 2017 Writers of the Future Contest. Novella, about 16800 words.

This product contains a zip file with the ebook cover, and the story in .epub and .pdf formats.