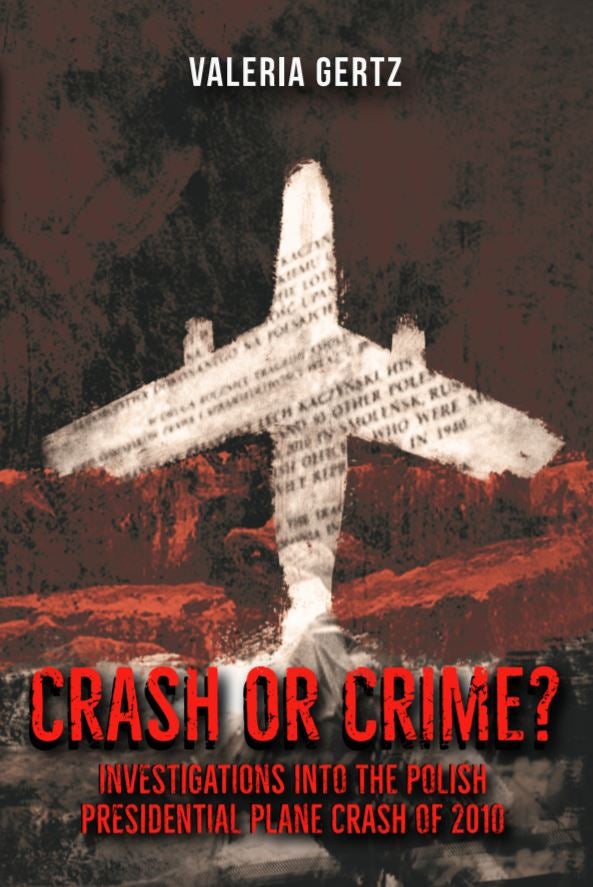 Crash or Crime? Investigations into the Polish Presidential Plane Crash in 2010

By Guarana Inc.
The Polish president and an entourage of political and military leadership perished suddenly in a plane crash in 2010. An official Russian report soon declared that the crash was a fault of Polish pilots, the Polish president, and a single birch tree. Meanwhile, the plane wreck was never returned to Poland, families of the victims were bullied, and a series of apparent suicides ensued – all while the Polish political regime changed to a Russian-friendly government. Anybody following the events asked themselves one question: what really happened in Smolensk on this fateful day of April 10th, 2010?

Violetta Kardynal, a Polish-Canadian journalist who covered the Smolensk crash events as they were unfolding, delves deep into that question. “Crash or Crime?” is a brilliant investigative work which puts the Smolensk crash in an entirely new context: political plots, investigative shortcomings, disinformation, mysterious suicides, and geopolitical events that unfolded since. This is an electrifying page-turner which makes one conclude that history never dies, and the turbulent events of the 20th century continue on.