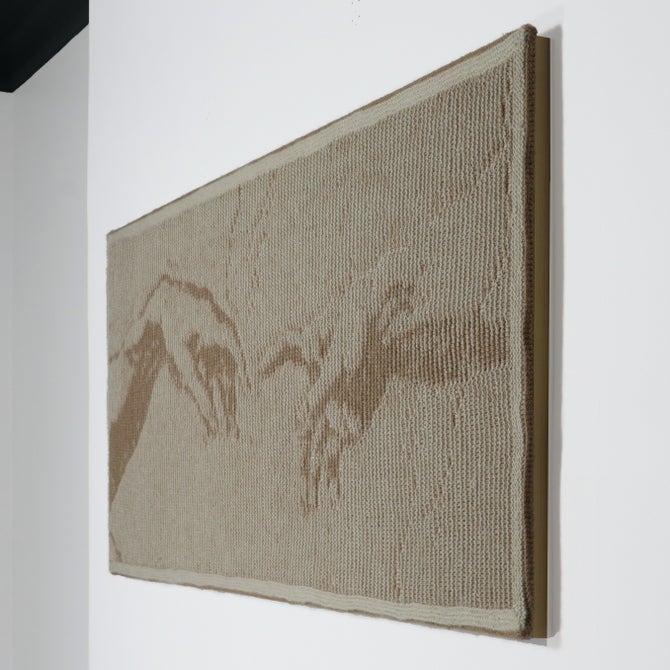 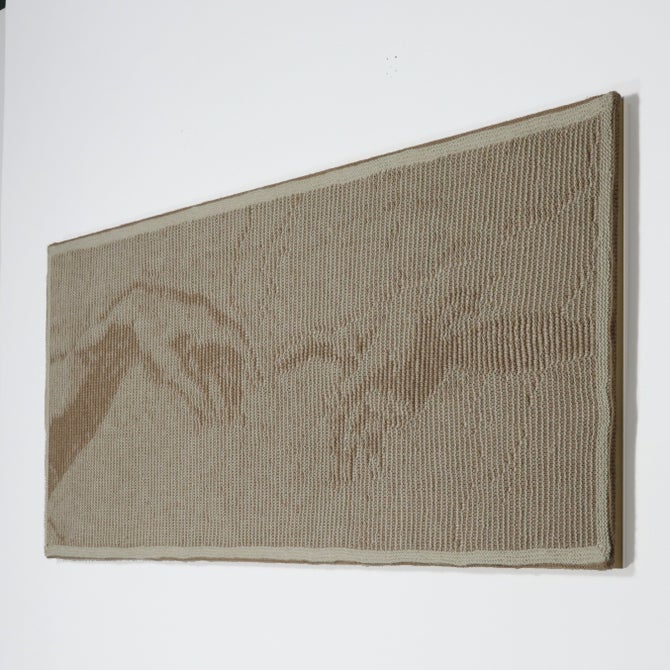 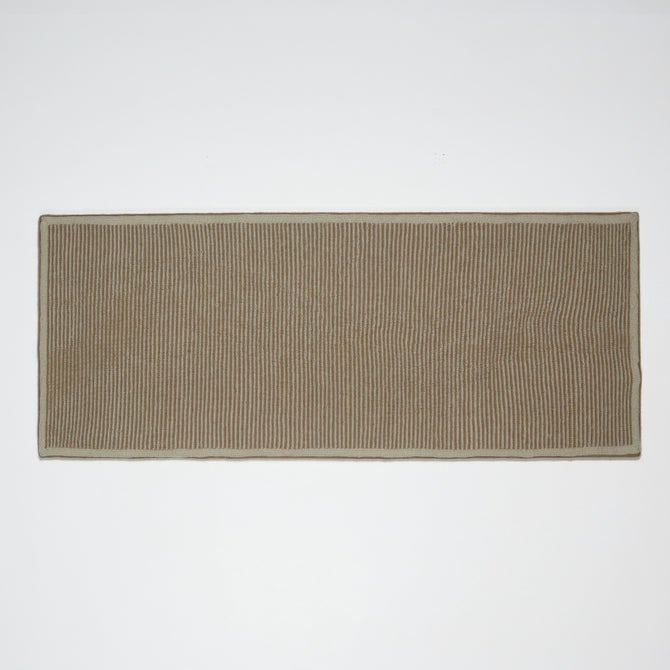 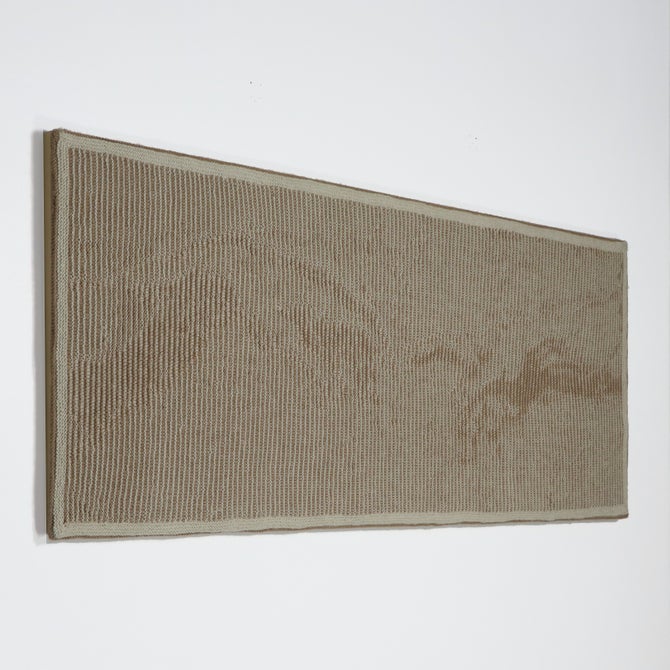 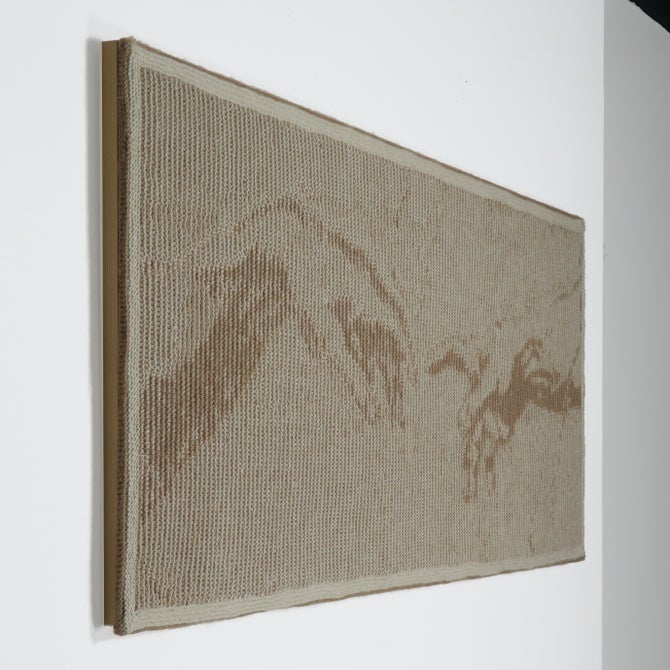 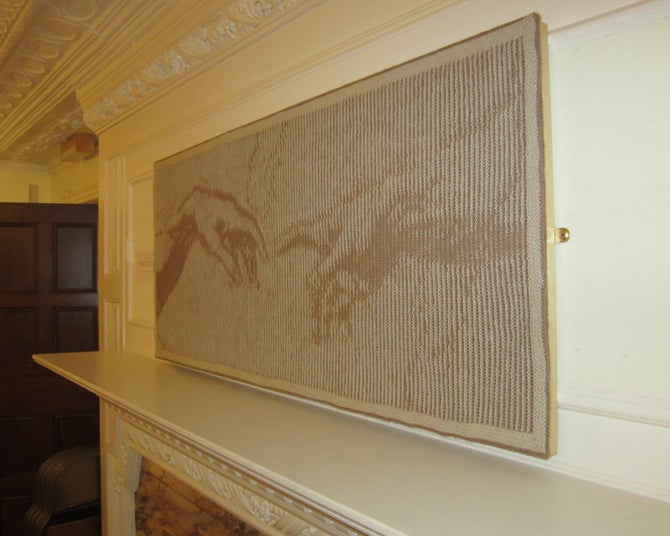 By Woolly Thoughts
This illusion knit is inspired by Michelangelo’s Creation of Adam fresco on the ceiling of the Sistine Chapel.

The wall-hanging measures approximately 142cm by 56cm using DK yarn and 3mm needles and uses around 600 metres (660 yards) in each of two contrasting colours. Approximately 300 metres (330 yards) extra is needed for the border. Using a different yarn would change the overall size.

The pattern also includes instructions for making a triangular shawl. There aew several different version of the charts including some for users of mobile devices.

One of the photos shows our original hanging on display, above a fireplace, at Haworth Art Gallery, Accrington (UK). It was later bought by Ripley's Believe It Or Not!