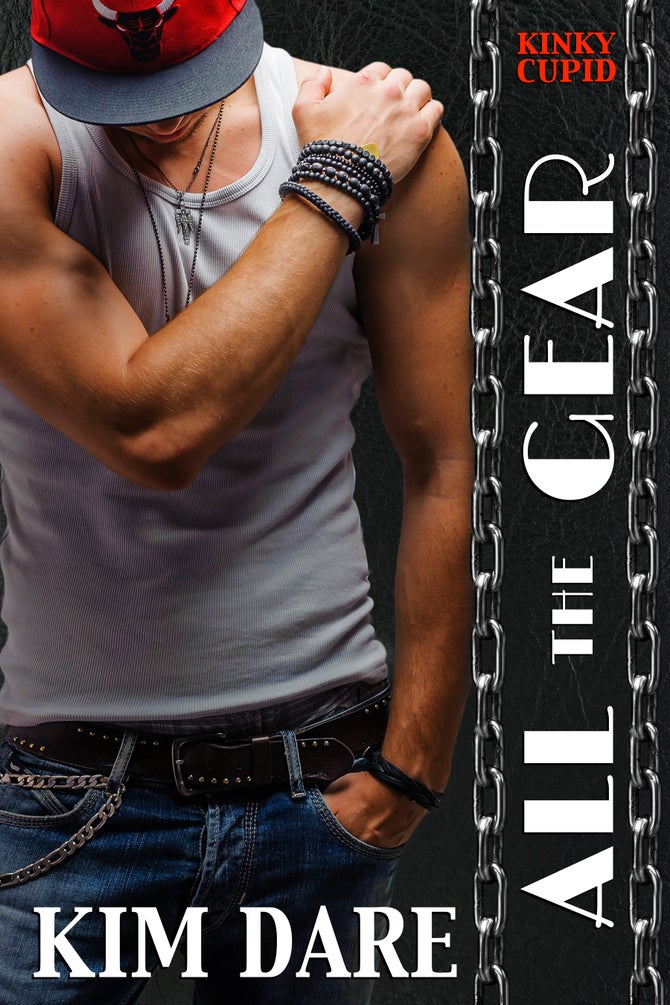 All the Gear (Kinky Cupid 4)

By Kim Dare
McCormack's damned if he'll be the next of Marcus's friends to find himself set up by Bret, and as Valentine's Day approaches, he's especially wary. But, apparently, it's not Bret’s plans for him he should be worried about.

When Mr Tomlinson asks McCormack for a favour, he finds himself going along with it, even though babysitting a novice who has all the gear, but no idea what to do with any of it, is the last thing he wants to do on Valentine's night.

Theo is nothing like the experienced subs McCormack usually plays with, but he soon finds himself captivated by Theo's clumsy yet earnest attempts to please him.

It really does seem like opposites attract, and everything is perfect—right up to the moment when McCormack discovers that one of his friends has a hidden agenda where Theo is concerned.

Please Note: A version of this story was previously published under the title All the Gear, No Idea. This version was substantially re-written and has been extended by over 10,000 words.

Please Also Note: This story is best read in sequence as part of the Kinky Cupid series.