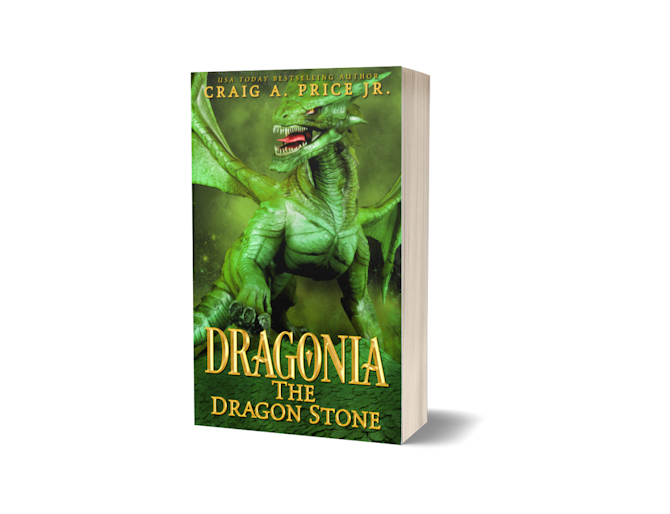 By Craig A. Price
The Dragon Stone steals the souls of dragons… but allows humans to have elemental magic …

Devarius knows the wyverns won’t be enough to face the dragonriders, and the wyvern oil addicted dragonmen cannot be trusted.

The resistance has won a few battles against the empire. The wyvernriders have proven effective, as have the dragomen, and now with the newly discovered drakes they have a fighting chance. But it still won’t be enough.

They need to pull off a heist in the center of the Dragonia Empire.

Devarius and the resistance need the dragon stone. It is rumored to give magical abilities to whomever touches it without addiction. No more siphoning oil from the wyverns for temporary magical abilities for the dragonmen, temporary abilities from a substance that has proven addictive. No more relying on mediocre spellcasters drawing their power from wyvern scales around their necks.

They need the dragon stone.

Are the rumors true?

Can it give whomever touches it limitless power?

Will stealing the dragon stone prove a turning point in the war?

Will they be able to steal it unnoticed?

The fate of Kaeldroga depends on it.

If you love Anne McCaffrey and Christopher Paolini and you’re looking for a great new dragonrider series to read, you’ll love Dragonia because it matches dragonriders against wyvernriders in an epic battle of good versus evil.