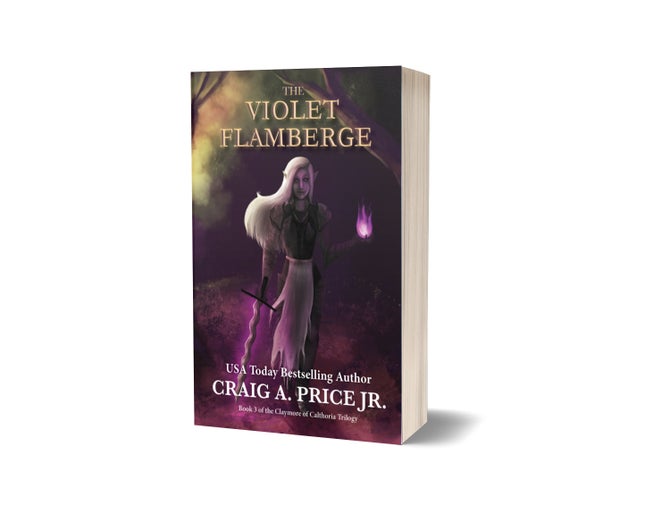 By Craig A. Price
An immortal is dying… the dead are rising …

With one friend dead, and the other captured, Searon has a difficult choice to make. Save his friend or save all of Calthoria.

More than the draeyks and daerions threaten Calthoria now. Even though they’ve defeated the warlock, Searon still has to oppose the undead kheshlar, who is relentless to cast her vengeance upon the kheshlars, and she has found a new alliance in a group of women who are adamant to abolish the male-led government.

Searon’s brother is now king. His life is now wrapped up in politics, which means he cannot confess his love to an immortal, especially one who is dying. He does everything in his power to find a way to heal her, but a dagger gets thrown into his plans when she disappears, and now he has to do anything he can to find her and save the heir to the throne that she carries.

If you love epic fantasy full of action and snarky dialog, you’ll want to grab The Violet Flamberge today, because it’s an adventure that suck you into a world that you will never want to leave!