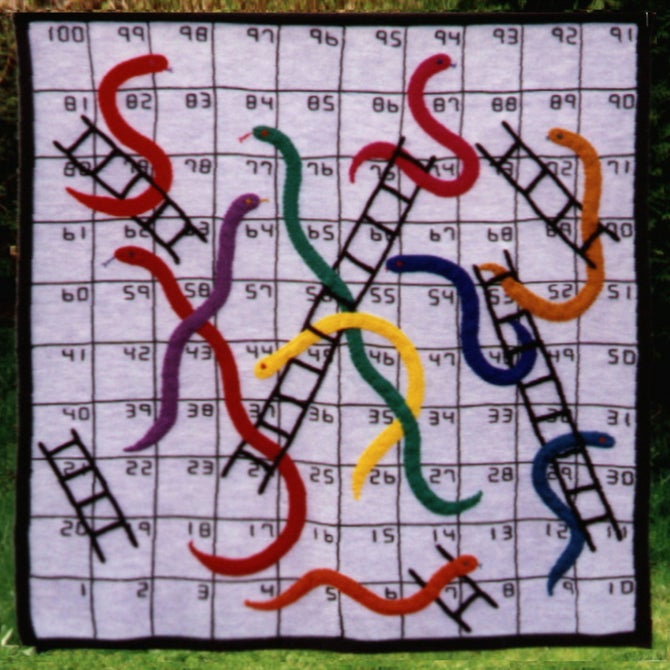 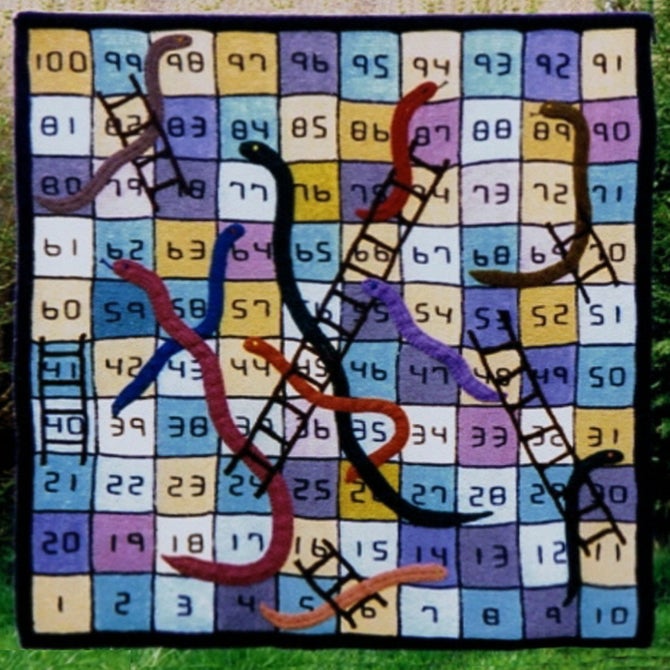 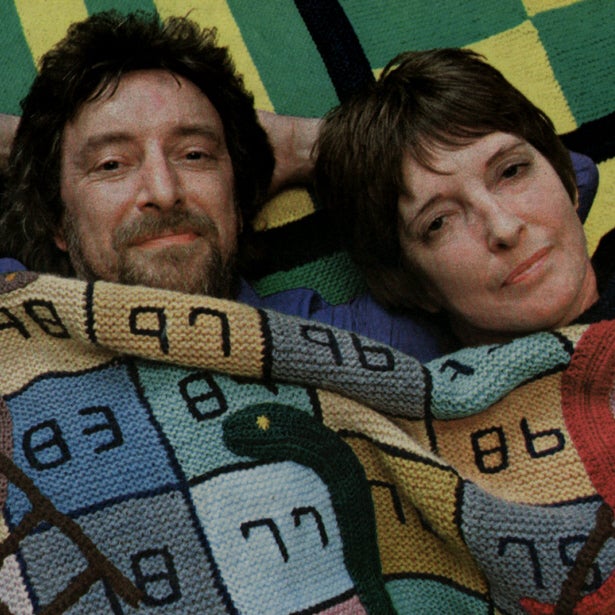 By Woolly Thoughts
There are two versions of this afghan/floor game. One is knitted entirely from oddments of yarn and costs absolutely nothing to make. The bits of yarn I used were, individually, rather dull and uninteresting but together they create a very harmonious effect. The second afghan shown was made on a knitting machine with a garter carriage, using a single colour as the background. It could also be hand knitted. The pattern has instructions for both.

The numbers are embroidered on - which is very easy as the garter stitch construction acts as a grid for adding the stitches. The snakes and ladders can be made in various different ways.

These afghans have proved to be very popular with both groups and individual children. Children with impaired movement, or problems with coordination, can particularly benefit from the large scale of the game.

One of the photos, of us under a Snakes and Ladders afghan, appeared in the colour magazine of the Times Educational Supplement.

The pattern is also available in Afghan Games, a book of 6 games, which includes
Designed by mathekniticians Pat Ashforth and Steve Plummer.