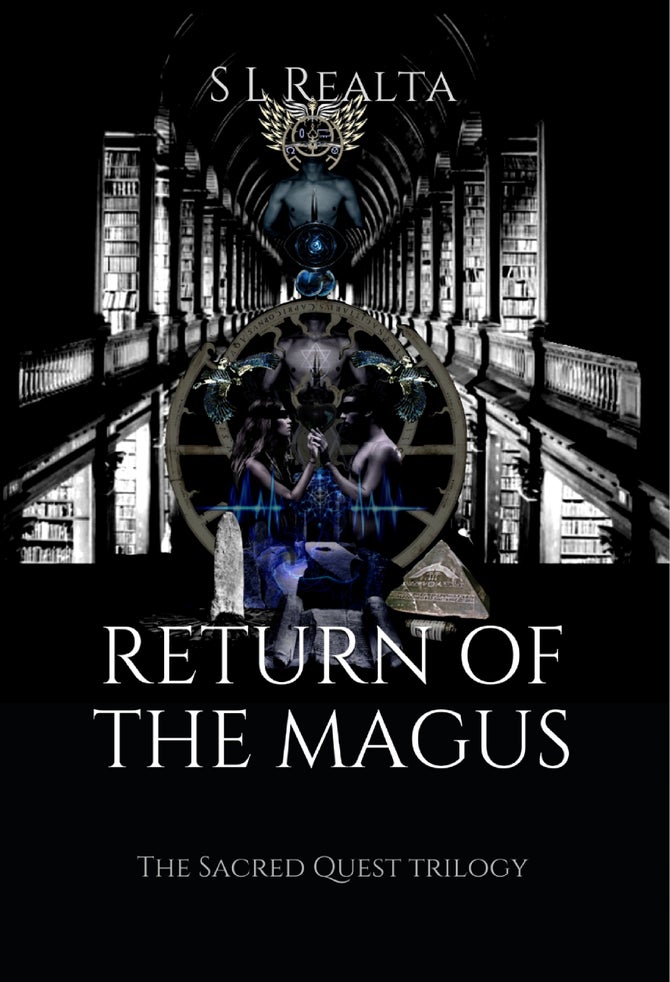 Return of the Magus (The Sacred Quest Trilogy Book#3)

As the race to return the Magus to earth hits a crescendo, the staggering truth of who he and Ahqulieah really are emerges. The ceremonial blood magic that binds them works its magic, igniting a highly engineered alchemical plan they once created together.  This plan was designed for a single purpose; To join and fuse two worlds in order to create a new human.

The deadly ancient enemy finally reveals its harrowing identity as it wages the ultimate psychological, mind controlling war. The horrifying truth of its real control over Ahqulieah and the Magus, and over all of creation, becomes apparent in epic revelations.

As the gates of time and mortality come crashing down, Ahqulieah is faced with the devastating life or death choice she must now make in order to reunite with the man she has loved for eternity.

Nothing is what it seems.