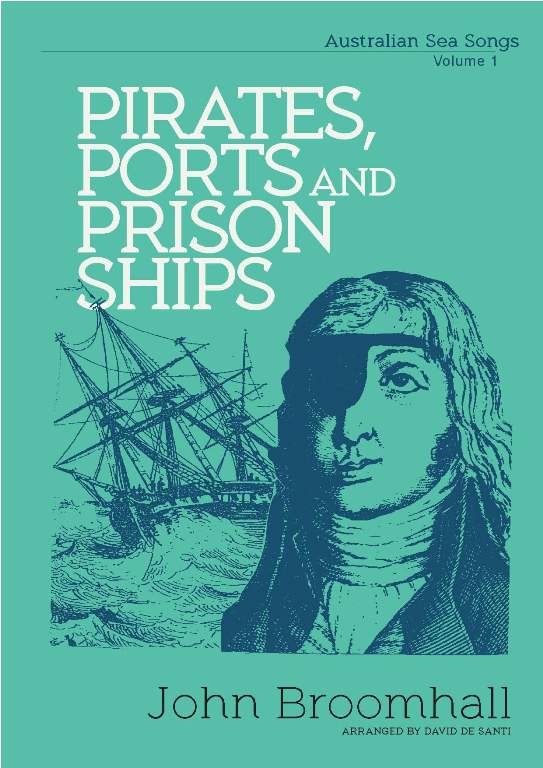 This first volume of Australian Sea Songs contains 30 songs which span two centuries of Australian history. The traditional tunes and transportation ballads which accompanied the arrival of the first fleet of prison ships soon gave rise to homegrown songs which reflected the momentous events occurring on Australia’s shorelines during the first century of European settlement: piracy, shipwrecks, voyages of discovery, immigration. By the second century maritime workers were writing songs which expressed their occupational identity while the poets and songwriters were increasingly looking towards the ocean for inspiration and fresh directions.

John Broomhall was born in Broken Hill and his early albums reflect on the working life and landscape of Australia’s outback. He began gathering the songs which make up this current collection in the 1980’s. He was the shanty singer on the Bounty replica for the best part of a decade.

David De Santi is a folk music activist, festival organiser and has a keen interest in promoting, performing and publishing Australian folk music.