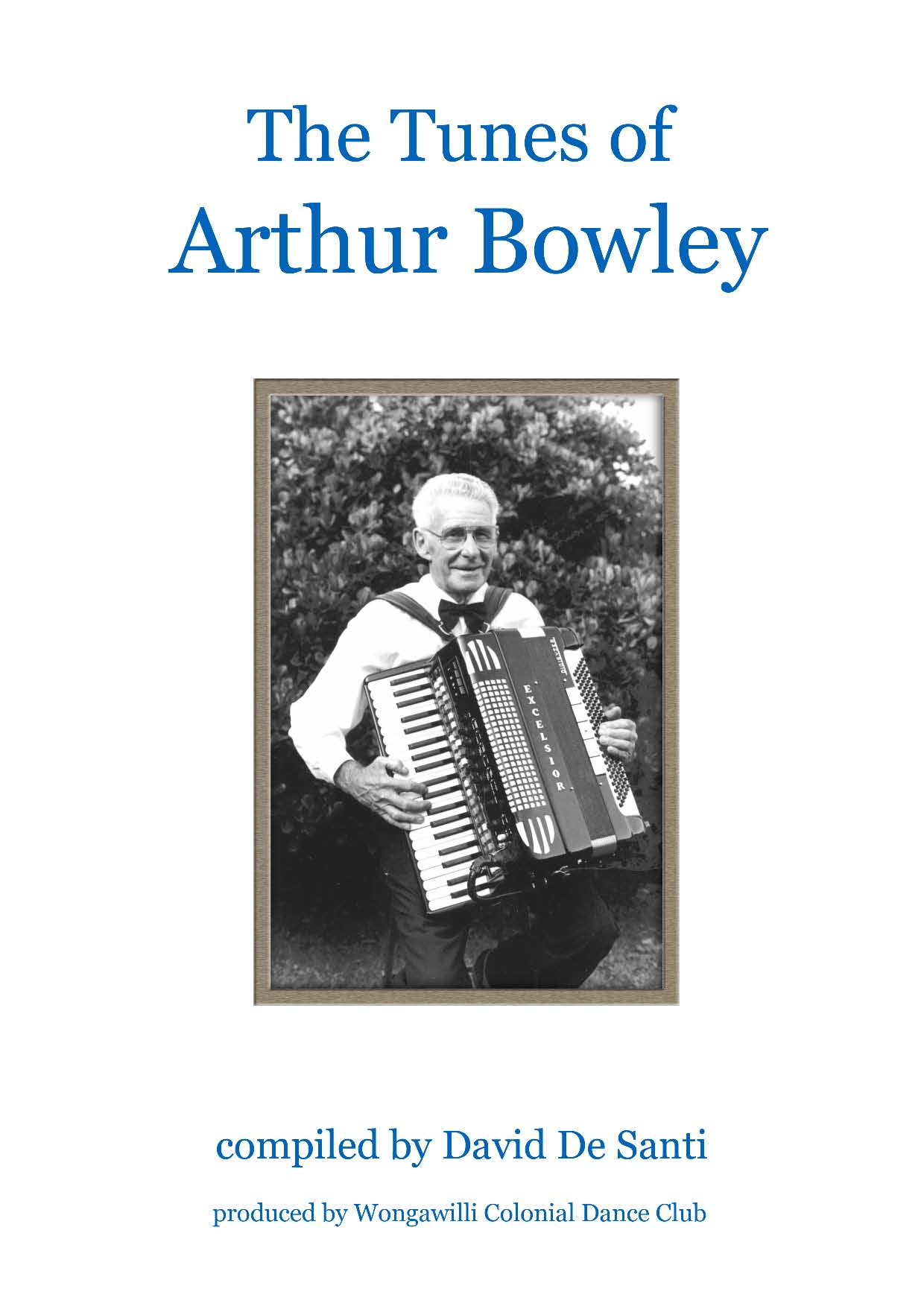 Arthur was born 11 March 1913 in Queabeyan. He taught himself the piano accordion to play at the Marhsall Mount Old Time Dance which was established in 1953. Marshall Mount is situated on the South Coast of NSW near Albion Park. The dance is still going strong and is held fortnightly.

Marshall Mount is only distinguishable by the presence of a Hall, a previous one teacher school, Marshall Mount House and a few farms but its impact on the Illawarra district of NSW socially and historically has been notable. Socials began in Marshall Mount House in 1934 with music provided by members of the Bowley family, Roy Hazelton, George Smith, Ollie Watt and Mrs A. Doyle.

The year 1953 saw the opening of the hall and the beginning of the Old Time Dance with Arthur Bowley as the leading musician of the Marshall Mount Merrymakers. Arthur retired in 2002 and died in 2006.