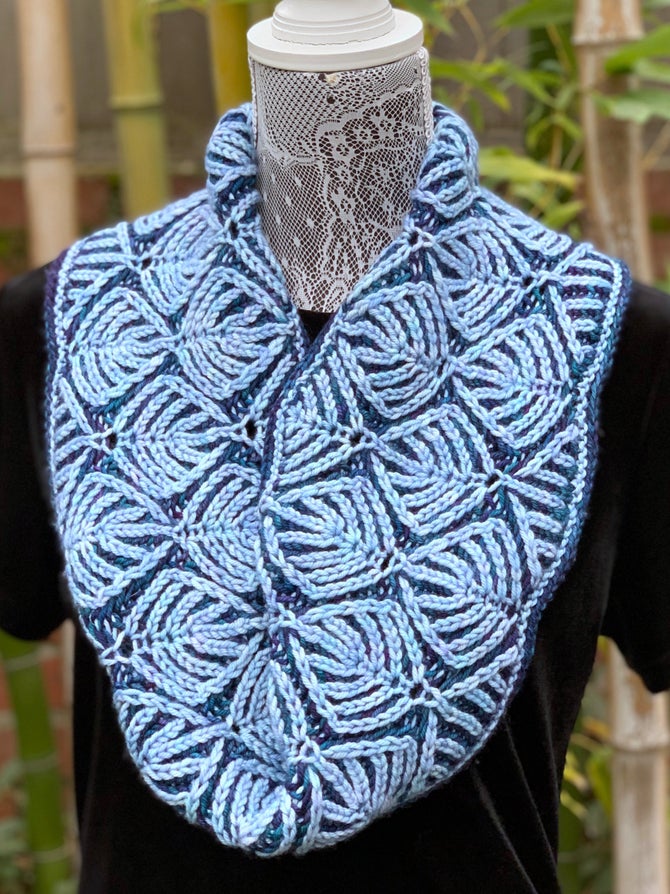 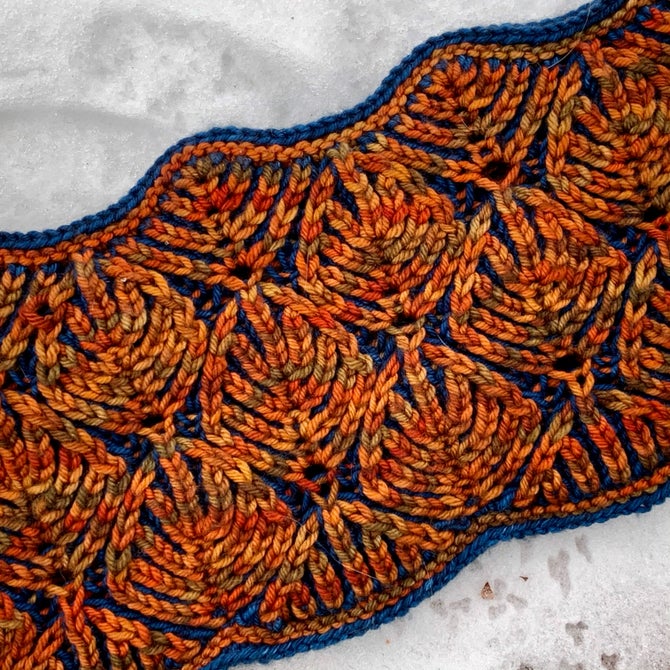 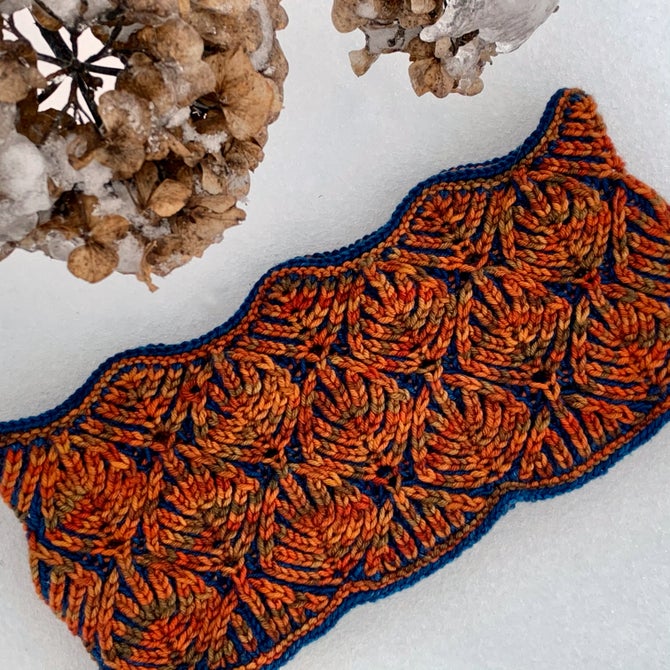 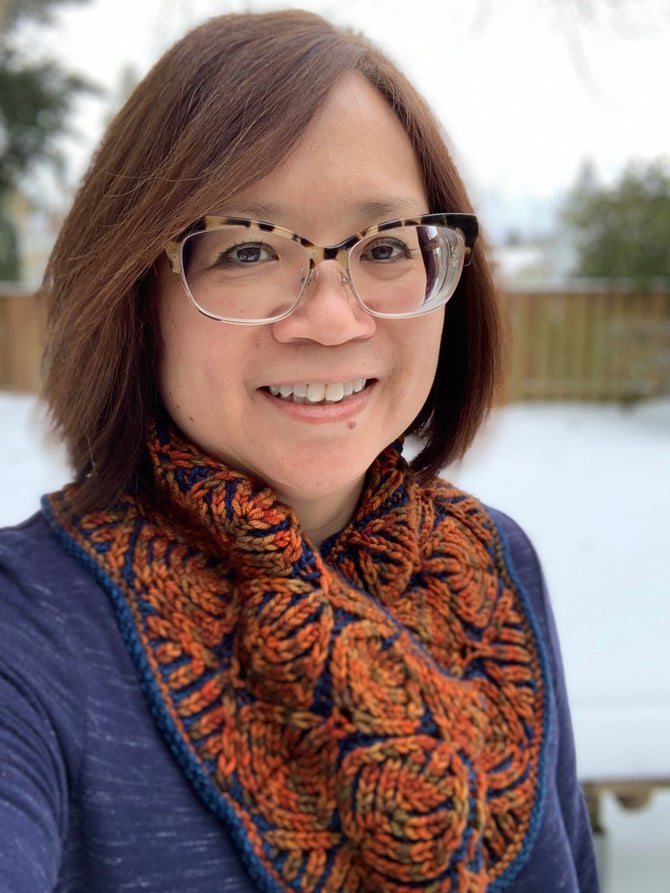 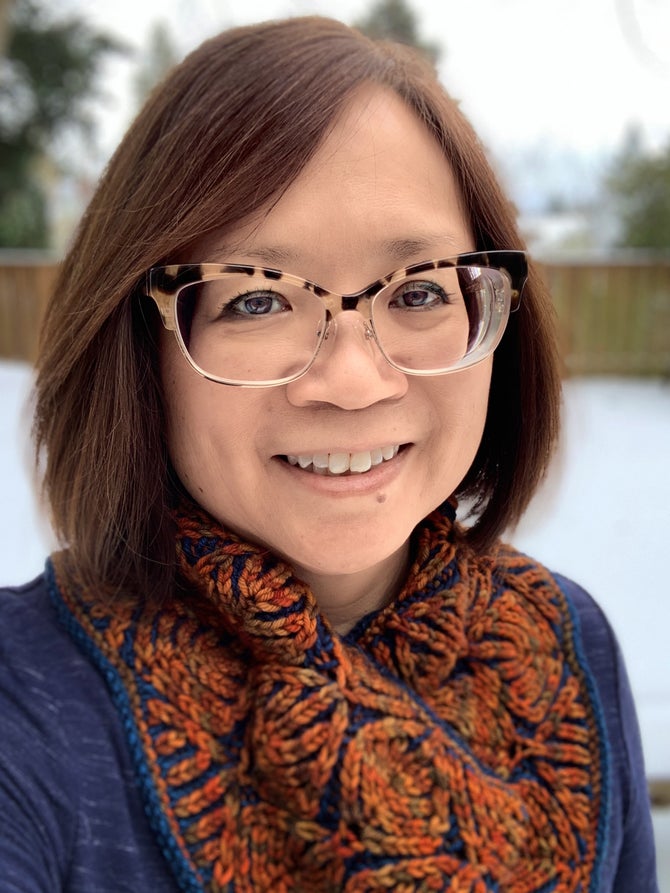 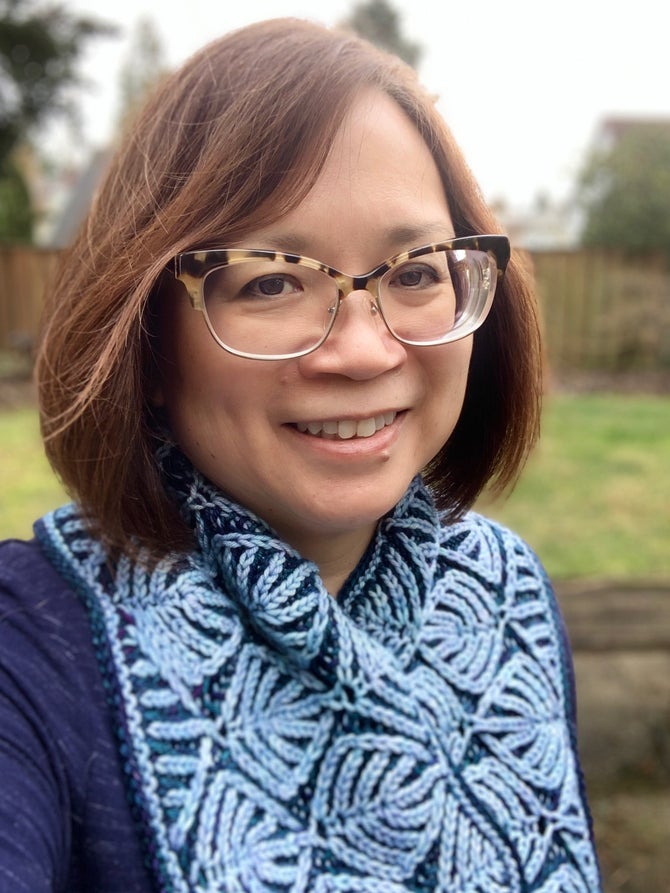 By PDXKnitterati/Michele Bernstein Designs
The Leafy Origami Loop Cowl features a stitch pattern that falls into mountain and valley folds, just like origami.

The pattern is 2 color brioche in the round in worsted weight yarn, and is written to create a 32 or 36” loop. But you can knit fewer repeats on a 16” circular for a cozy 20” neck warmer, if that’s your preference. The beginning of round moves on several rounds, which is a bit tricky, but there is a video tutorial to show you how.

Edit: It has been brought to my attention that this cowl design is similar to Nancy Marchant's Forest Wreath, which was not on my radar. I took a look, and my design has a smaller leaf pattern and different edge treatments. The stitch pattern is based on the Under Dutch Skies stitch pattern in Nancy Marchant's book, Knitting Fresh Brioche, but is not the same.

Thanks to Meaghan Schmaltz for tech editing.

You are purchasing a pdf file so you can knit your own Leafy Origami Loop Cowl.