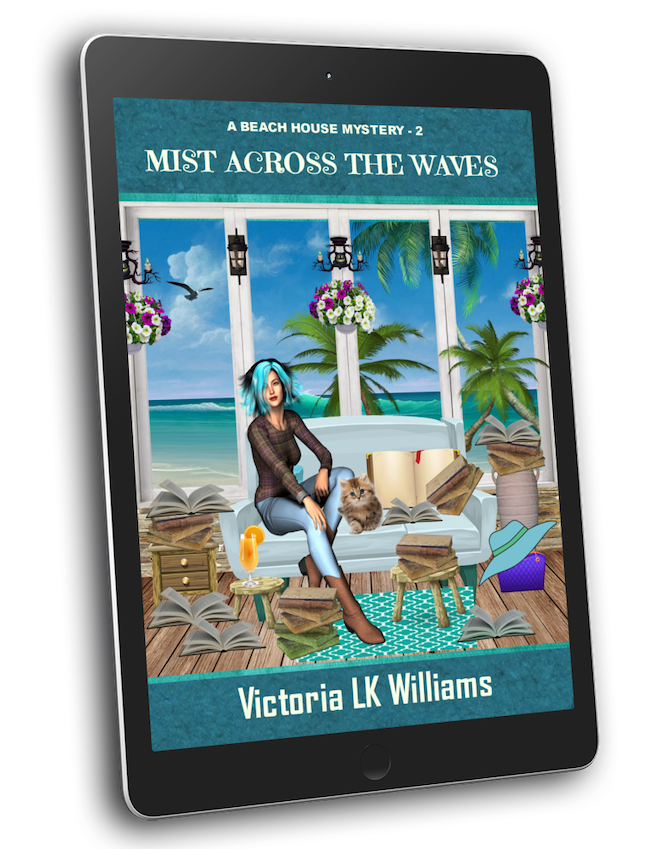 Mist Across the Waves, ebook

By Victoria LK Williams
Morgan knew she didn't want to go out to sea...now she knew why.

The simple act of a surprise birthday party brings trouble from the depths off Pearl Island, and Morgan is forced to solve a murder and confront the threat to the island. It's her destiny to protect Pearl Island, and its residence, just as it's Cora's destiny to try and destroy Morgan.

The sea witch is full of trickery and malice as she tries to lure a group of ocean salvage divers with the promise of gifts from the sea. But Morgan, with the help of her friends Gabe Holleran and the Colbright sisters, plans her own  slight-of-hand.

Who will win this battle?

As Morgan tries to find the murderer, she also discovers more about the history of Pearl Island and the roles the Seaver Family has played in the battles against the tricks and deceptions of the sea witch.