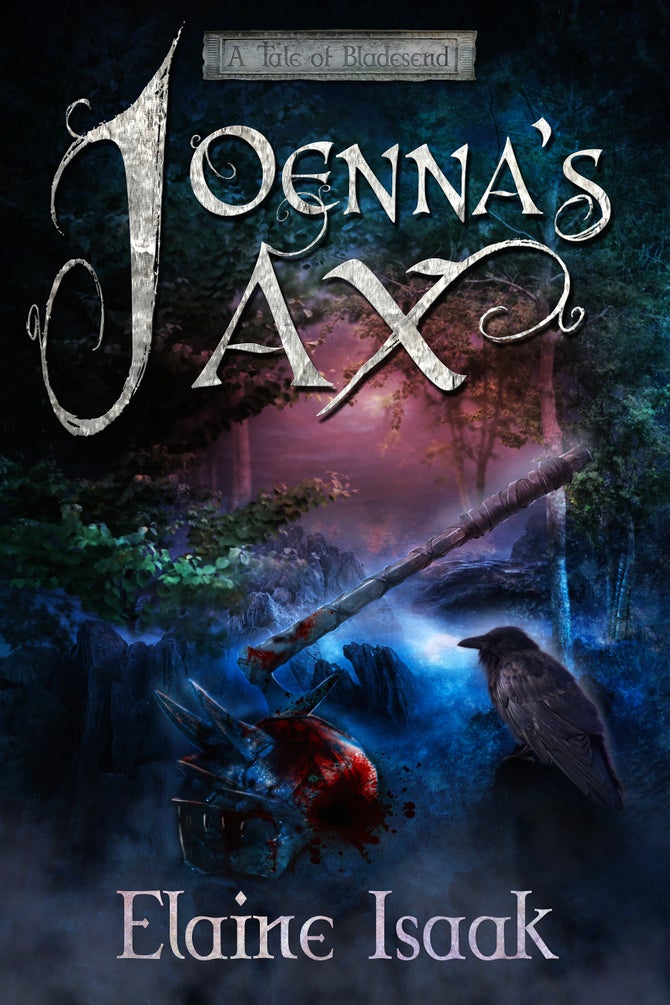 By Rocinante Books
Tales of Bladesend:  Epic Fantasy Novellas about heros who believed their battles were over--until they came home.

After Joenna's half-orc son is killed in battle, she disguises herself as a man to join the army and avenge him, adding one notch to the handle of her ax for every demons she kills.  But when she volunteers to lead a suicide charge of half-orc scouts, she risks her secret and her own mission to try to save them.  Rewarded for her prowess with a grant of land and ownership of her half-orc man-at-arms, Joenna plots to rescue all of the half-orcs from the king's plan to destroy these reviled bastards—making herself a traitor along with them.  When their haven is discovered, Joenna leads the half-orcs in a desparate fight against a famous warrior and his knights in the hopes of winning their freedom and claiming their humanity.