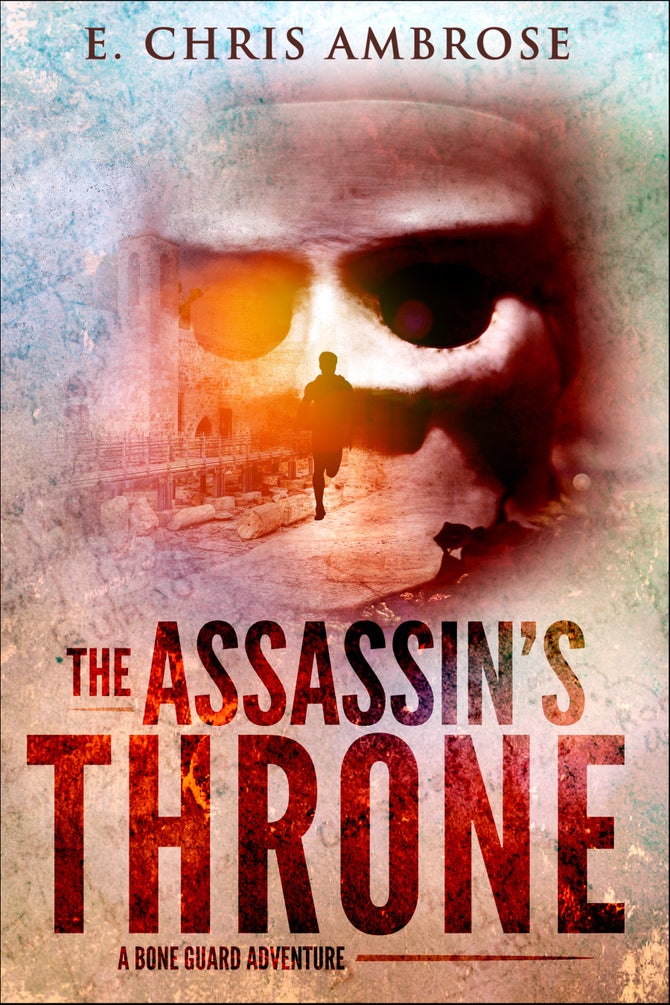 By Rocinante Books
A Templar betrayal, ancient Assassins and the self-proclaimed King of Jerusalem, hell-bent on reclaiming his throne.

In the palace of the Byzantine Emperor stood a technological wonder fusing mystic symbols and ancient technologies: the awe-inspiring Throne of Solomon, challenging the unworthy with automated figures made of gold. In 1204, the Fourth Crusade pillaged Constantinople and cast the throne into darkness, the stuff of legend. . . until now.

When a wealthy roboticist hires the Bone Guard for her charity photo shoot, it's the perfect chance for some R'n'R. Stand around looking tough, transfer an ancient manuscript, retire to the client's mansion for a night of luxury--what could possibly go wrong? Then Grant's stand-in gets shot, their objective stolen and the archive catches fire. So much for Nick's mantra of "details, not ops."

Instead of kicking back with champagne, Grant and his wingman plunge straight into danger, chasing a killer, a thief, and an old adversary they know as the Phantom.  Their client is lying, their objective is missing, and their reputation is on the line—along with their lives—as they hunt for clues in Turkish baths and ruined churches from Istanbul to the Dead Cities of Syria.  Modern wars spark ancient rivalries, leaving Grant caught between the man who would be king, and the mystery shrouding his throne. The Templars are after Grant's head, and the next target is the woman who ignited his heart. The Bone Guard is on the job and the legend's about to get real.