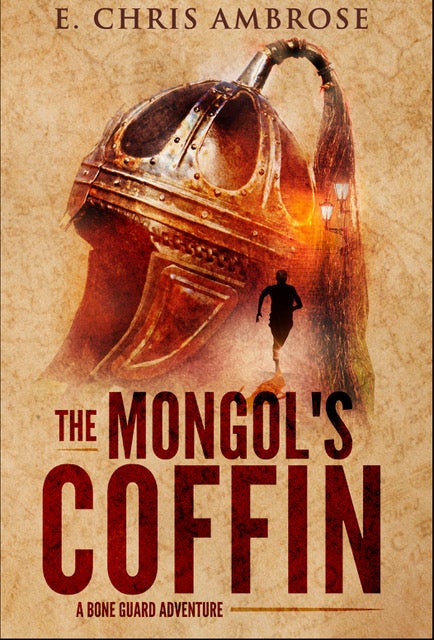 They used to be part of an elite group known only as the Unit—until the brass decided to ignore their intel, and they followed Lieutenant Grant Casey into a firestorm to save a museum, and the people trapped inside.  The aftermath leaves Grant and his wingman in the hospital, and the whole team on the outs with the military.  But Grant fuses his interest in history with his specialized training, and the Bone Guard is born.

The Bone Guard. . .where adventure and history ignite.

When Liz Kirschener discovers a musical map to Ghenghis Khan's tomb, her scholarly life explodes into arson and gunfire.  Grant Casey brings in his team for a race to the tomb—to prevent Chinese authorities from burying it forever. This novel speeds from Cambridge, Massachusetts to Cambridge, England in search of clues—then flies to Inner Mongolia, bringing together a Mongolian singer, Grant's ex-commanding officer and a Hong Kong billionaire with a secret past.  Mongolian traditions clash with modern priorities in a high-stakes adventure to save one of the world's greatest lost treasures.