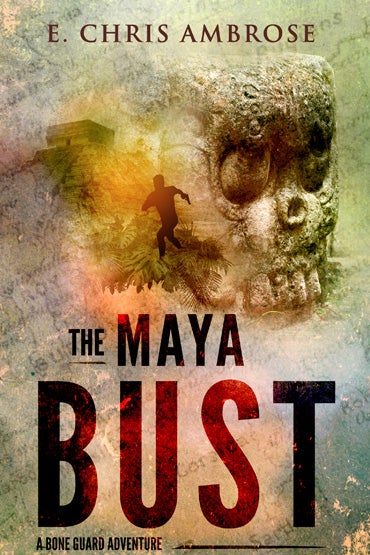 By Rocinante Books
A secret stash, a hidden crypt, a father's love—sworn in blood

When his former commander's estranged daughter vanishes in Guatemala, Grant Casey treks a deadly jungle and dives a sacred cenote to free her from a drug smuggler looking for a stash in an ancient pyramid.

Before his death in a rain of gunfire at her Quinceañeria, Raxha Castillo's druglord father encoded a map on a cacao cup, a map that might lead her to millions in drugs in the tomb of Maya royalty. A decade later, his mistress gave the cup to some Americans to prevent Raxha from completing the delivery and re-establishing the influence of the deadly Zetas cartel.  Determined to claim her father's legacy, kidnapping is only the beginning of a quest that may end with Raxha tearing out the heart of her enemy.

Awakened by a call from his commander's ex-wife, and sworn to secrecy about his rescue mission, Grant's integrity is torn. Does he betray his client's trust, or the man who hated him for so long, the man who risked his life to save Grant's own?  He sets up for his former CO to follow the clues while he tracks down Lexi's friends to find the cup—and only then finds out Lexi's boyfriend is missing, too.  How complicated could this get? Oh, yeah, Lexi is deaf, the police are complicit, and their adversary keeps a pet jaguar.  When the ransom exchange goes south, Grant embeds with the bad guys in a desperate attempt to rescue the victims before they become the latest blood sacrifice.