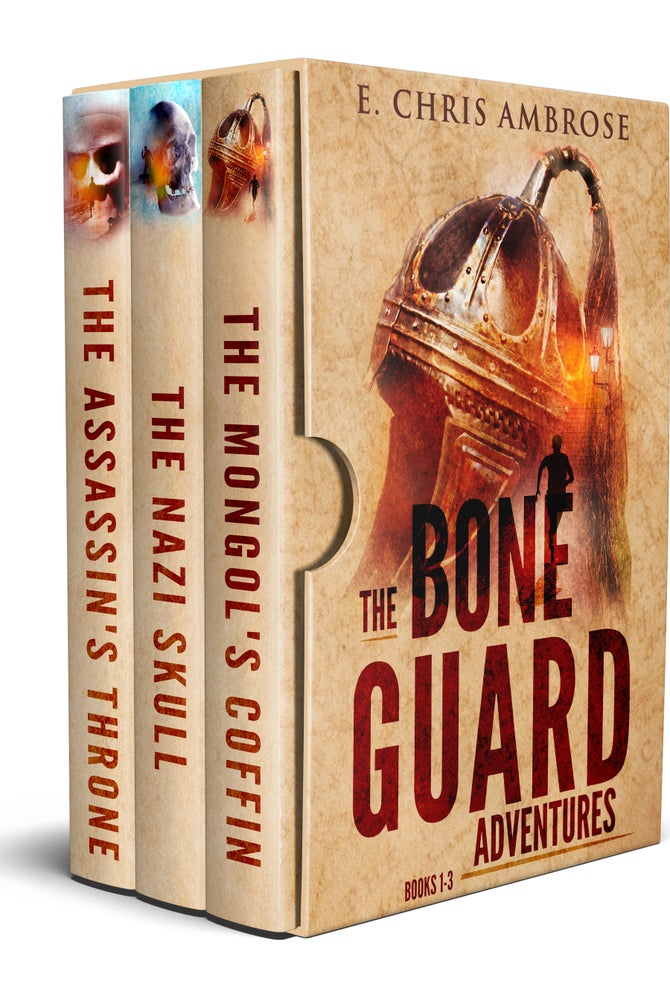 By Rocinante Books
What if Indiana Jones had served in special forces?

This archaeological thriller series travels the world punching Nazi's and preserving cultural treasures.  Veteran heroes take on the bad guys and uncover the secrets of history.

"If you thought thrilling tales of archaeological discoveries and conflict began and ended with the Indiana Jones movies, you’d be wrong.  In her gripping Bone Guard series --- The Mongol’s Coffin and The Nazi Skull --- the talented E. Chris Ambrose tells tales not only of action, but of discovery and dedication of those determined to save important relics from our past.  Impeccably researched and well-written, this series is highly-recommended.” ~ Brendan DuBois, award-winning and New York Times bestselling author of The Summer House

The Bone Guard adventures--so far!  This three volume set includes: The Mongol's Coffin, The Nazi Skull, and The Assassin's Throne!  Plust a bonus short story, The Chief's Boss--and an exclusive teaser from book 4, The Mayan Bust, forthcoming in 2021!