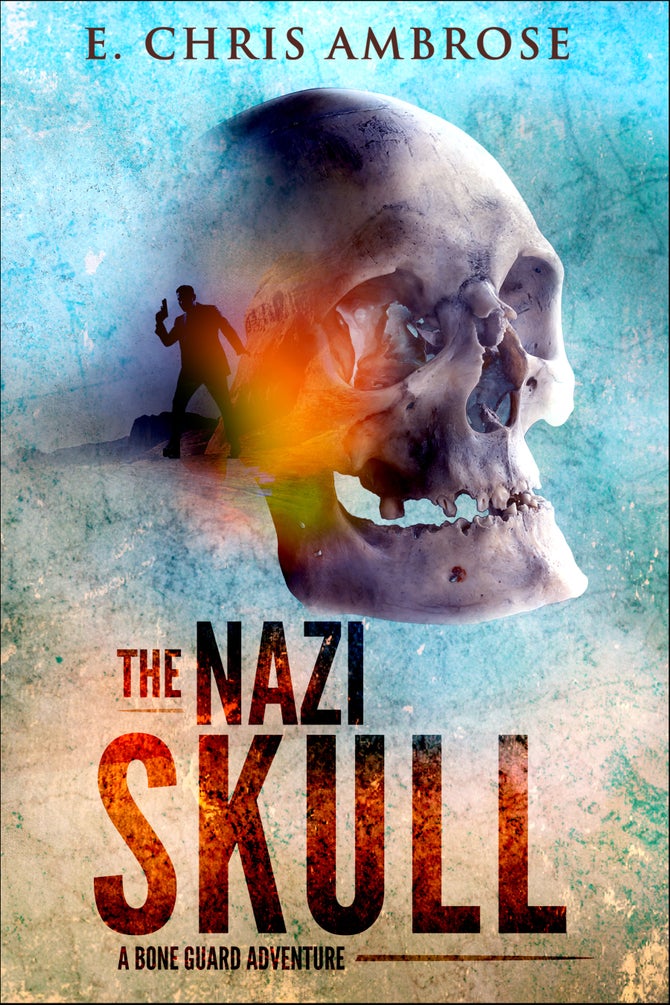 By Rocinante Books
A furious hunt for a sunken sub explodes the desert night.

They used to be part of an elite group known only as the Unit—until the brass decided to ignore their intel, and they followed Lieutenant Grant Casey into a firestorm to save a museum and the people trapped inside.  The aftermath leaves Grant and his wingman in the hospital, and the whole team on the outs with the military.  Grant fuses his interest in history with his specialized training, and the Bone Guard is born.

When there's a break-in at the tribal center on the reservation where he grew up, Grant flies home to Arizona only to find himself confronting white supremacists, Nazi eugenics and the tribal elder who refuses to speak his name:  his own grandfather.

His family's sacred cache is broken into and an immigrant beaten nearly to death:  an ancient bone in his stomach.  The search leads Grant to a rogue border militia hunting for the stolen remains of Peking Man.  With Grant's life and family on the line, he fights to stay ahead of the shooters as they investigate a Nazi POW camp and uncover a trail that's been cold since the prisoner escape in 1944.  Contentious cousins, local heat, and a sunken submarine build up the pressure until the desert night erupts in violence.

Grant must follow the clues from a map of the stars to a graveyard for B-29's.  Grant's family secrets won't stay buried in his quest to find the truth and stop the murderous rampage of a neo-Nazi betrayed by the person he trusted the most.

The Bone Guard. . .where adventure and history ignite.