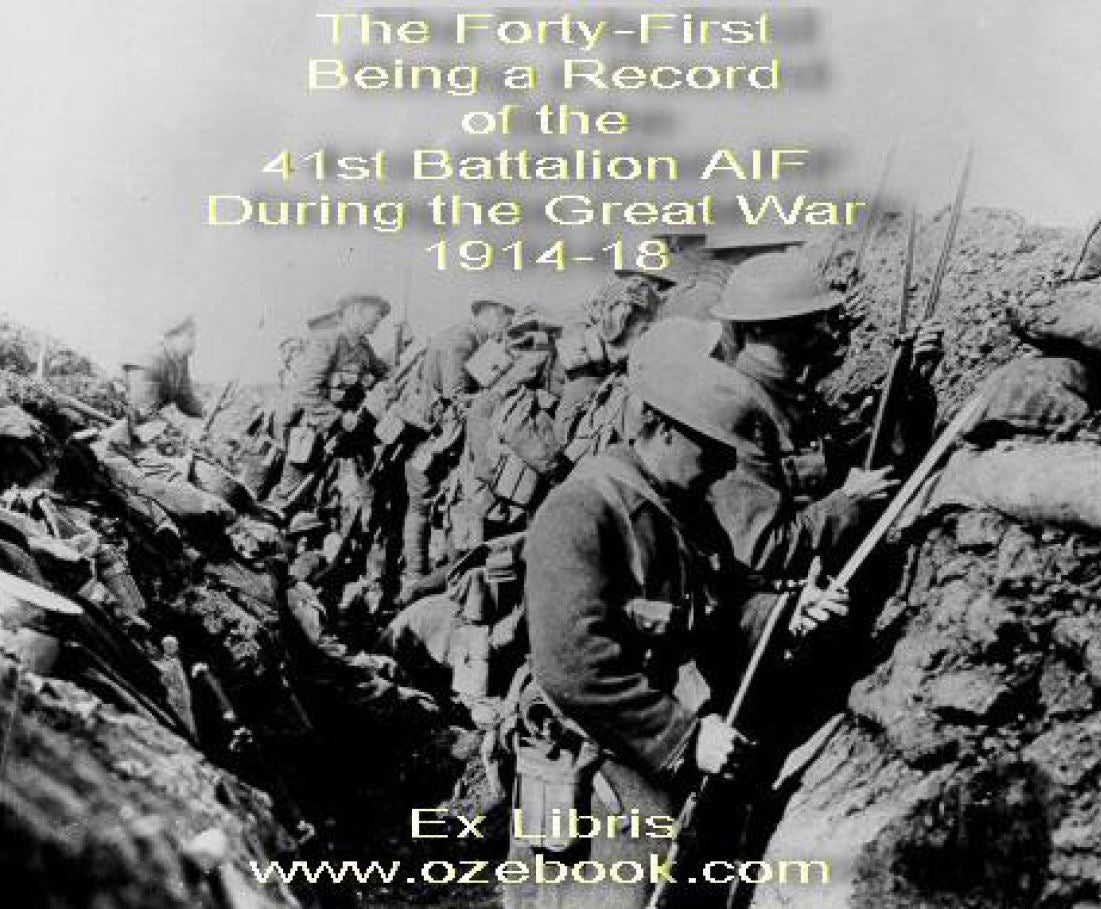 The Forty-First Being a Record of the 41st Battalion, Australian Imperial Forces, during the Great War 1914-18

The Forty-First Being a Record of the 41st Battalion, Australian Imperial Forces, during the Great War 1914-18
The 41st Battalion was raised in February 1916 with recruits from Brisbane, northern Queensland and the northern rivers district of New South Wales. When the German Army launched its last great offensive in March 1918, the battalion was rushed south to France and played a role in blunting the drive towards the vital railway junction of Amiens. The Allies launched their own offensive on 8 August 1918, and the 41st played an active role both in the initial attack and the long advance that followed throughout August and into September. The 41st participated in its last major action of the war between 29 September and 2 October 1918 as part of the Australian-American operation that breached the formidable defences of the Hindenburg Line along the St Quentin Canal.