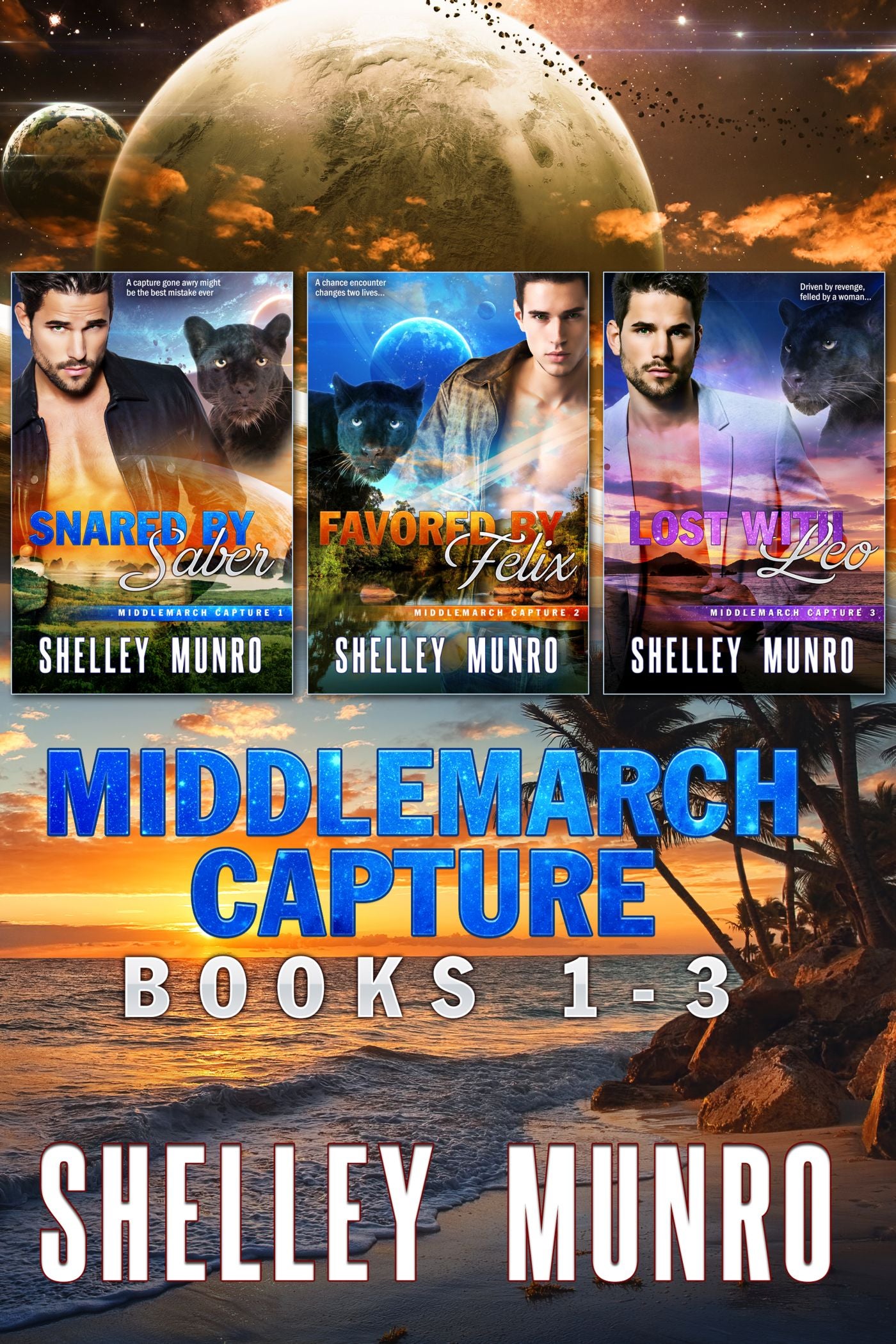 On Sale
$6.99
$6.99
Added to cart
The descendants of the Middlemarch Shifters emigrate from New Zealand, Earth, to the planet Tiraq. Their reason—to escape broken lives and dreams after a virus decimates their feline shapeshifter community.

A capture gone awry might be the best mistake ever…

When a feline virus on Earth wipes out much of his race, Saber Mitchell moves his shifter family to the jungle planet of Tiraq. To provide an income—and keep the testosterone-fueled males from killing each other over the lack of mates—Saber opens Middlemarch Resort, specializing in women’s capture fantasies. Unbeknownst to the women, some captures will be more permanent than others.

Saber has no plans to find a mate himself…until a capture goes awry, landing both him and “kidnapped” guest Eva Henry on the other side of the huge island. Saber must face birds, beasts, hungry natives and Eva’s own penchant for escape to see her safely back to the resort.

Keeping his hands off her proves impossible…even after Saber learns mating Eva comes with bigger, more dangerous troubles than all their jungle perils combined.

A new resort specializing in capture fantasies—the perfect place for Captain Casey Seonaid to blow off steam. To embrace her feminine side, possibly for the last time. And just as she’d hoped, it’s not long before she finds herself “kidnapped”. Let the sexual hijinks begin.

Attractive yet with an air of sadness, Casey snares Felix Mitchell’s attention at first sight. As feelings deepen, he comes to realize Casey just may be his perfect mate. But despite their shared passion, something is amiss with his intriguing lover, something that keeps her from giving herself fully…something she won’t share.

Unexpected troubles plague the resort, drawing the couple ever closer. But the biggest danger comes when Casey finally shares her secret, revealing a familial enemy—and his shocking plans for Casey’s future.

Driven by revenge, felled by a woman…

Leo Mitchell wants to contribute to the operating expenses of the new family-run Middlemarch resort, which specializes in capture fantasies for female guests. Betrys Torin offers what Leo thinks is a wonderful opportunity, but in reality is potentially deadly. He hungers for revenge. A capture might be the perfect payback…

In order to protect her son, Betrys must procure men for her alien employer Iseult Orna. She hates her job and loathes the guilt she feels at trapping the sexy Leo into signing an irrevocable contract. Even worse, she has started dream walking and sharing passionate sex with the gorgeous man. She’s smitten, yet knows they have no future, because when Iseult catches up with Leo, he’ll die.
You will get the following files: 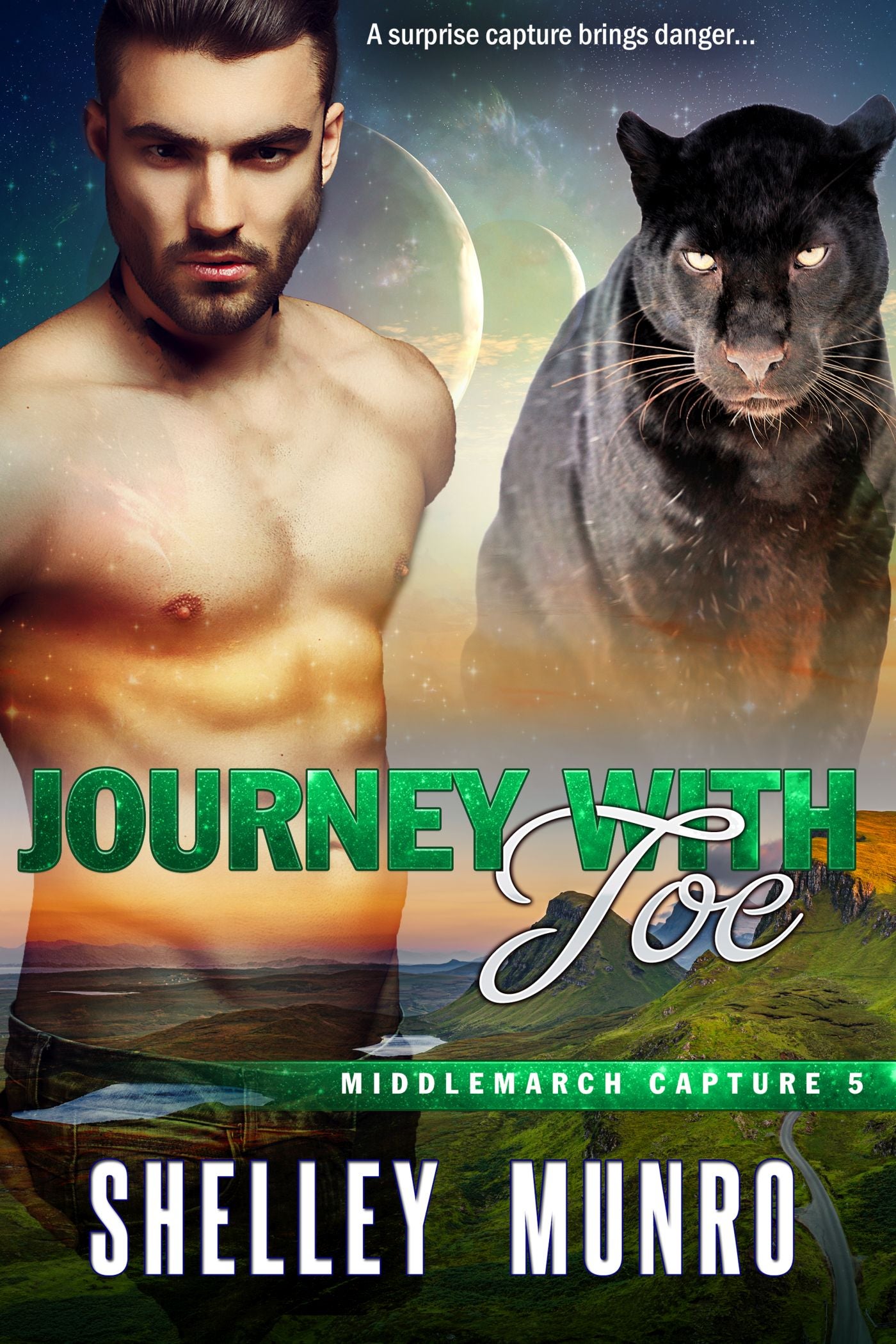 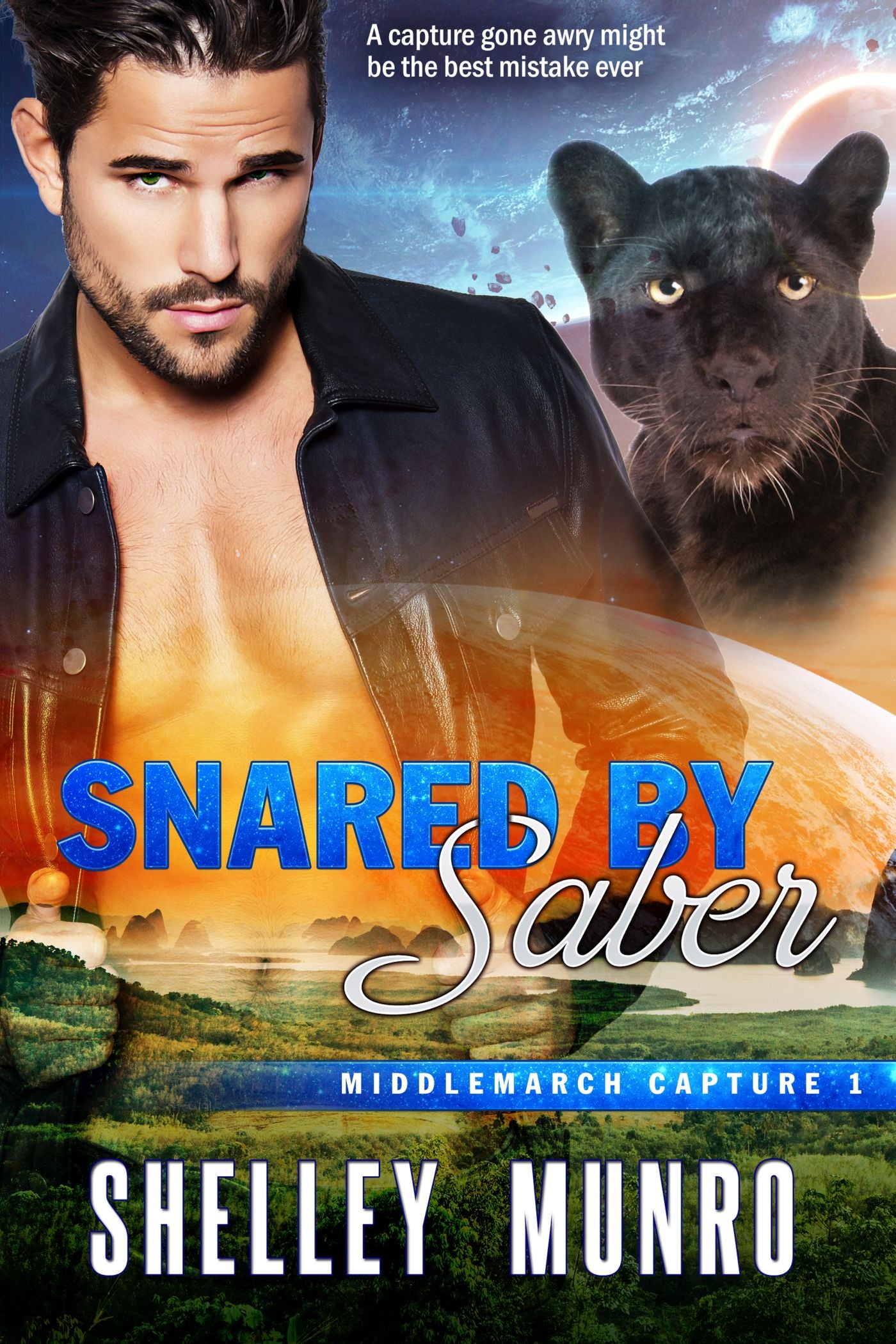 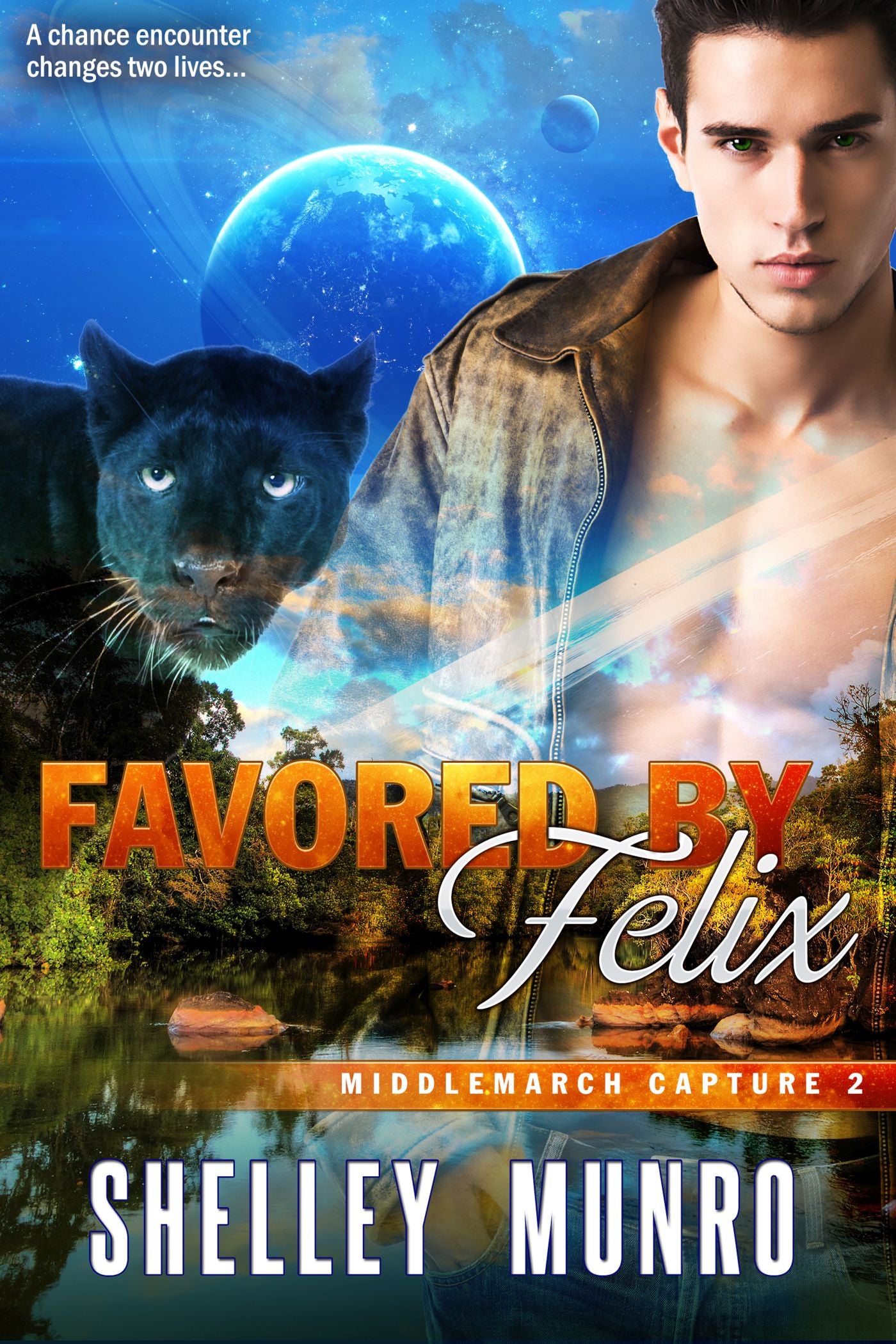 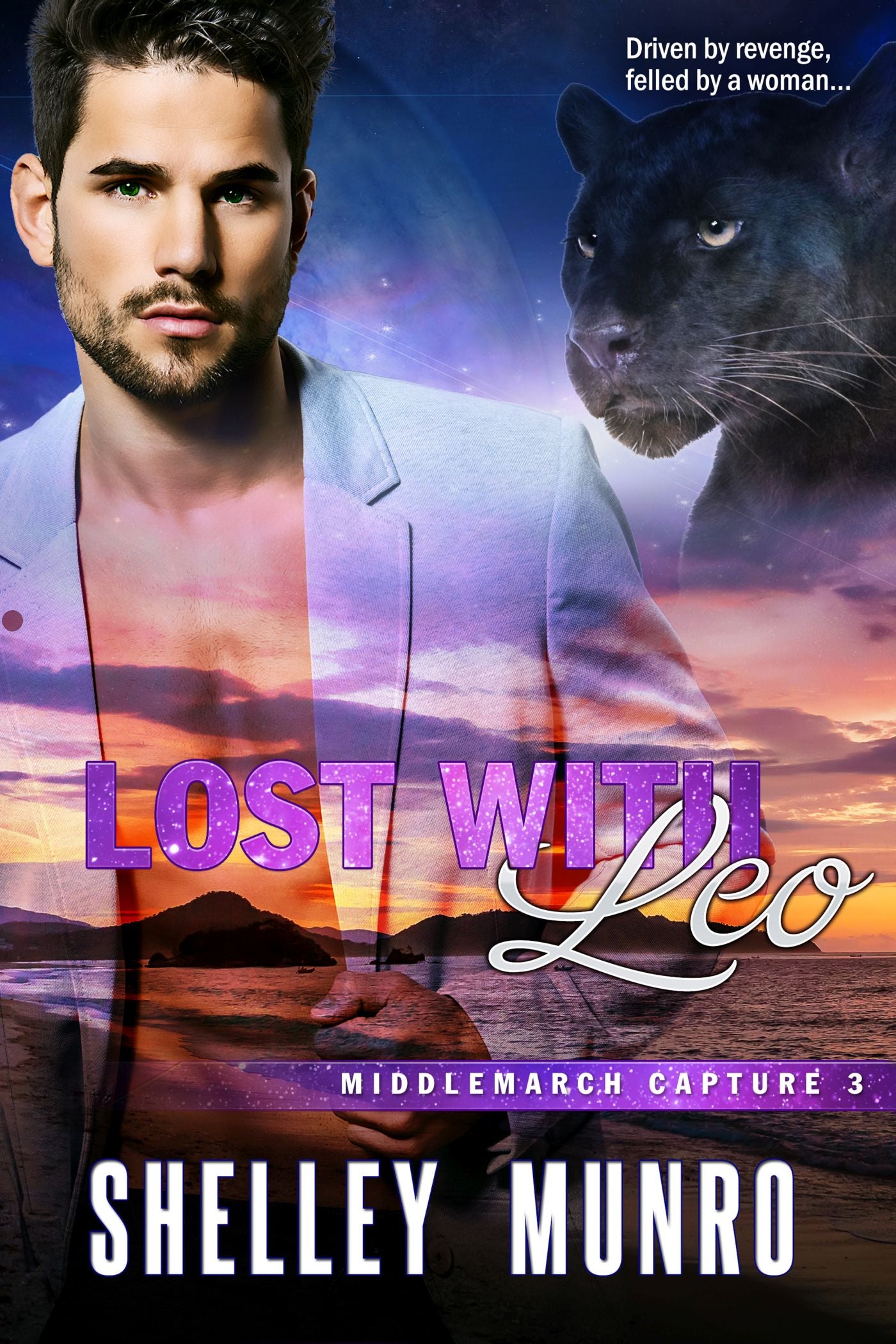 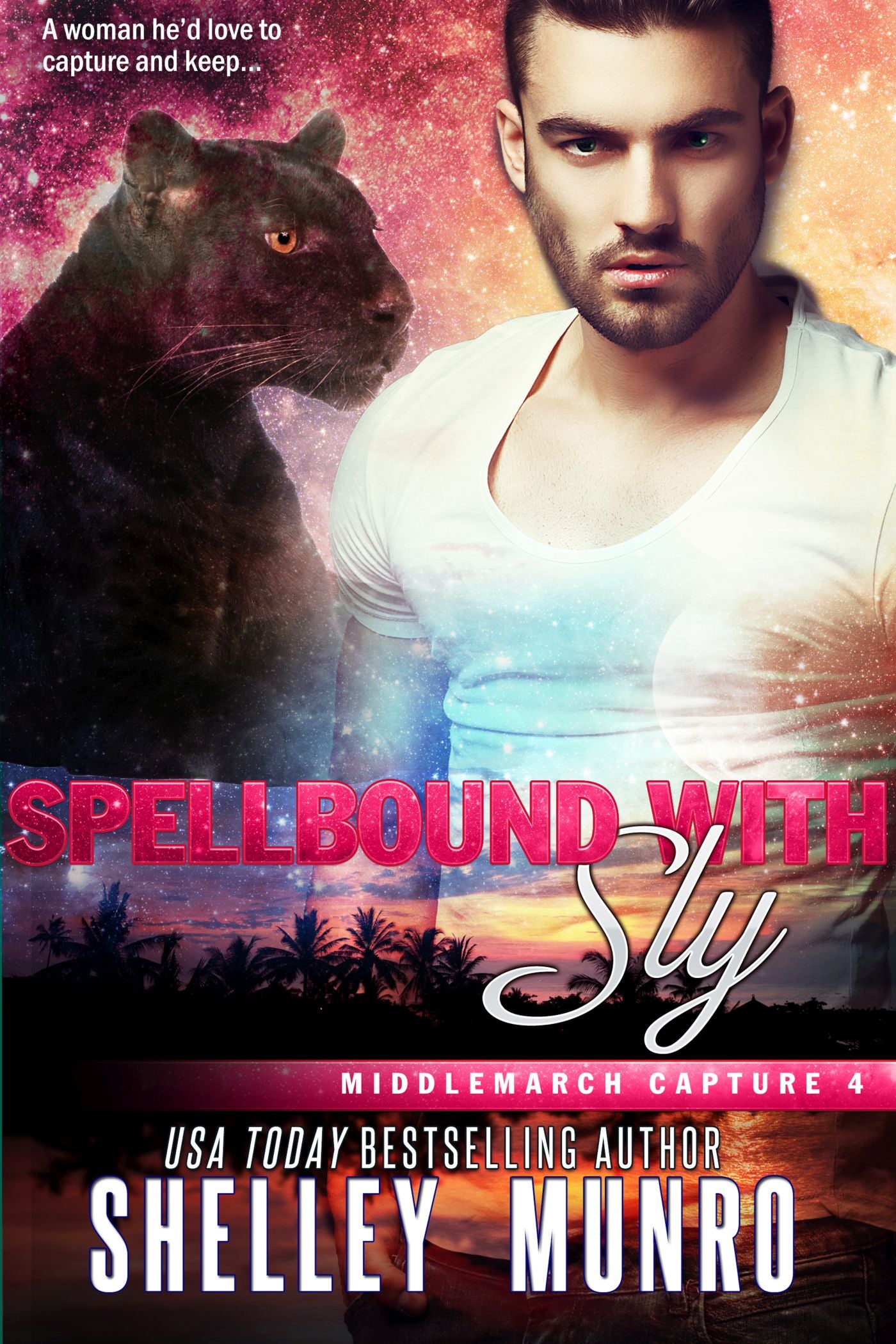 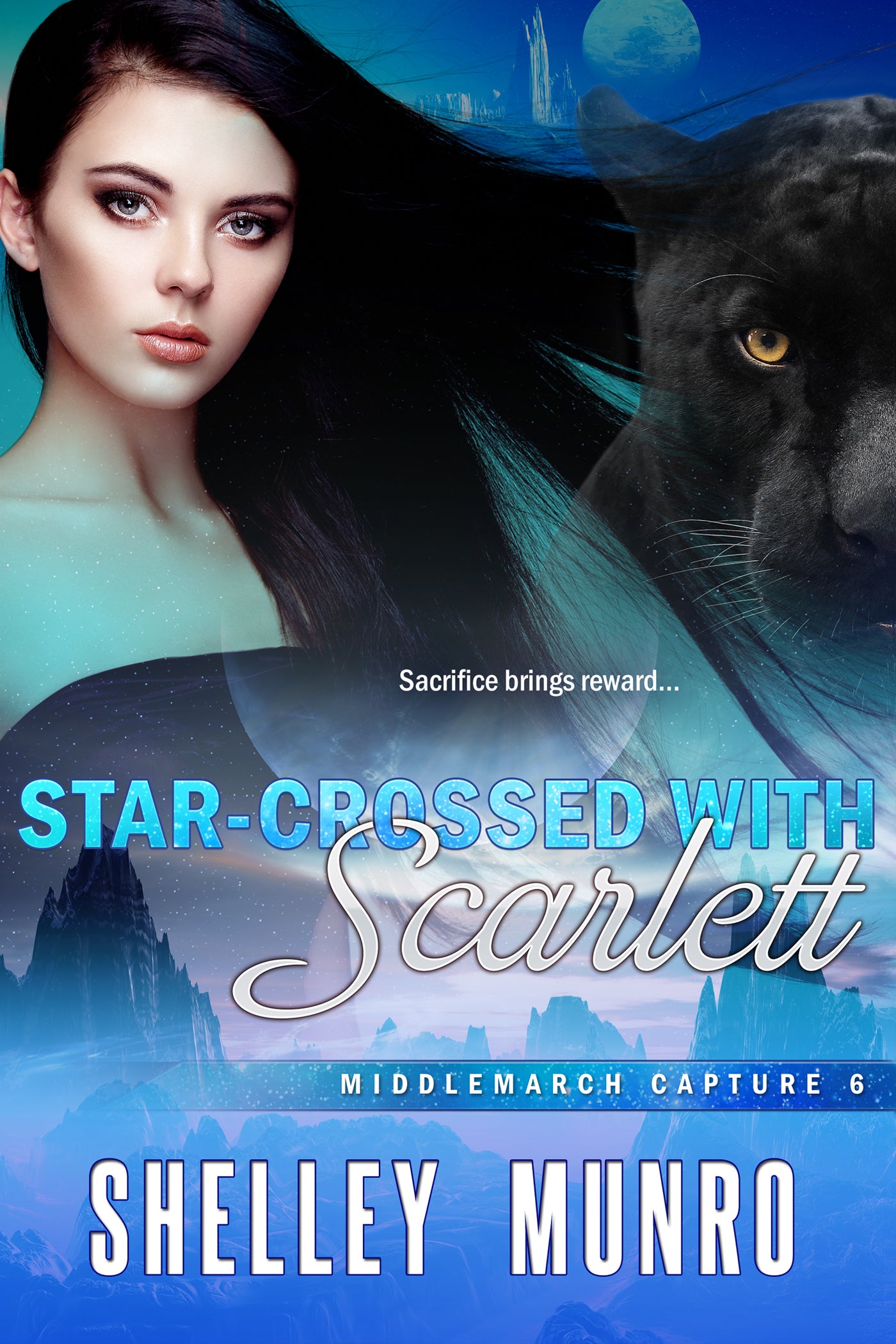