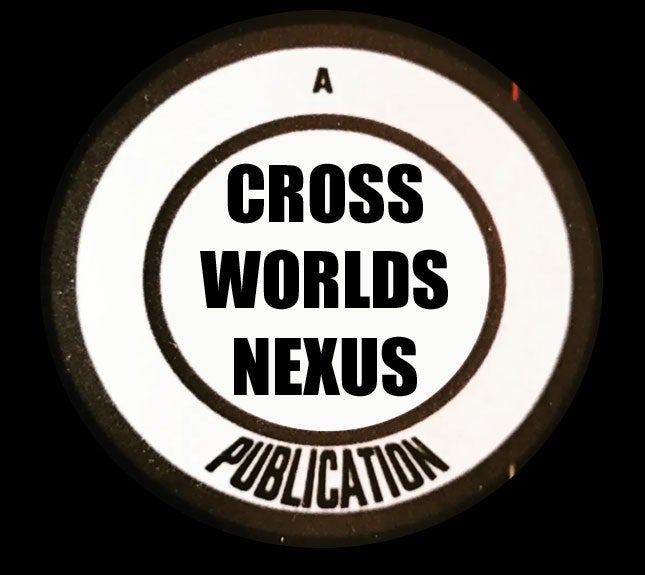 
1) In our first adventure, We find Danger Son as a secret agent in the 13 colonies Revolutionary War in the year 1777.
2) In the Next adventure, We find Danger Son and an army of time travelling warriors along with the Moon Tribe are evicting the evil Warlock of the Queen's Mechanika, Winston Alldark from the Pennsylvania Frontier lands in the year 1777.
3) This next adventure, Danger Son and the Travel Agency are investigating an interdimensional drug ring.
4) This story follows a girl's life as it spins out of control into addiction to the Slip Drug.
5) Danger Son and the Travel Agency begin to make serious progress on shutting down the interdimensional SLIP drug ring run by the Queen's Mechanika.
6) Danger Son is in serious trouble in Retrospect City, good thing the SUPER CYCLE BABY DOLLS are there to bail him out.
7) Slip Crisis concludes in this EPIC FINAL BATTLE.
8) Man out of Time.
9) Danger Son once again finds himself back in the year 1777, this time to help the Moon Tribe in a cross dimensional exodus. Will Winston Alldark's Children stop him from doing so?
10) Danger Son must help the Moon Tribe return to the sacred lands of the ancient people.
11) Danger Son has faced many trials along the way and his greatest trial yet is keeping him from completing his task!
12) Agent Kid is fresh out of the Academy and away from his desk job, he will have a few problems adjusting to field work.
13) Lost and alone with out his technological advantage, Agent Kid must find out what is going on with this ultimate internet fighting champion named Draco Rex and the insideous Digital Friend Warehouse.
14) Agent Kid has rattled the hornet's Nest when he infiltrated the Digital Friend Warehouse after he discovers it's links to the Dark industrialist organization known as the Queen's Mechanika.
15) Danger Son and Agent Kid travel to Ancient Arabia to stop a couple of con artists from altering history.
16) There is Chaos at the Shopping Mall when interdimensional raiders show up! Will the Travel Agency be able to shut them down?
17) Agent Kid and Danger Son must shut down interdimensional raiders from taking control of a local Power Plant and turning into a portal to another dimension.
18) Agent Kid and Danger Son infiltrate a strange carnival where all is not exactly as it seems to be.
19) The Time Skavenger has conquered the future...but how? Is Agent Kid in love with a spy from the Queen's Mechanika?
20) The Cross Worlds Nexus Travel Agency must all work together to shut down the evil Time Skavenger...could the future be lost in the process?
21) Mullet Boy is a friend of Agent Kid who has an adventure in Nexxburgh, the City of Travellers.
22) THE TEMPEST FUGITIVE SAGA BEGINS- Agent Kid laments falling in love with a spy from the Queen's Mechanika and goes on a drinking binge, when he sobers up, he finds himself on a ship with a very strange crew.
23) THE TEMPEST FUGITIVE SAGA continues... Agent Kid and Roxi are on the run after Danger Son is being arrested for crimes against the Cross Worlds Nexus?
24) THE TEMPEST FUGITIVE SAGA continues with an adventure with Cap'n Skinny and his crew aboard the Nautee Lass!
25) THE TEMPEST FUGITIVE SAGA continues...Meet Ferocity. She answers a classified ad and ends up in the realm of the Queen's Mechanika!
26) THE TEMPEST FUGITIVE SAGA continues...Danger Son, Roxi and Kid are planning a final duel with the evil Warlock of the Queen's Mechanika, Winston Alldark! Things will get weird before they get any better.
27) Agent Kid is on leave after the epic battle with Winston Alldark, however, The Super Cycle Baby Dolls need his help...he ends up in BIG TROUBLE!
28) The Super Cycle Baby Dolls have to intervein after agent Kid gets into BIG TROUBLE!
29) THE TEMPEST FUGITIVE SAGA conclusion... Winston Alldark's remains have been locked away, but his magic is still at work, Agent Kid and Roxi must put an end to it once and for all!
30) Fugitive Faction- A new era begins as Danger Son is now the LEADER of the CROSS WORLDS NEXUS Travel Agency.


*Bonus---ROOKIE FACTION Deluxe #1
Omni Atomic and the Next Generation of Heroes prepare for the future at The Institute.


You will get the following files: