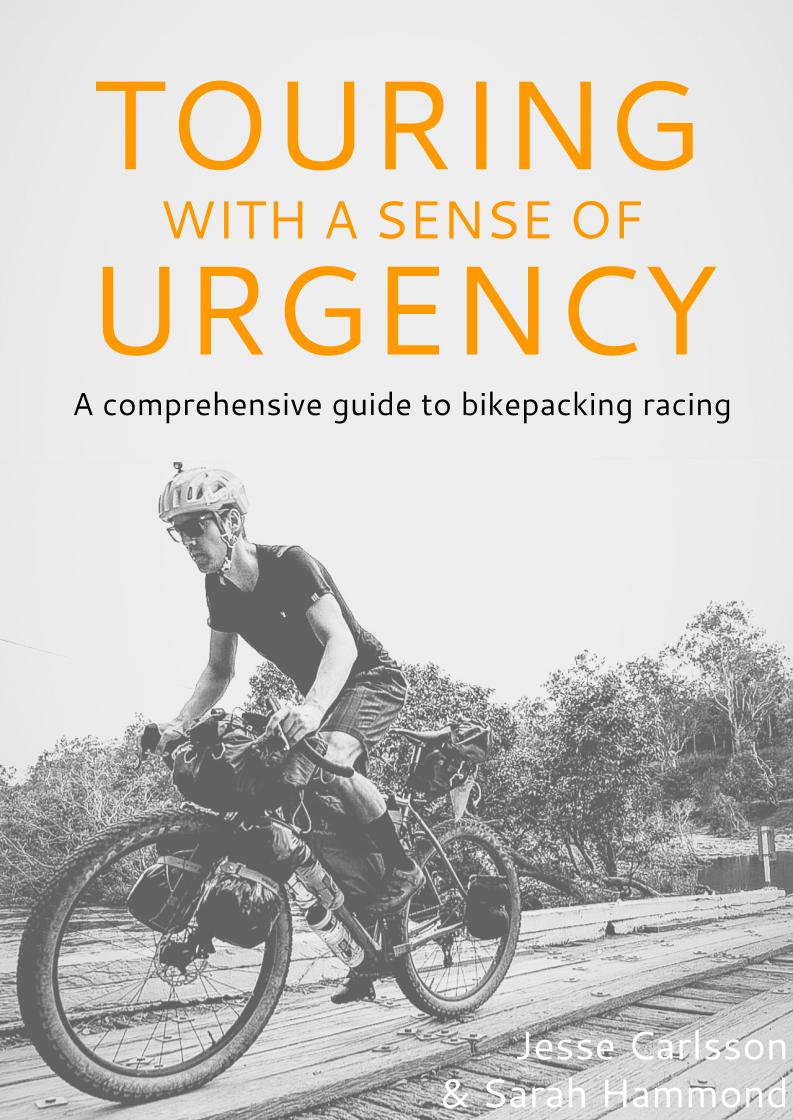 TOURING WITH A SENSE OF URGENCY - a comprehensive guide to bikepacking racing. 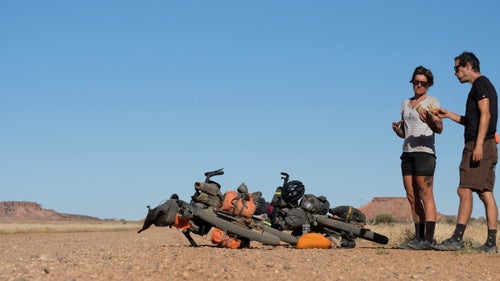 We are bike riders.

We ride for transport (we don’t have cars), we ride for fun on the weekend, and we ride to stay healthy. We also race bikes in some of the toughest events in existence. The sport that we love and have both enjoyed some success in is unsupported ultra-endurance racing, although it gets called bikepacking too. We have had fantastic experiences in these life-changing races and love that they seem to inspire others to get off the couch and live a more adventurous life.

Jesse won the Trans Am bike race in 2015, a 6,861 kilometre unsupported road race across the US. He also won the 2019 Race to the Rock. In 2013, Jesse was runner up in the Tour Divide, a 4,418 kilometre mostly off-road bike race from Canada to Mexico. Jesse also created the Indian Pacific Wheel Race, an unsupported road race across Australia, and Race to the Rock, a mostly off-road race finishing at Uluru and traversing some extremely remote country in the Australian outback. Jesse has been riding his own multi-day tours and testing gear for almost ten years.

Sarah placed 6th in the Trans Am bike race in 2016, her first unsupported race, after leading the race for most of the first week. Since then, Sarah won Race to the Rock in 2016, 2017 and 2018, an extremely remote, mostly off-road bike race through the Australian outback. She was also placed third, not far behind bikepacking legends, Kristof Allegaert and Mike Hall, in the inaugural Indian Pacific Wheel Race in 2017 at the time it was cancelled due to Mike Hall’s death.

Together we have run flashpacking events to try encourage more people to take on multi-day rides. On these trips we stay at caravan parks and motels which mean riders don’t need to invest in, or carry, sleeping gear.

In 2019 we thought we’d try something different called 'Tent is the New Rent.'

Rather than race across countries, we thought we’d slow things down and experience a longer duration tour, one without such a sense of urgency. We thought it might be interesting to try living on our bikes for a while, working along the way to scrap together a living and fund our adventure. We figured it doesn’t cost a lot to camp in the outback and ride bikes everywhere.

We gave away almost everything we owned, packed what was left on our bikes and started exploring some of the more remote parts of Australia.

Our travel is indefinite.

Since then we have visited South Africa, Lesotho and Namibia.

We plan to continue our travels and create new adventures once international travel is safe again.