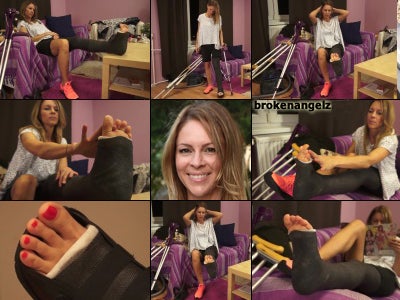 After breaking her leg in two places Lucia was on the med and even got a short leg cast. But after putting too much weight on her casted leg too quickly rather than continue to heel she relapsed and had a long leg cast reapplied for four weeks. Now she convalesces at home frustrated with long leg cast checking out and rubbing her exposed toes, wiggling them, and comparing her casted foot with her one good shoe. Her cast shoe is now too small for the cast and her toes hang out of the top which she hates. She tries various crutches which she thought she had ditched for good weeks ago that she'll now have to use without the shoe. She tries various combinations and ends up using a single forearm crutch as a cane together with a cast boot (that got her in trouble in the first-place walking on it too much) and gimps into the kitchen. To make herself something and prop her leg up. Back in the living room she makes herself comfortable on the couch reading while again giving herself a relieving massage between her cute toes. This clip has several closeups. 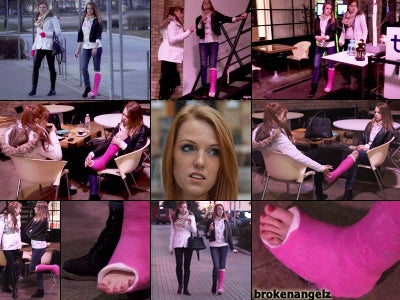 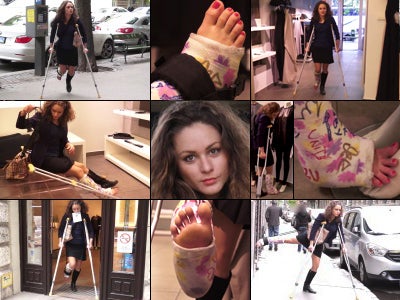 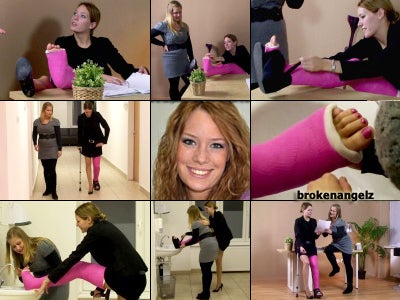 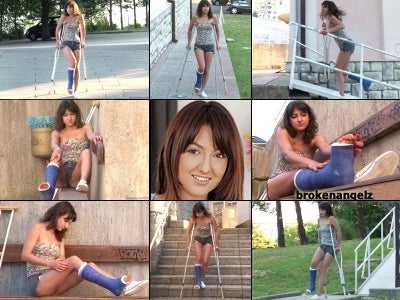 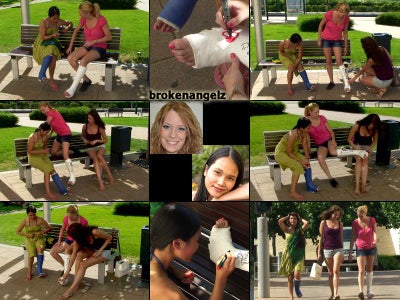 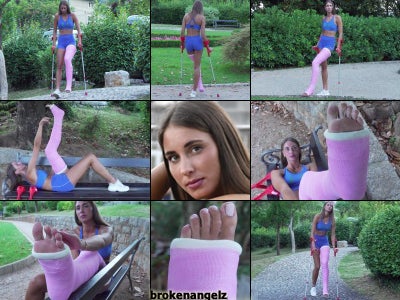 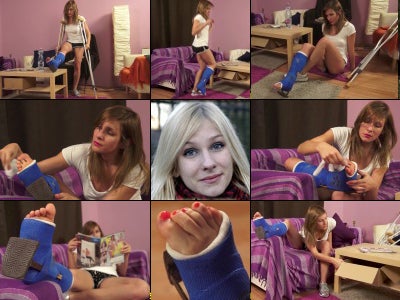 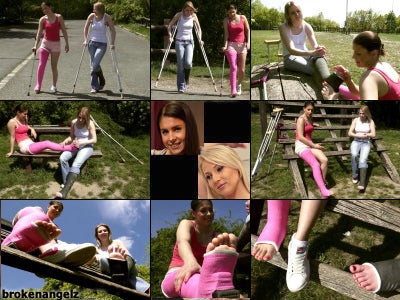 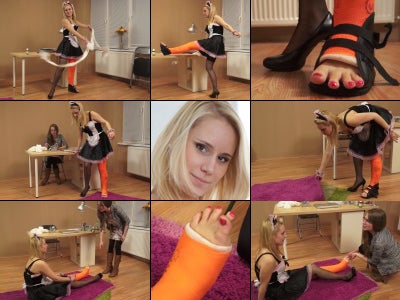 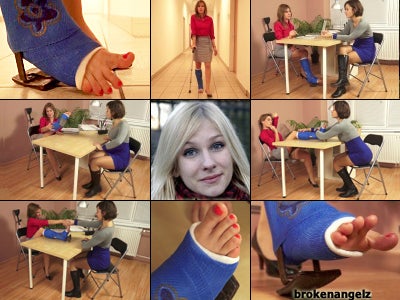