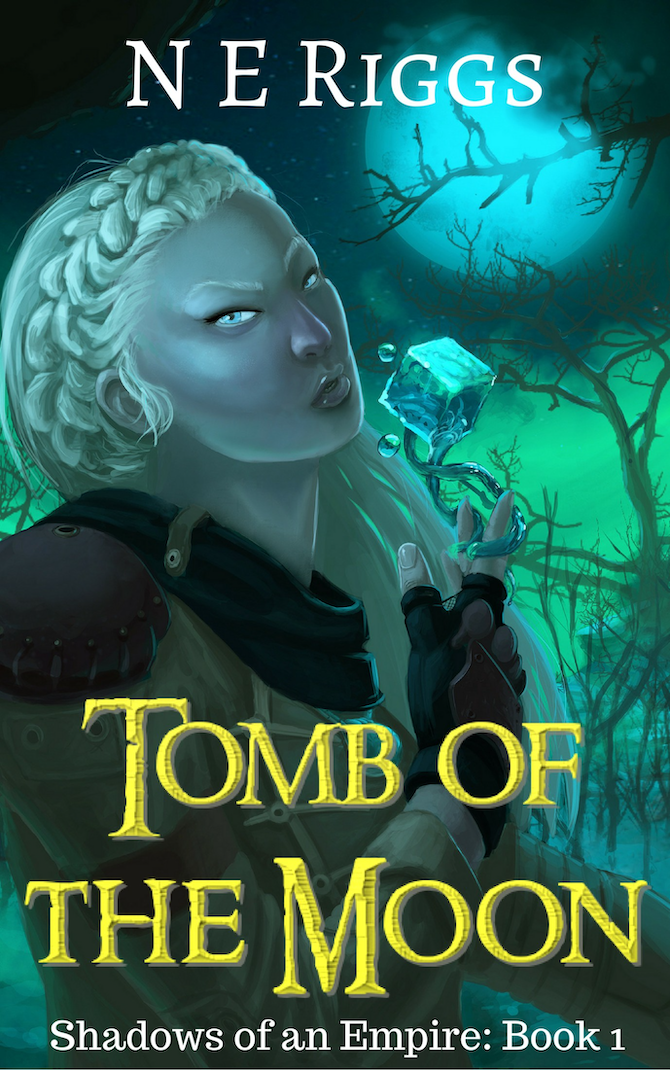 Tomb of the Moon: Shadows of an Empire #1

By N E Riggs
In a world of magical technology, the occupying forces chase down one young woman, determined to kill her no matter what it takes.

Five hundred years ago, the diemthe defeated their sister race, the lianthe, in a war that devastated the entire world. Since then, the diemthe empire has conquered the northern continent and much of the southern, forcing humans to serve in their military. The country of Giram has recently been annexed by the empire. Illera is a lianthe who has been raised by humans in a small village in Giram, all but forgotten by the rest of the world. She is five hundred years old, but young by lianthe standards. She longs to find her own people but has been hesitant to leave the only life she’s ever known.

Soldiers from the empire come to her village to capture her and eventually kill her. Illera barely fights off the soldiers but she is no longer safe in her little village. She must flee to the Twin Sun Kingdoms, the only place left in the world not under control of the diemthe. Even if she reaches the Twin Sun Kingdoms, there is a great wall at the border and no one from outside is allowed past. Only a handful of people are willing to help her, but each has their own agenda too. On their journey, they must face spies, traitors, political machinations, duels to the death, outright war, and Illera's barely understood magic. Tracking her movements are soldiers from the empire and their diemthe commander, against whom she has no defense.