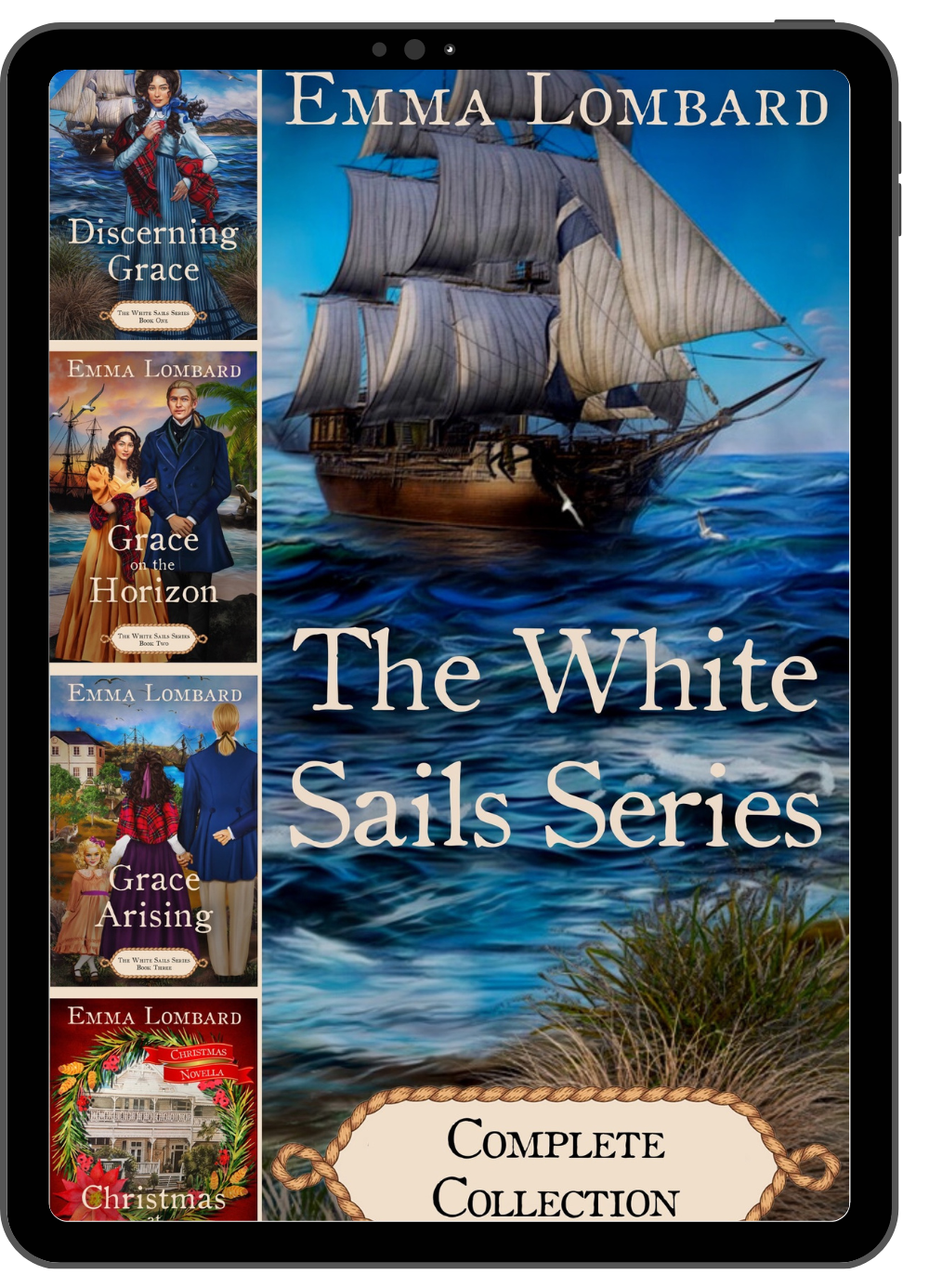 On Sale
A$20.99
A$20.99
Added to cart
INCLUDES BONUS SCENE NOT AVAILABLE IN INDIVIDUAL BOOKS

Award-winner, The White Sails Series, where icy winter storms, opportunistic mercenaries, uncharted lands, and a colourful crew of sailors are all lashed together by an epic love story. This complete collection includes all four books in the series.

Discerning Grace. London Town, 1826. Society life is stifling enough for Grace Baxter without worrying about finding true love or happiness. Enlisting with the Royal Navy, disguised as a lad, she is tossed into a watery world where mother nature is not the only threat to her life. Brazenly, she holds her own against a ship full of sailors—until her loud mouth lands her bare-bottomed over a cannon for insubordination.

Grace on the Horizon. Adrift on a raft of shame in the sea of 1830s London society, Grace’s desperation to leave London forces Seamus to accept a dubious commission on the private explorer, Clover. With the expedition financed by Colonel Hamilton, Seamus is tasked with mapping a round-the-world voyage. But Colonel Hamilton has an additional package that requires delivering—Father Babcock—a priest wanted for murder.

Grace Arising. The burgeoning 1840s New Holland wool market is irresistible to entrepreneurial souls like Seamus and Grace. Having survived unimaginable tragedy together, they plan a fresh start aboard their new ship, the Elias. When Seamus is gravely injured, Grace must assume command and see the ship’s souls to safety. Except First Mate, Lucius Chittenden, refuses to be commanded by a woman.

Christmas at Gilly Downs (A Novella). 1853, Colony of New South Wales. This Christmas Novella is a snapshot in time ten years after Grace Arising. It offers an intimate peek of the most popular characters from The White Sails Series as they navigate life in their newly adopted country.

Join Seamus and Grace as their wild adventures take them from the damp cobbled streets of London, around the freezing stormy tip of Cape Horn, and into the scorching dusty bush of New Holland.

The White Sails Series Complete Collection promises romantic high-seas adventures to new lands, and is bursting with action and suspense. Touted by readers as, ‘if Bridgerton and Pirates of the Caribbean had a love child’.

Or buy from your favourite ebook retailer 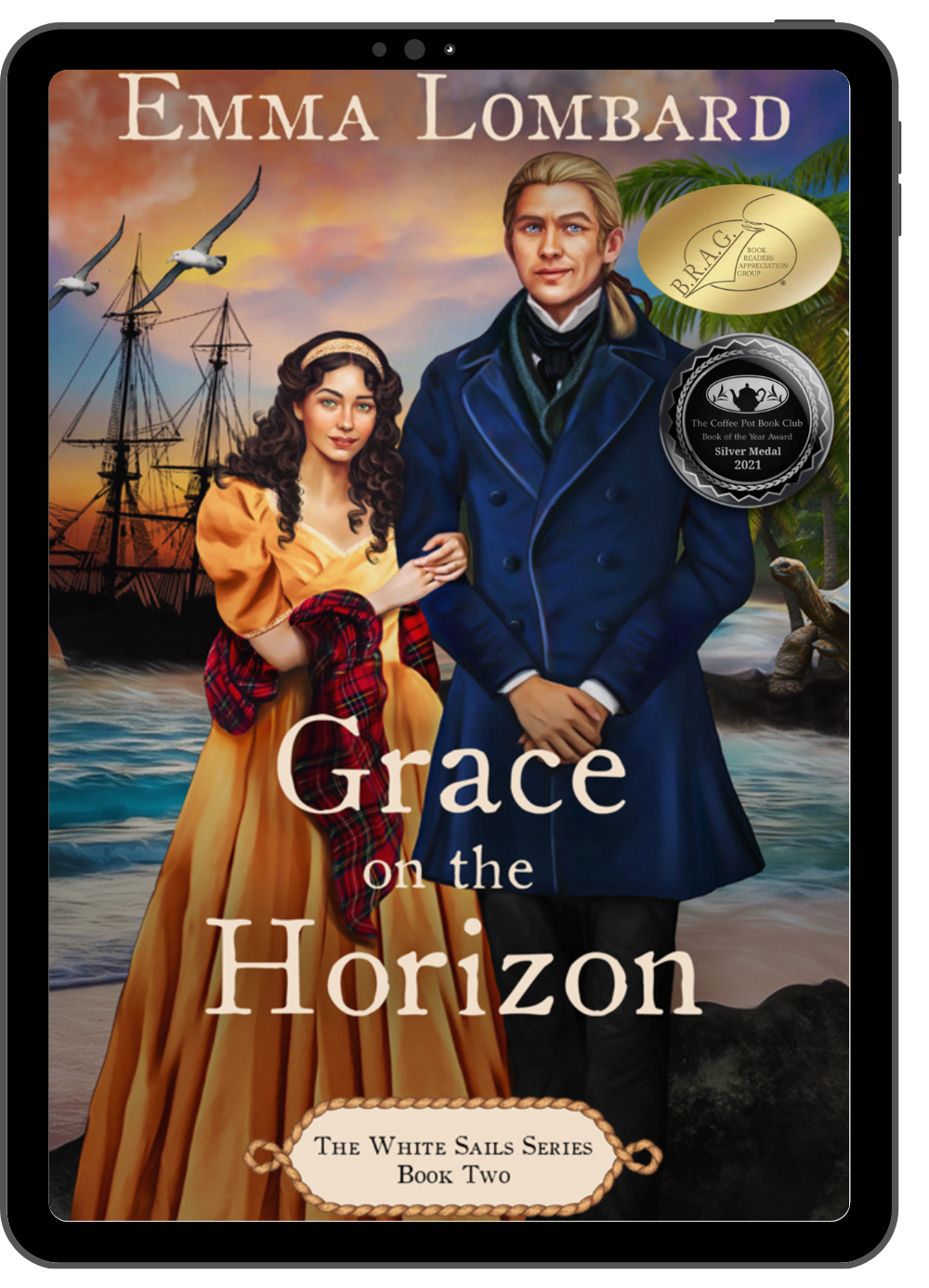 The White Sails Series 2: Grace on the Horizon (eBook) 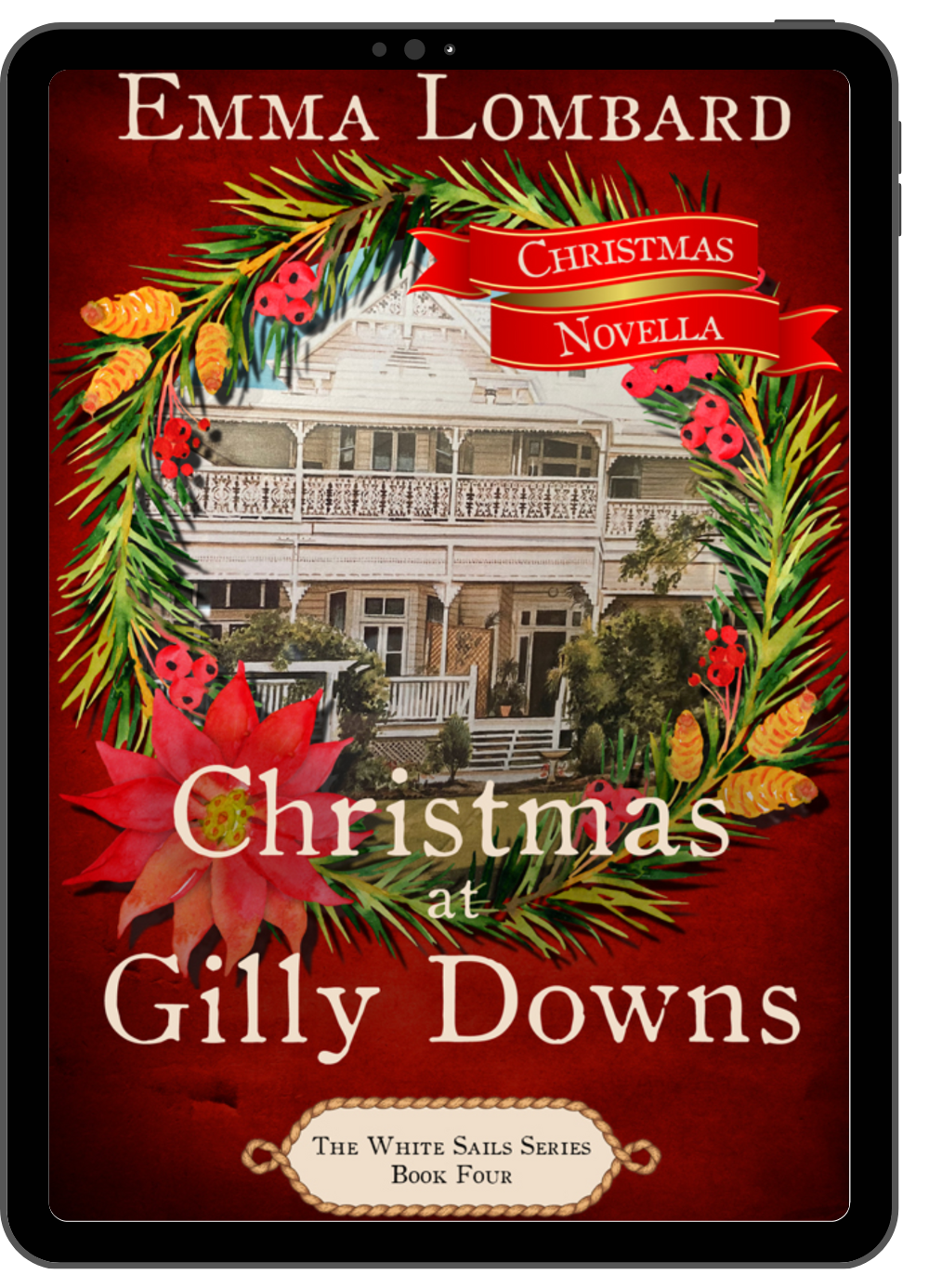 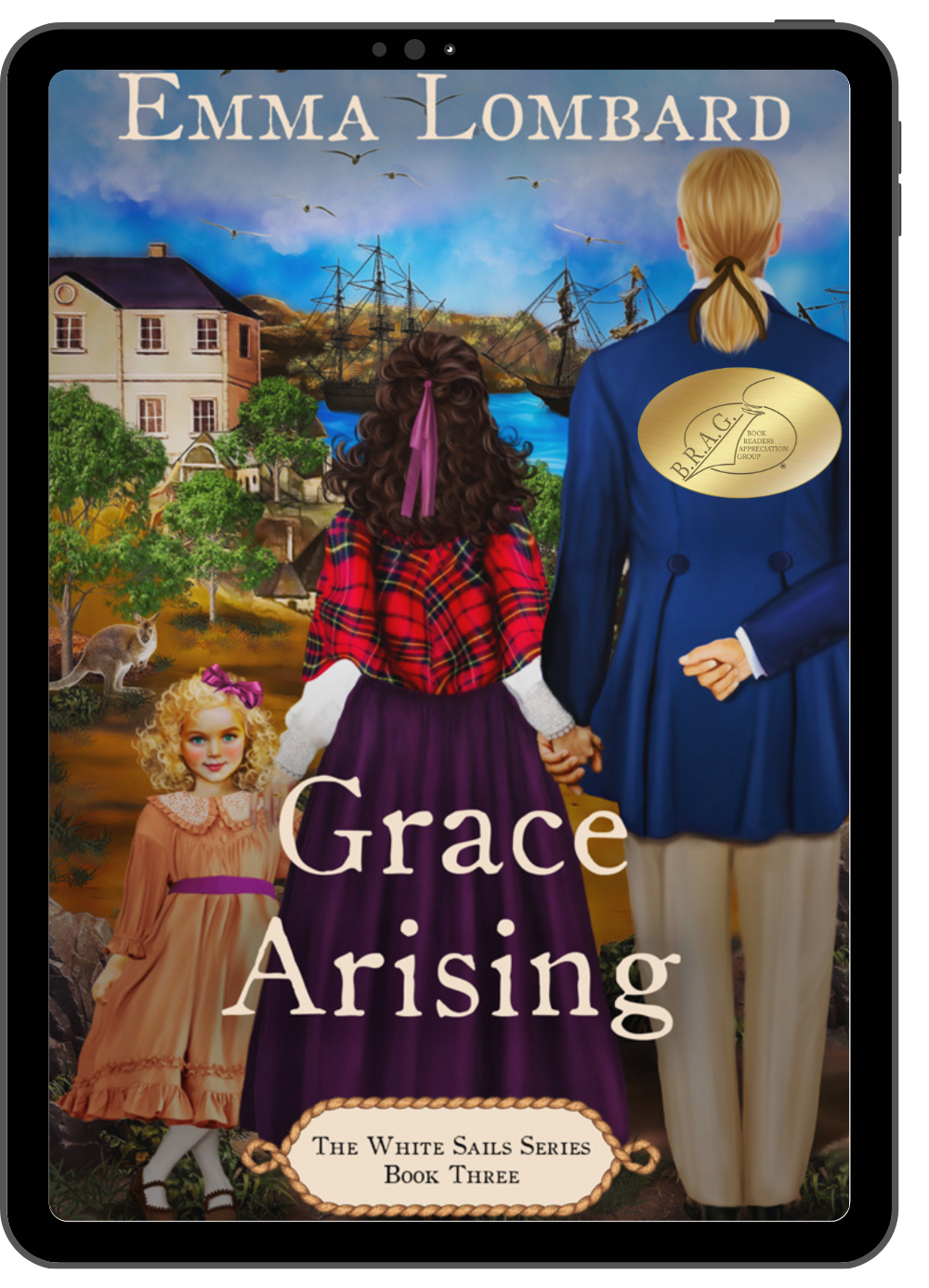 Grace on the Horizon #2