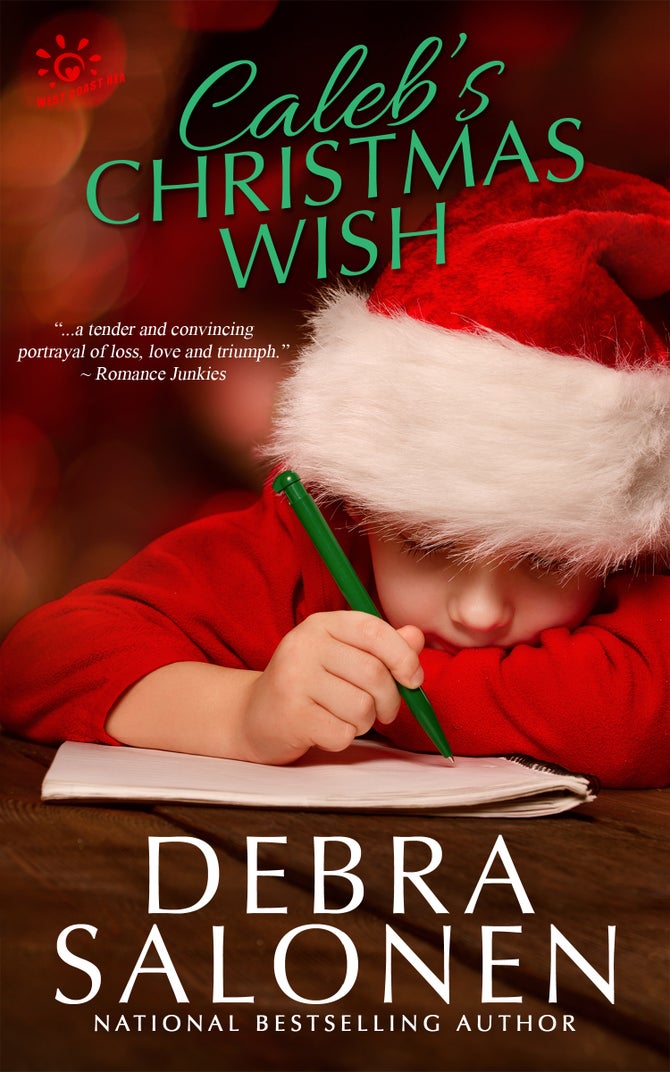 By Debra Salonen
How far would you go for the sake of a child?

The lines in Miami financier Jake Westin's world are crisp and easy to delineate: black and red, profit and loss. On paper. Until the day after Thanksgiving when Allison Jeffries—a woman he’s heard about for four and a half years but never met—calls to tell him the world they’ve shared from opposite sides of the country will never be the same. Pam and Kenny Rydell—Jake's best friend and only link to the "bad ol' days" of his youth—died in a car accident on the way to a Sierra ski resort, leaving their son, Caleb, with his grandmother, who upon hearing the news of her only daughter’s death went into cardiac arrest. In an instant, Caleb’s godparents—two grieving strangers who never imagined the worst-case scenario becoming a reality—must decide how to best care for the little boy they both love.

Jake is determined to do the right thing for Caleb—even if that means facing demons from his own loss-filled childhood and dealing with the woman Kenny called “a sweetheart but wound too tight for her own good.” Allison suffers no illusion that she'd make a good mother. After all, hasn’t she let her computer business fill the gap left by a failed marriage and aborted pregnancy? But she'll do anything in her power to give her godson the life Pam intended for her son—even if that means sharing a house with the charismatic stranger Pam teasingly called “Jake the Rake--a broken heart waiting to happen.”