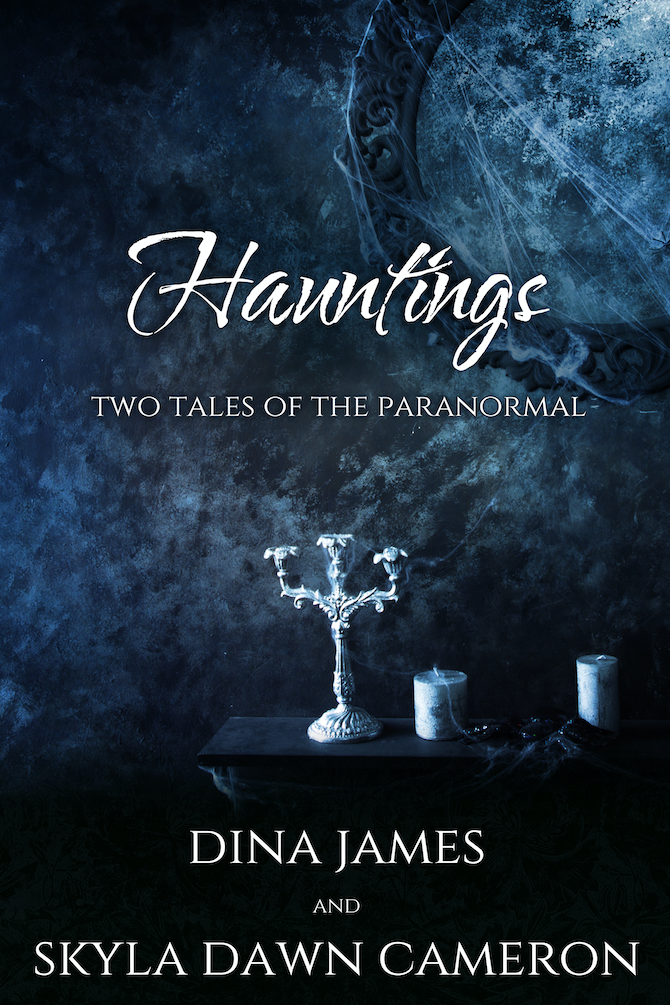 A drafty old house, or the steps of a creature lurking in the dark?

A trick of the light, or is the shadow in the corner of your eye something more?

A natural wind, or was that a whisper in your ear?

Read two tales of haunted houses that are not what they seem from (evil) paranormal authors Dina James and Skyla Dawn Cameron.

In RITUAL, a novella in Dina James’ Key to Hell series, Kyle Carillron knows every trick across the realms when it comes to dealing with the supernatural. Once a demon himself, the vampire has seen it all. When a divine assassin, half-angel Sebastian, comes to him with a scrap of paper discovered in a supposedly haunted house where some teenagers are playing Ouija, he can’t help but roll his eyes. But the paper has an unfamiliar symbol on it, written in human blood. Very little on the planes mystifies Kyle, but upon investigating the premises, he discovers evidence of a ritual with far with deeper consequences than humans attempting to contact the souls of the departed.

ASHFORD’S GHOST follows part-time adventurer and full-time mom Olivia Talbot in a novella continuation of Skyla Dawn Cameron’s Livi Talbot series. Four months ago, Livi successfully killed the afreet who abducted her family and tried to murder her. Then she took over his villa and made it her base of operations/home, as any respectable treasure hunter in need of better digs is wont to do. But this house is haunted, and she’s starting to think the ancient murderer she used the Seal of Solomon to destroy might not be entirely dead after all. Isolated in the house by a violent snowstorm, Livi is trapped with a dark force gathering strength by the hour, threatening not only the safety of her family but possibly her very sanity.