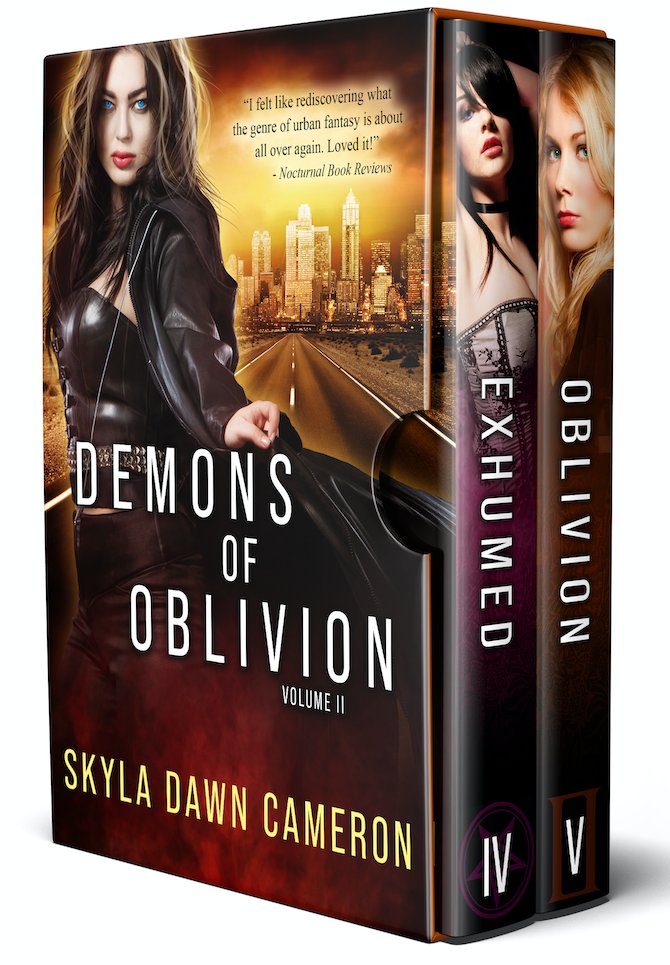 By Skyla Dawn Cameron
Get books 4-5 in the Demons of Oblivion series along with two bonus short stories.

A diverse cast of characters come together in classic urban fantasy about monsters, the people who hunt them, and the occasional apocalypse. Snarky humor, magic with bite, nonstop action, a dose of romance, and at its core: broken people finding family in one another.

Exhumed: Zara Lain, narcissistic vampire and assassin, cleaned up after a crazy warlock tried to build a vampire army, made some cash when the North American covens were left in shambles, got away when framed for the murder of a Demon Hunter, and dealt with some idiots who tried to jumpstart Armageddon. None of that could prepare her, however, for the moment when her lover of the undead persuasion awakens…

Oblivion: Earthquakes. Plagues. Rivers of blood. The ever-so-popular rain of toads. When end of the world fare is on the rise, it’s well past business as usual in a city where the veil between dimensions is thin.