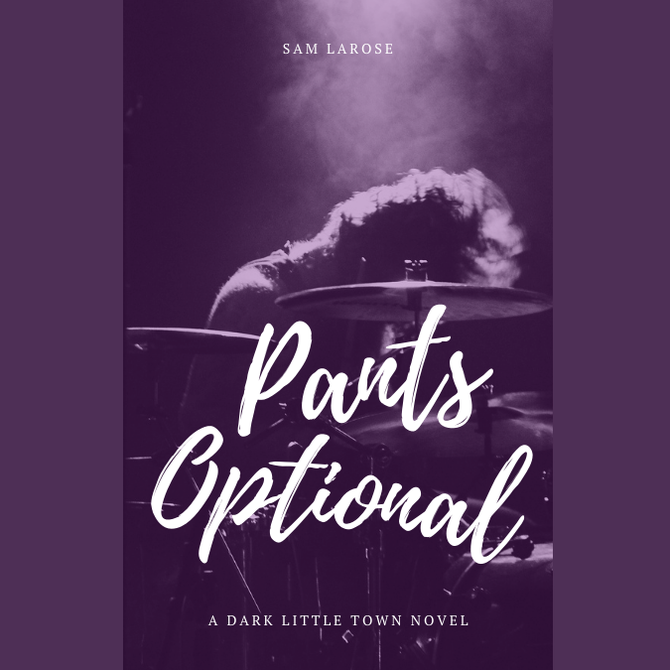 By Ink Stained Fingers Press
*This listing is for a PAPERBACK EDITION of Pants Optional!*

“So, I think it goes without saying we shouldn’t talk about the happy couple,” Heath stated, folding his hands together on top of the table.
“I have nothing to say about them anyway,” Jack shrugged.
“Tell me what a guy like you is doing out on Christmas Eve then.”

Jack Piper is eighteen years old, living with his mother and twin sisters in Manhattan’s Greenwich Village. He attends a selective private school, where he’s honing his skills as a writer, aided greatly by his eidetic memory. It’s been three years since his father passed away, inciting the move, and his first Christmas alone. When his friend Pixie invites him out for a Jewish Christmas, he doesn’t expect the bend in the road his life is about to take.
Heath Gibson is a New Jersey transplant to the city. His band, Dark Little Town, is just inches away from real success. Since moving to the city, he’s made plenty of friends and is open to making more. Especially if it means getting to forget how in love with his best friend he’s been since he was thirteen.
When Jack and Heath recognize each other across a club on Christmas Eve, they don’t expect to go home together. They certainly don’t expect to catch feelings for one another. Jack isn’t sure he wants to settle into a relationship with the older man. Heath is ready to hand over his heart, if Jack will just accept it.
And neither of them quite knows what to make of Jack’s best friends; a gay polyamorous couple who want nothing more than to get one, or both, of them into bed.