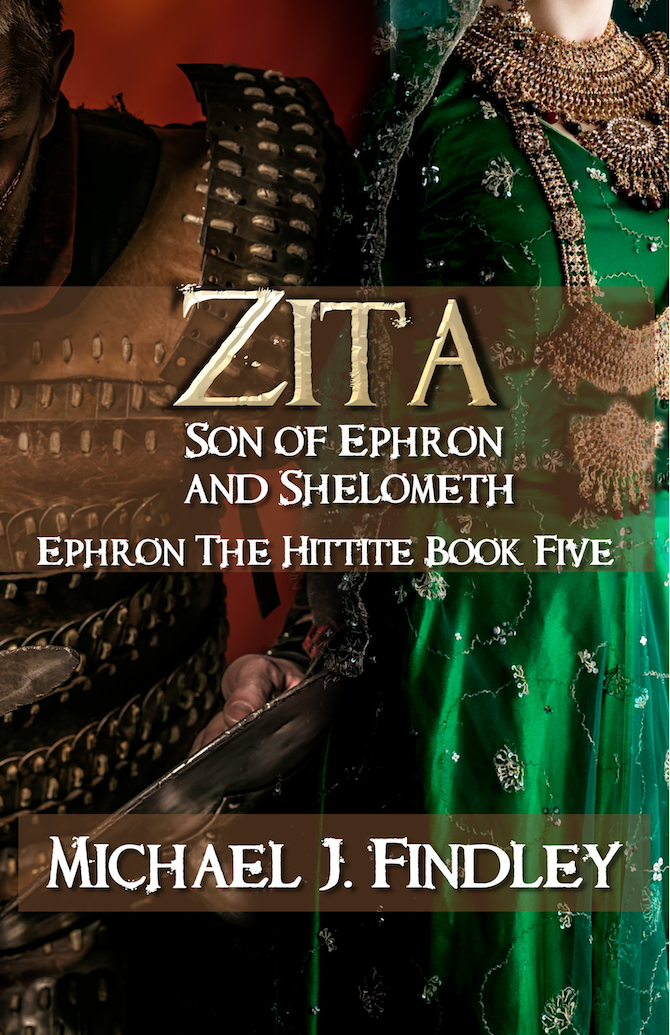 Zita: Son of Ephron and Shelometh

By Findley Family Video Publications
Zita only wants to worship Adonai and see justice done for a wronged woman, but the sins of the Hittites of Hattus force him to endure heartache and unimaginable suffering, until finally he finds his place as peacemaker of the ancient world.

Zita, prince of Hebron, has grown up far from Hattusha, the sprawling capital of the Hittite Empire. The heritage of the Hittites of Hebron under his father Ephron is one of friendship with Abraham the Hebrew and Adonai their Elohim. When they take Zita's sister Basemath to Hattusha to arrange a marriage, Zita shoulders "the Pawley problem" and endures the taunts of women who may hold the key to keeping the peace amid international intrigues.

Zita meets another Basemath and learns he can be more than just "a little tagalong." From overseeing the building of Hebron to defending the city of Hattusha to playing his own part in preserving the Hittites, Zita learns that an engineer, a warrior, a seeker of justice, and a survivor of devastating injury and tragedy can become a peacemaker. He just has to be willing to choose Adonai's way when he thinks he has no choice.