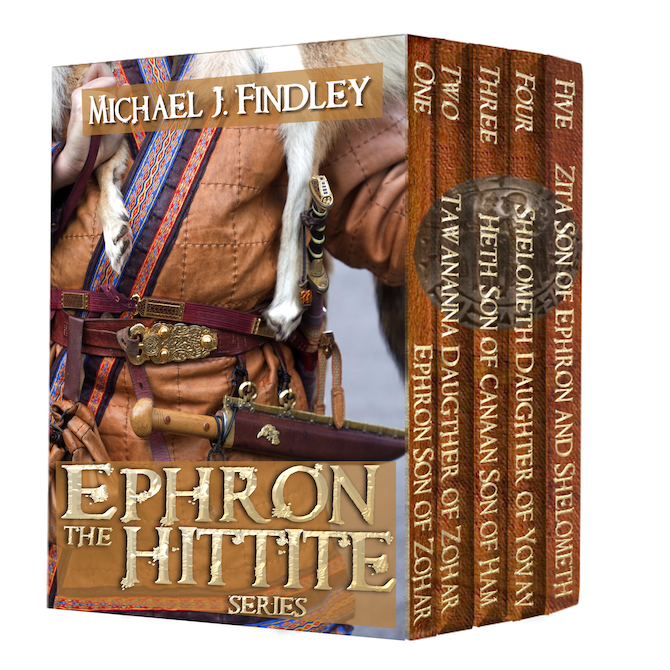 By Findley Family Video Publications
Meet the man who met Abraham and follow his story about how a family that honors Elohim and makes Him their Adonai might forge and ultimately shape thedestiny of the Hittite Empire.

Ephron is the builder who chooses exile to save his rebellious wife andbecomes prince of Hebron. His sister Tawananna is the dragonslayer who fed her people and becomes a ruler but has to sit still while Sargon attacks. Their uncle Heth is the warrior with a secret weapon and a secret weakness. Ephron's wife Shelometh is an advocate for women in the ancient world; a friend to Sarah and Hagar and a defender of abused women. Their son Zita is the peacemaker who will learn the heavy price he must pay to preserve the Hittite Empire.

Adonai is their Elohim no matter what. Don't miss the drama, adventure, and inspiration of this ancient world series.