Niteblade #17 - Soul of a Victorian

Maribelle Remembers Ice by Brenda Stokes Barron
She feels the familiar rumblings of being watched dance across her stomach and she panics for a moment. This is where it went wrong before.

Handspun by Amy Yergen
But she knows there are places if you really need help, you can get it. Not like crystals and prayer circles. No. Something real. A place—a woman of ash and bone.

Two Gentlemen Take an Evening Stroll by Rachel Ayers
The street appeared unoccupied. The two gentlemen were not worried; always there was someone foolish enough to travel alone.

Kenulf and the Wyrm by Sudip Bhattacharya
He called us foul names, at which Armarius closed his eyes, until tears flowed. Then once more came the unearthly sound. Alduin fell silent, looking hard ahead into the darkness, which was deep and mournful. The overseer came to him and said, “Master, we fear.”

One Year With the Oracle by Barb Siples
I had no desire to stay. But it’s never wise to refuse one favored by the gods, and perhaps some advantage could be gained for Tir. 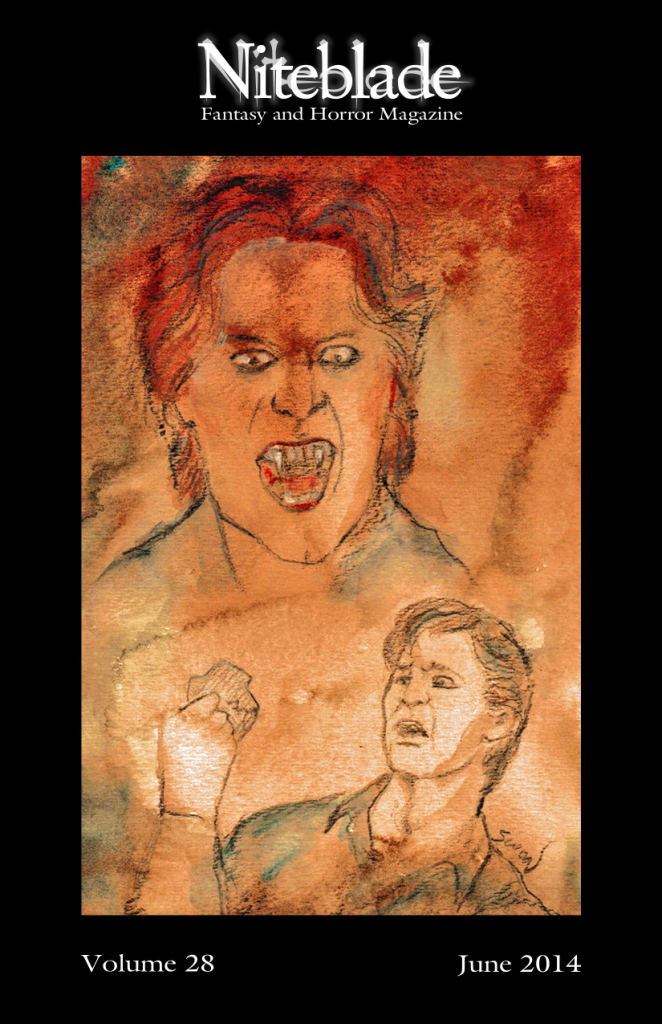 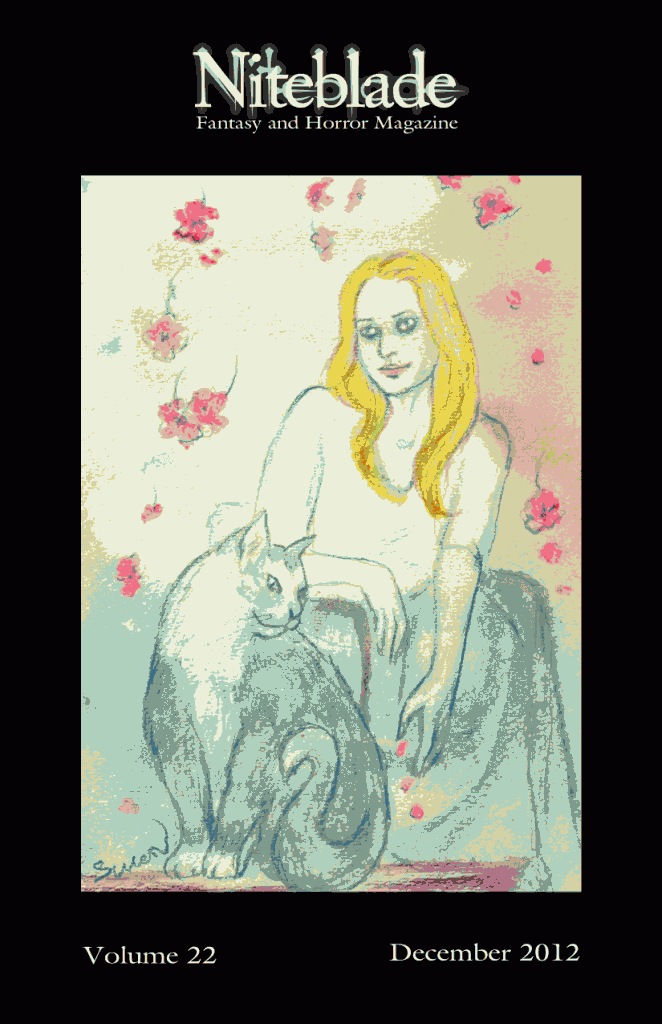 Niteblade #22 - The Language of Flowers 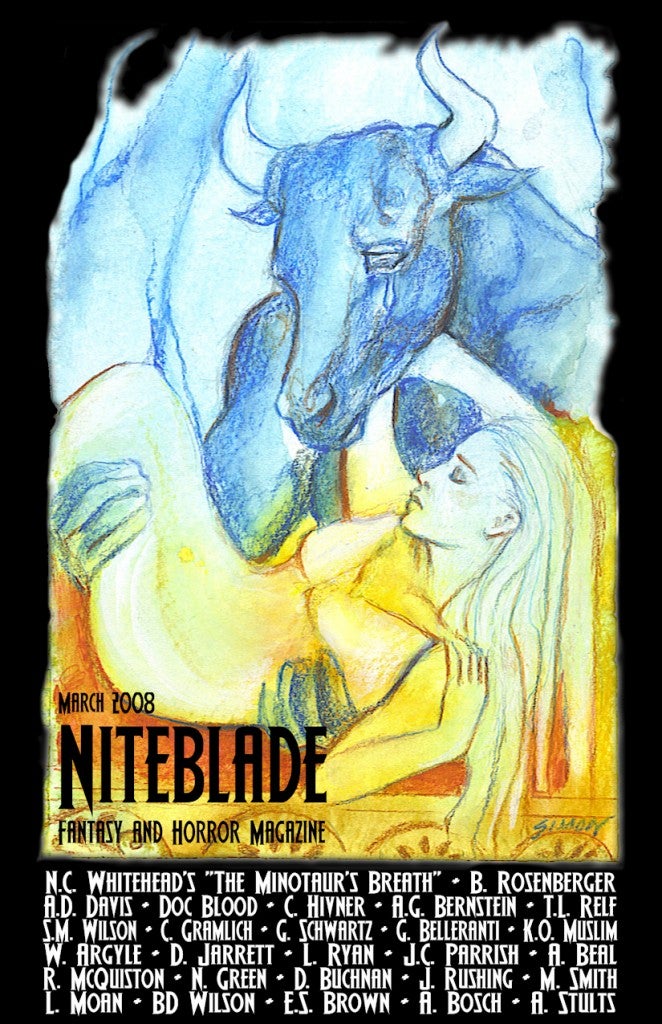 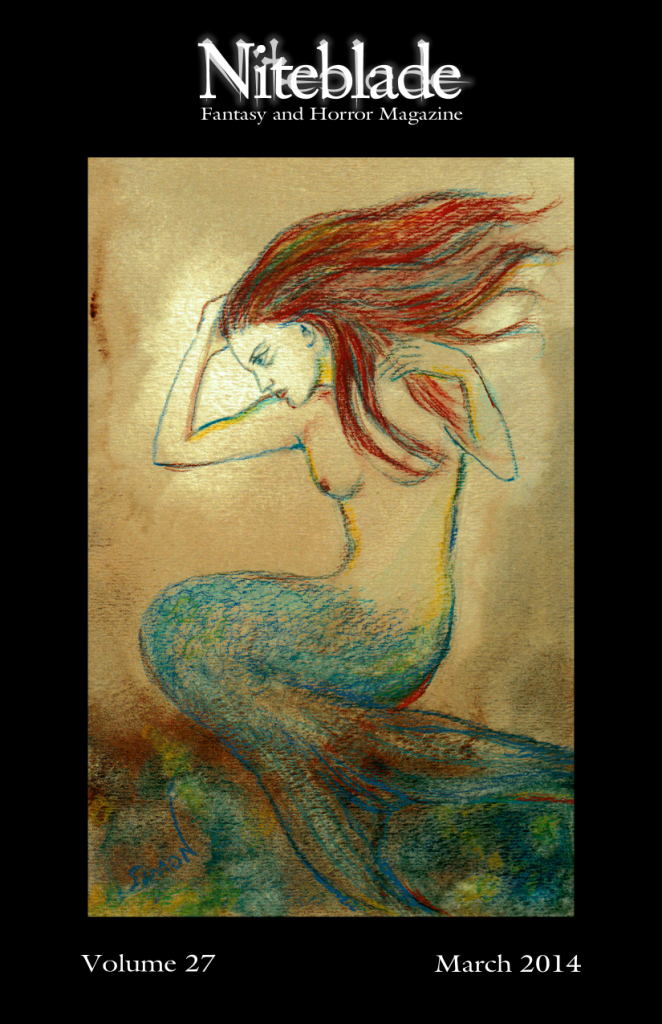 Niteblade #27 - The Mermaid at Sea World 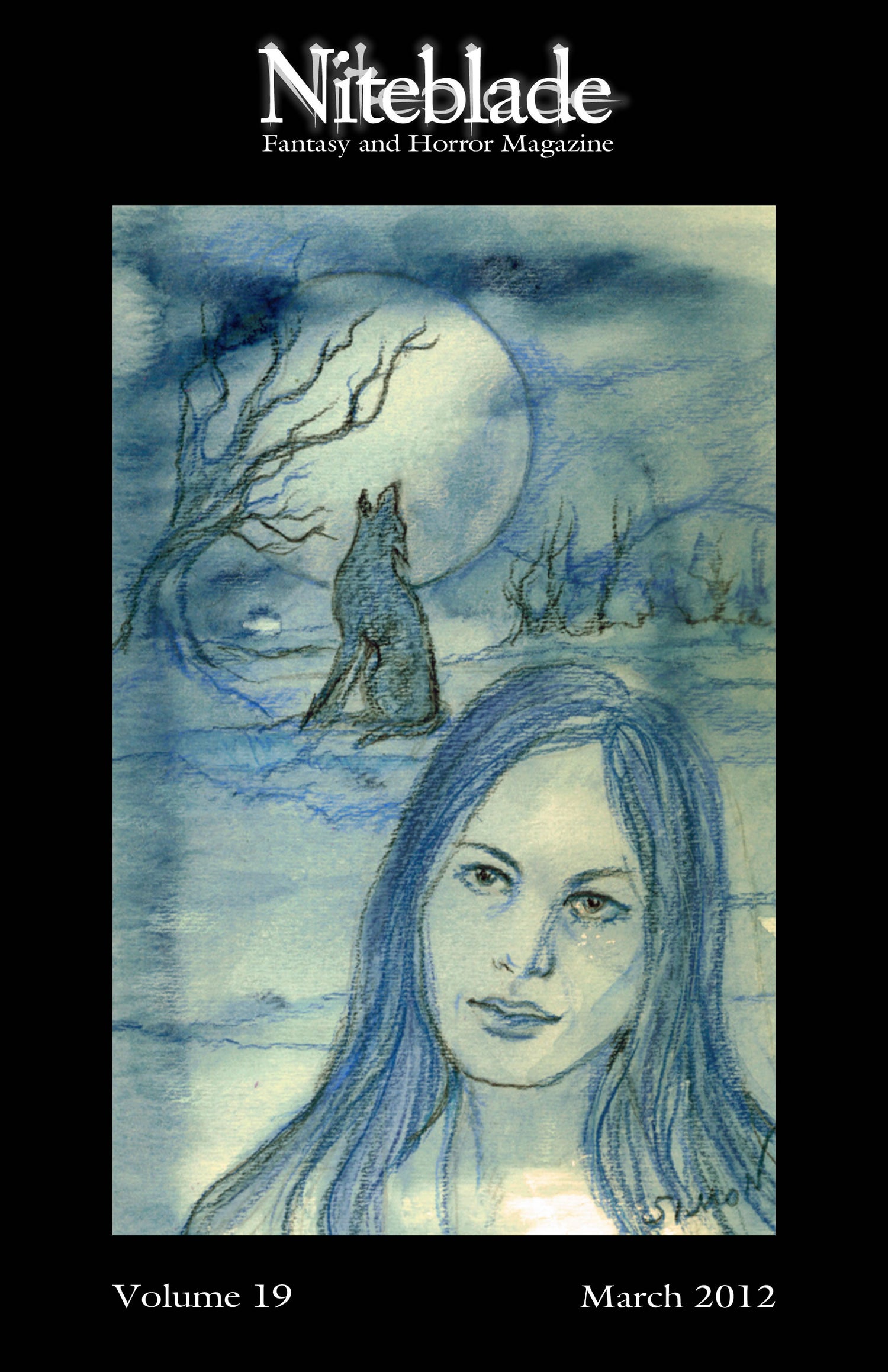 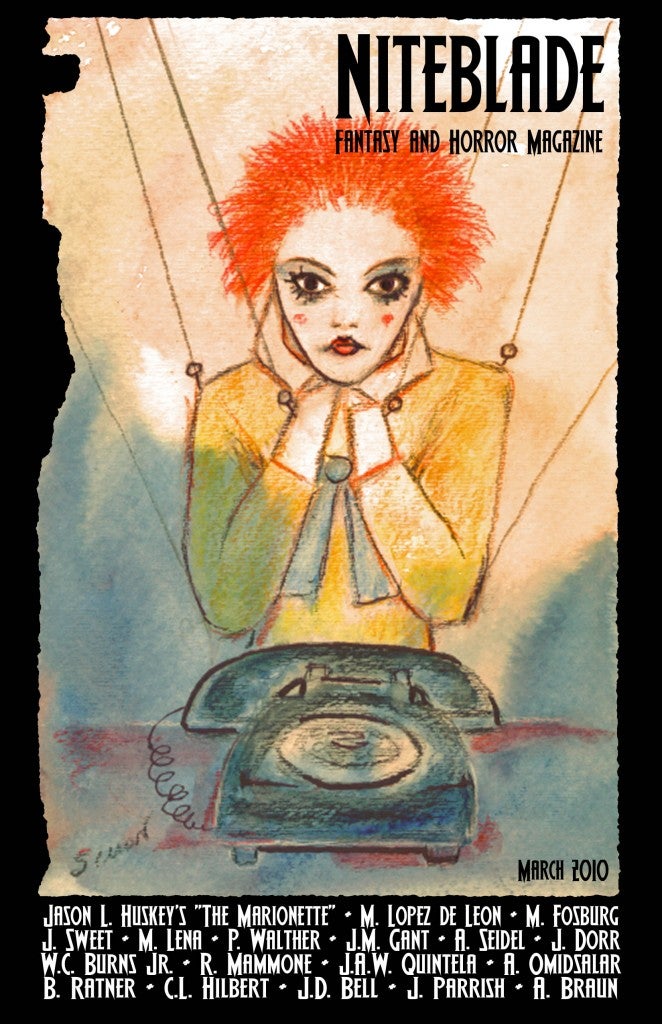 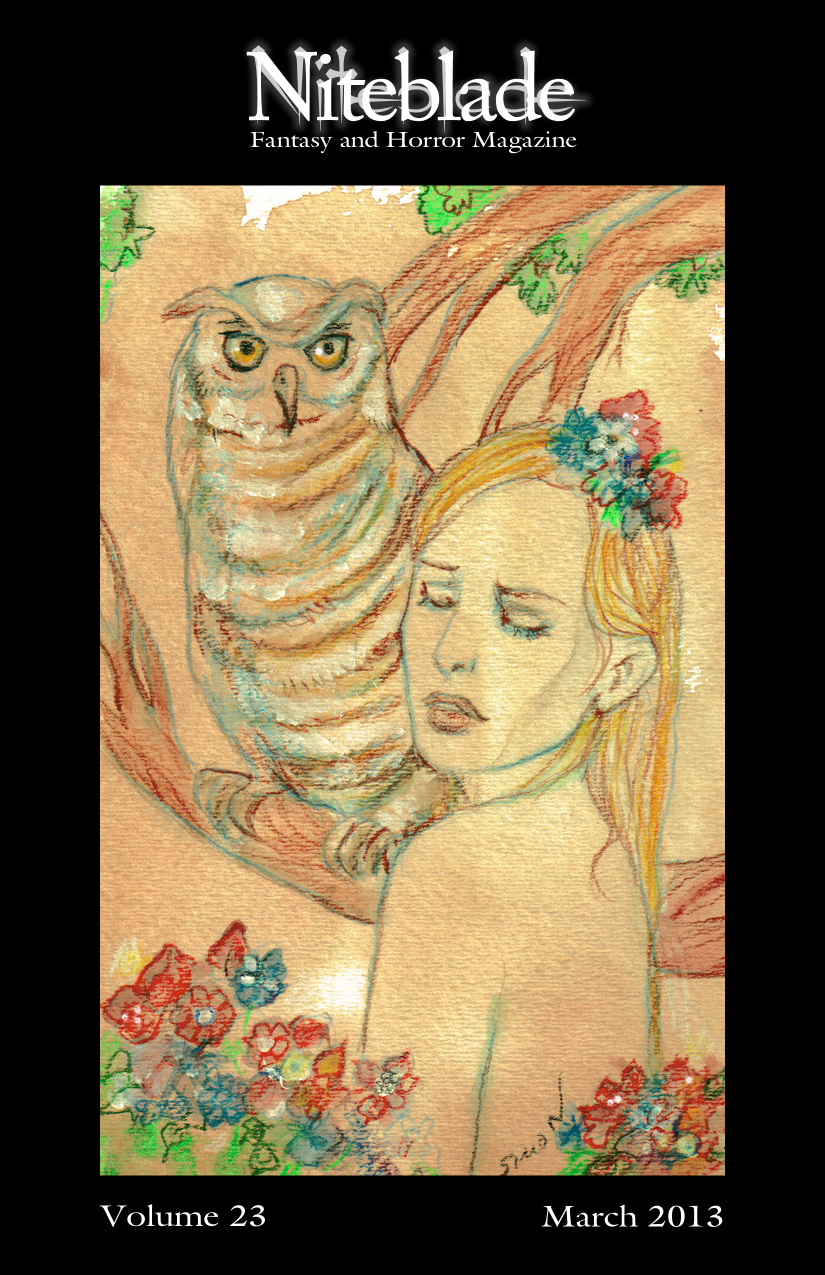 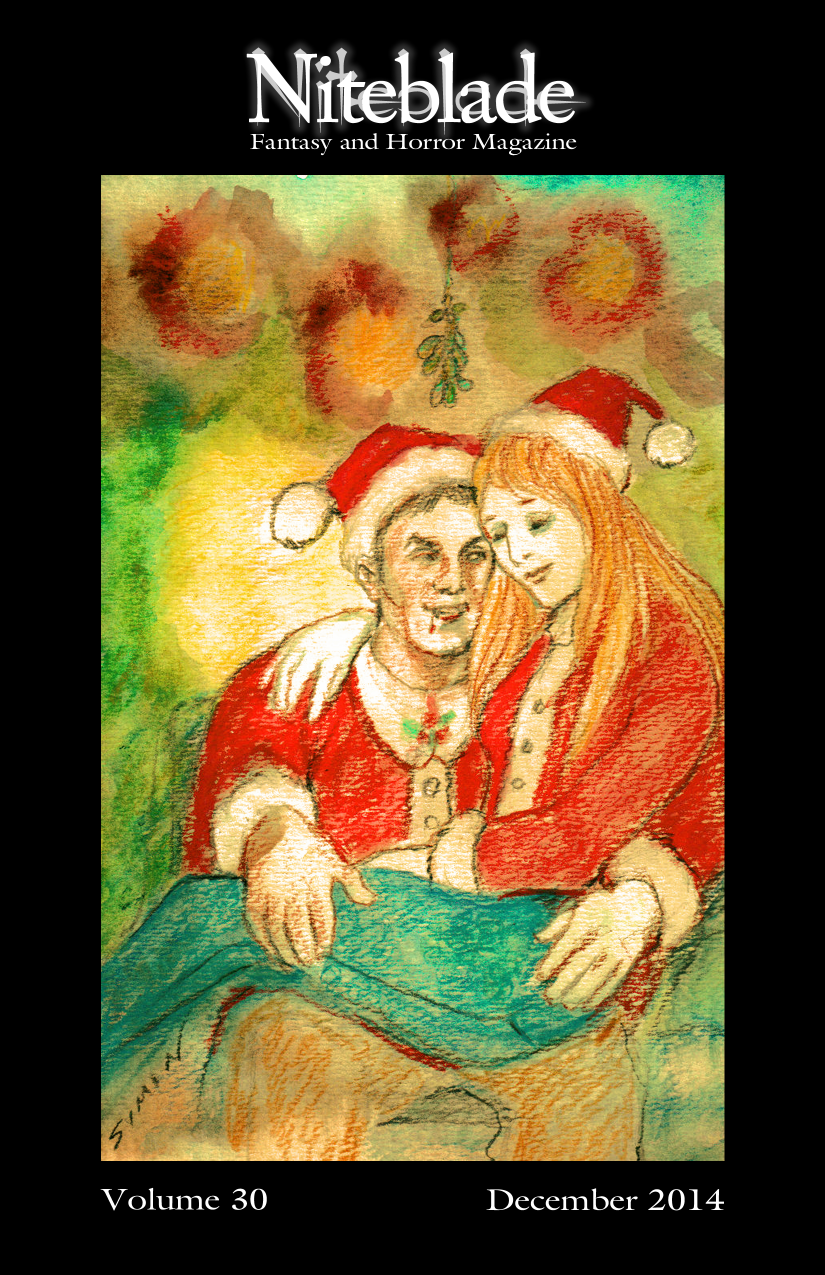 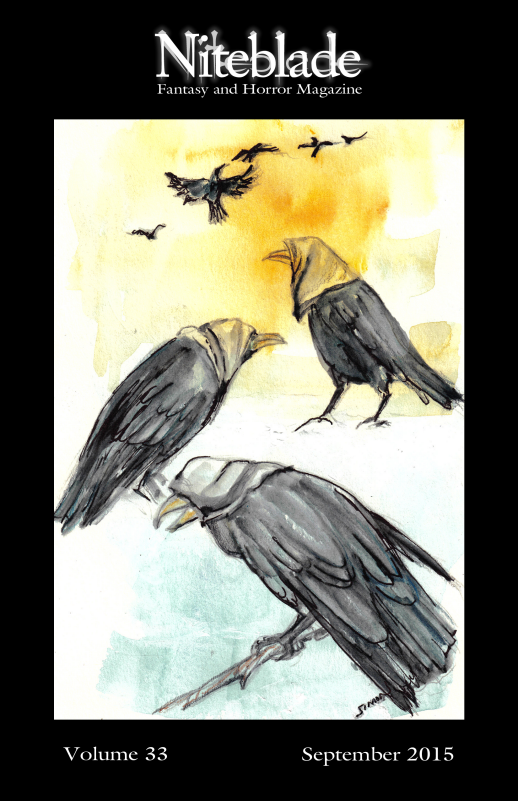 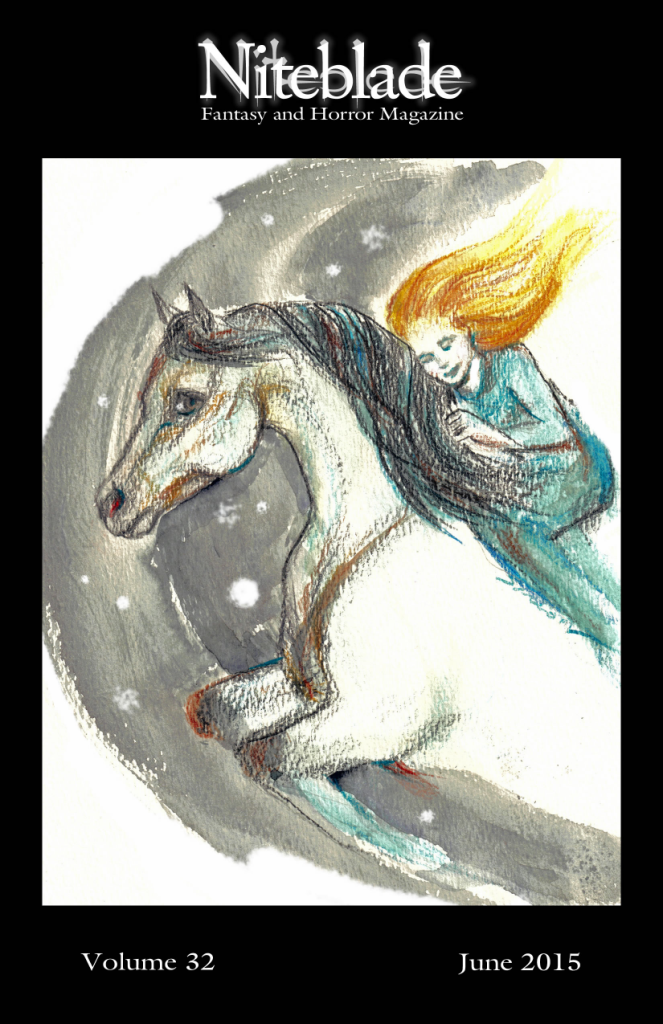 Niteblade #32 - What Happened Among the Stars