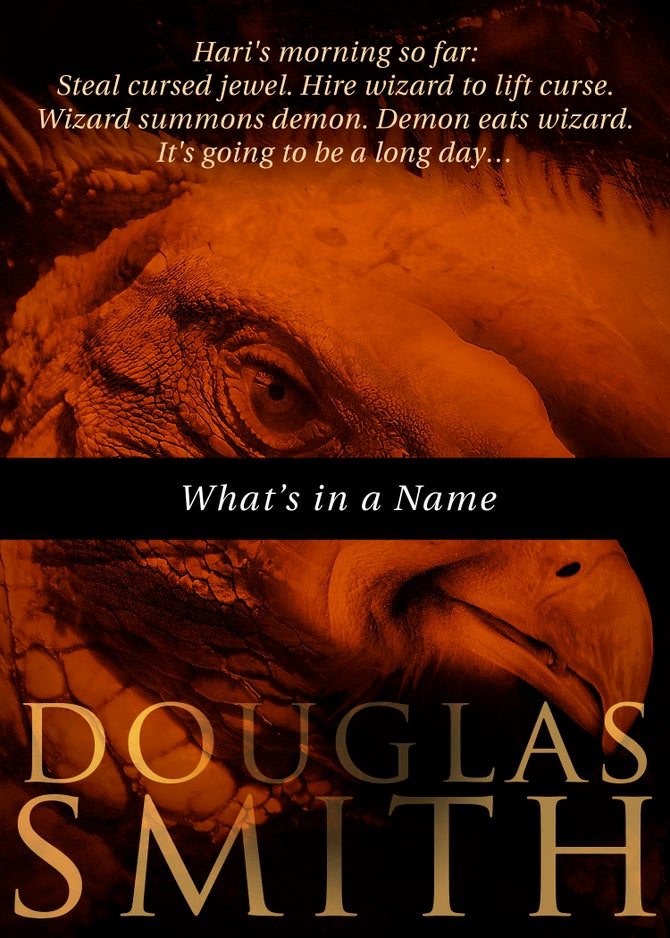 By Douglas Smith
Hari is the greatest thief that Taryaryo has ever known. Well, at least he was until he tried to steal a certain jewel from the most powerful wizard in the land.

The theft went, uh, less than perfectly. Instead of the jewel, Hari finds he has stolen a curse. Now Hari has to tell the truth, the whole truth and nothing but the truth. All the time. Kind of career limiting for a thief.

But Hari has a plan to win the jewel and rid himself of the curse. A plan that is also going less than perfectly. The wizard that Hari hired has just been killed by the demon that the wizard summoned, and that demon is about to eat Hari.

At least things can’t get any worse. Can they?