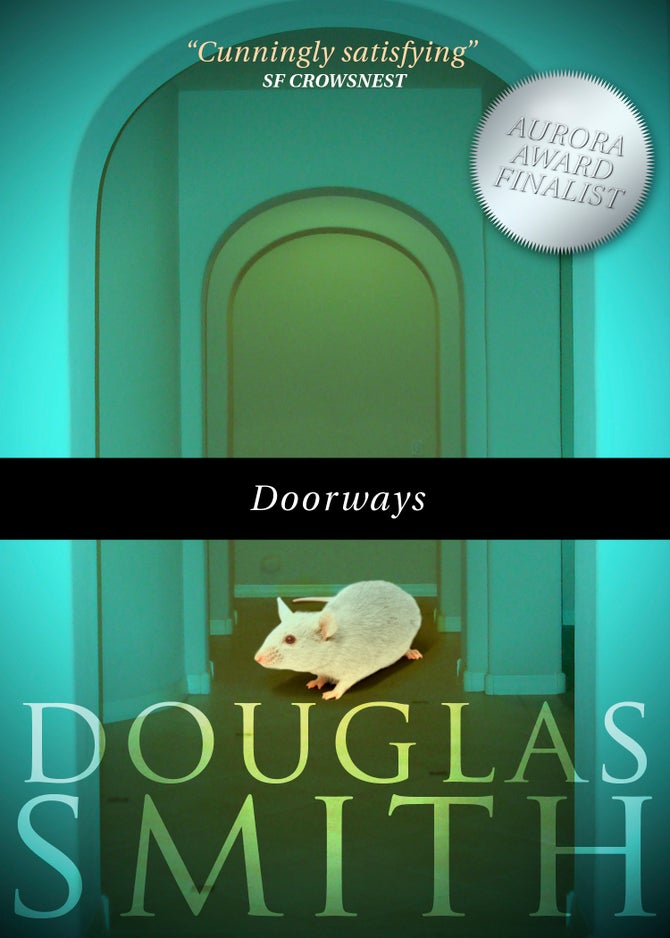 Dr. Lucius Rainer, head of research at GenTech, is dead. But to Jack, it seems that his old mentor still lives on through his house. Certainly, Rainer’s strange island retreat exudes the personality of its late owner: isolated and eccentric, brooding and uninviting. But when GenTech learns that the house holds a working model of Rainer’s final project, Jack discovers that the house shares one other trait with its former owner.

The house will open only to Jack’s biometrics, and will only allow two very specific people to accompany him: Wendy, Jack’s now ex-wife, and Deak Sanderson, Wendy’s new lover and Jack’s former rival at GenTech. As the three of them explore the house and its secrets, Jack discovers that some doors—in this house and in life—should never be opened.

“A couple months ago I was introduced to Douglas Smith by way of his collected short stories, Impossibilia. So I was looking forward to his story 'Doorways' and was not disappointed. ... This story has a cunningly satisfying conclusion. I find a good short story falls into two categories: There is the complete story, the novel miniaturised, which is a nearly perfect art form. These are hard to capture but constantly illustrated by such writers as Douglas Smith.” —SF Crowsnest Book Reviews

“…is based on an interesting concept … The puzzles [in the story] and the final invention that they hint at are intriguing … Smith ties [the story's] denouement’s metaphorical significance in well with the technological concept at the center of the plot.” —The Fix