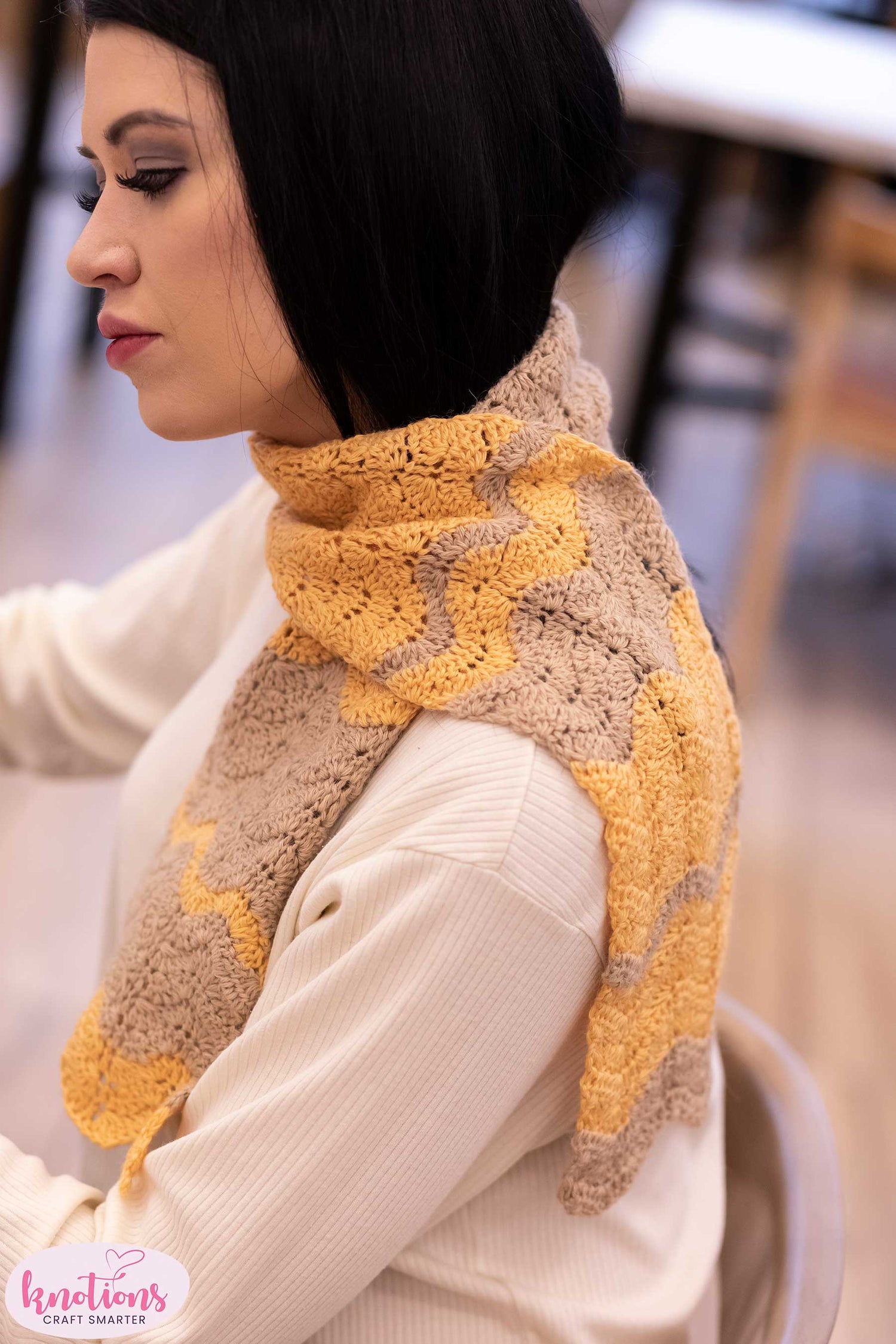 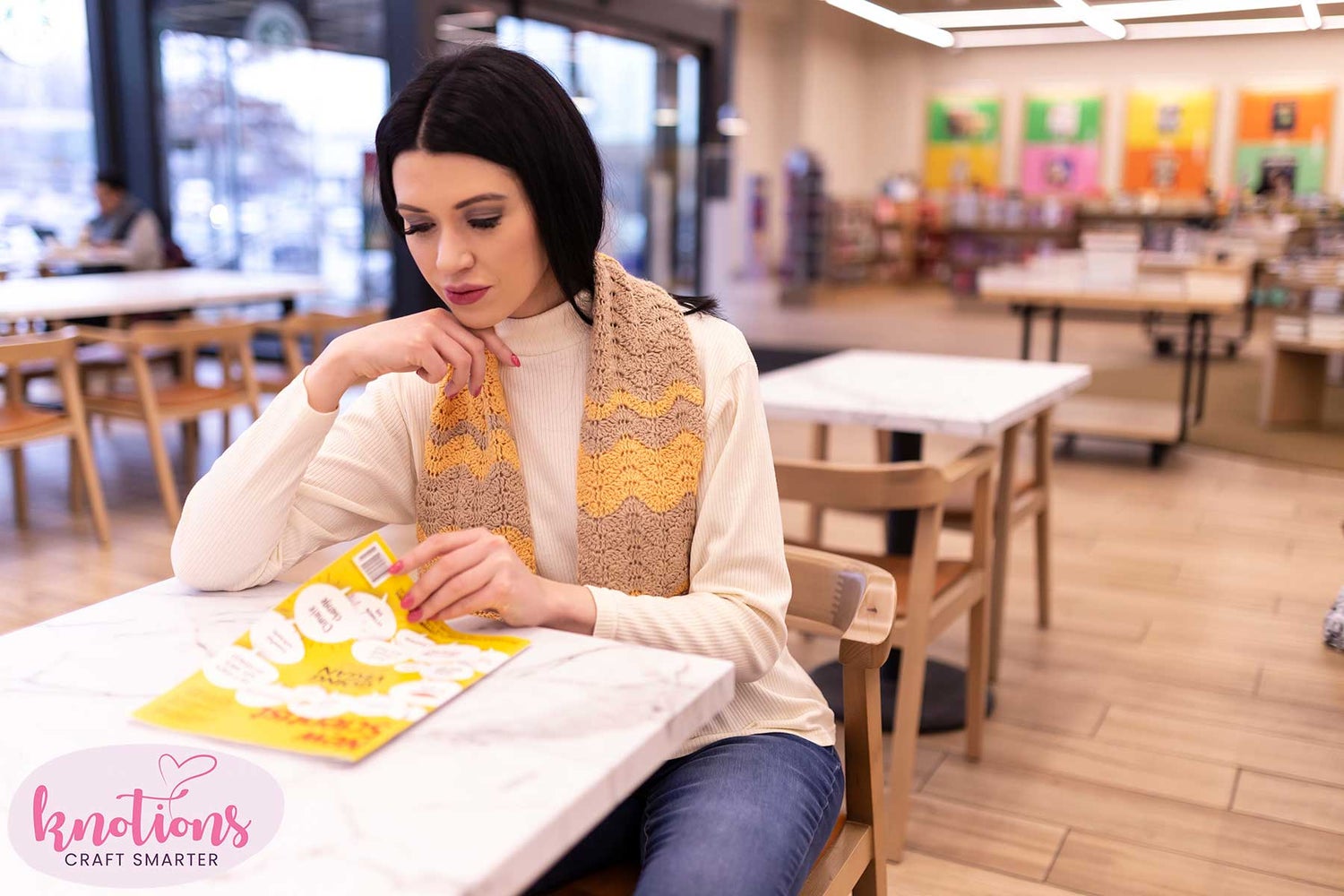 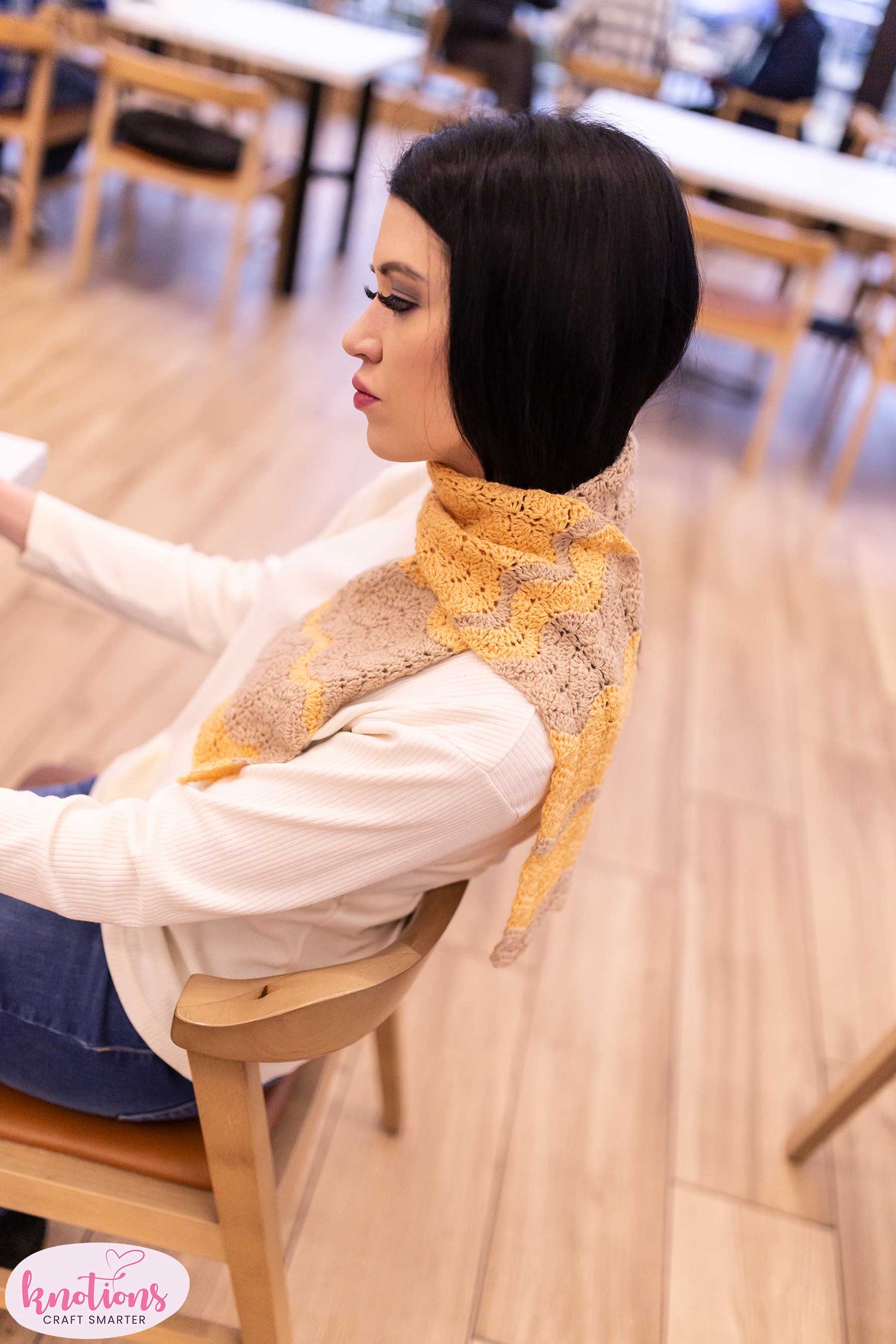 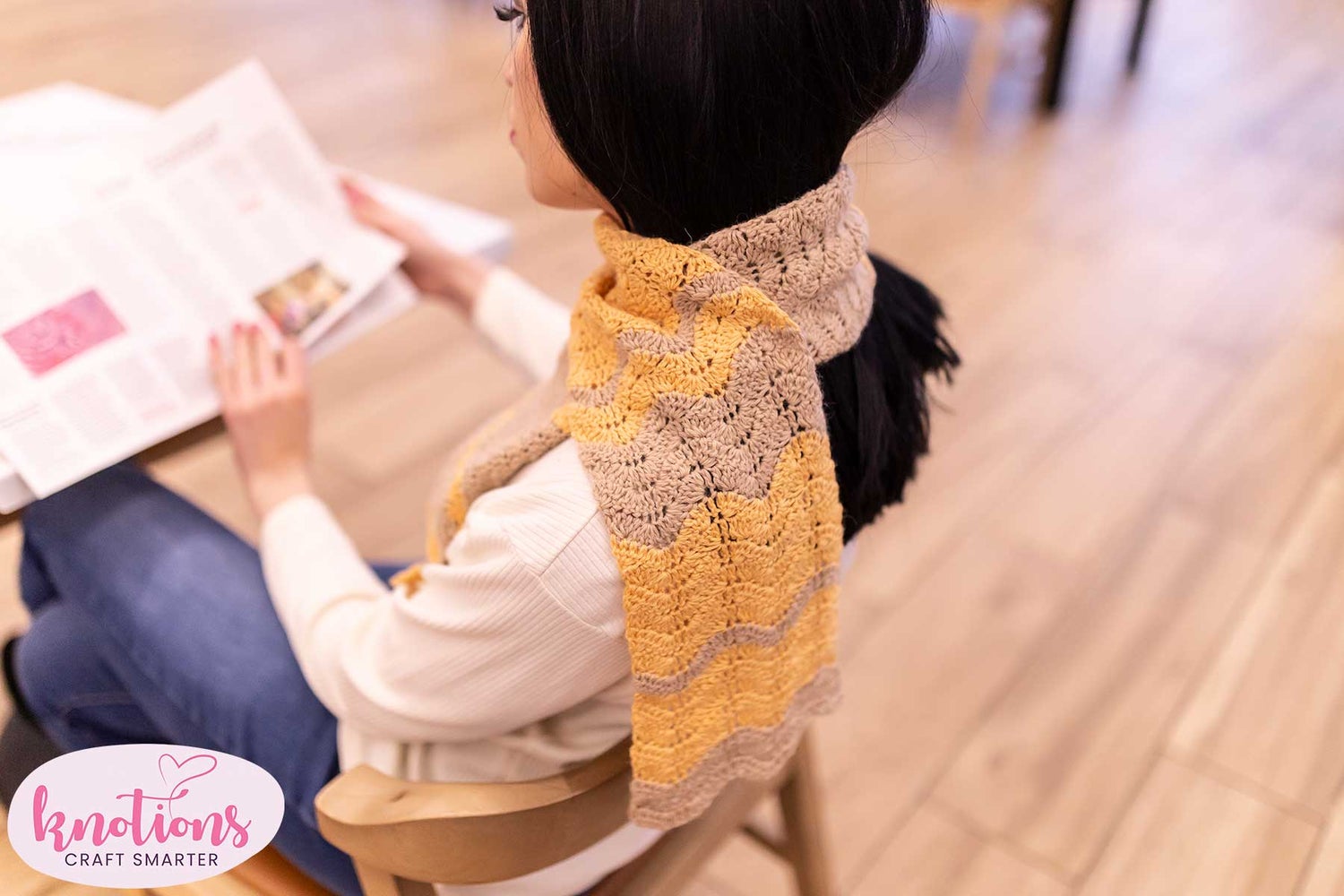 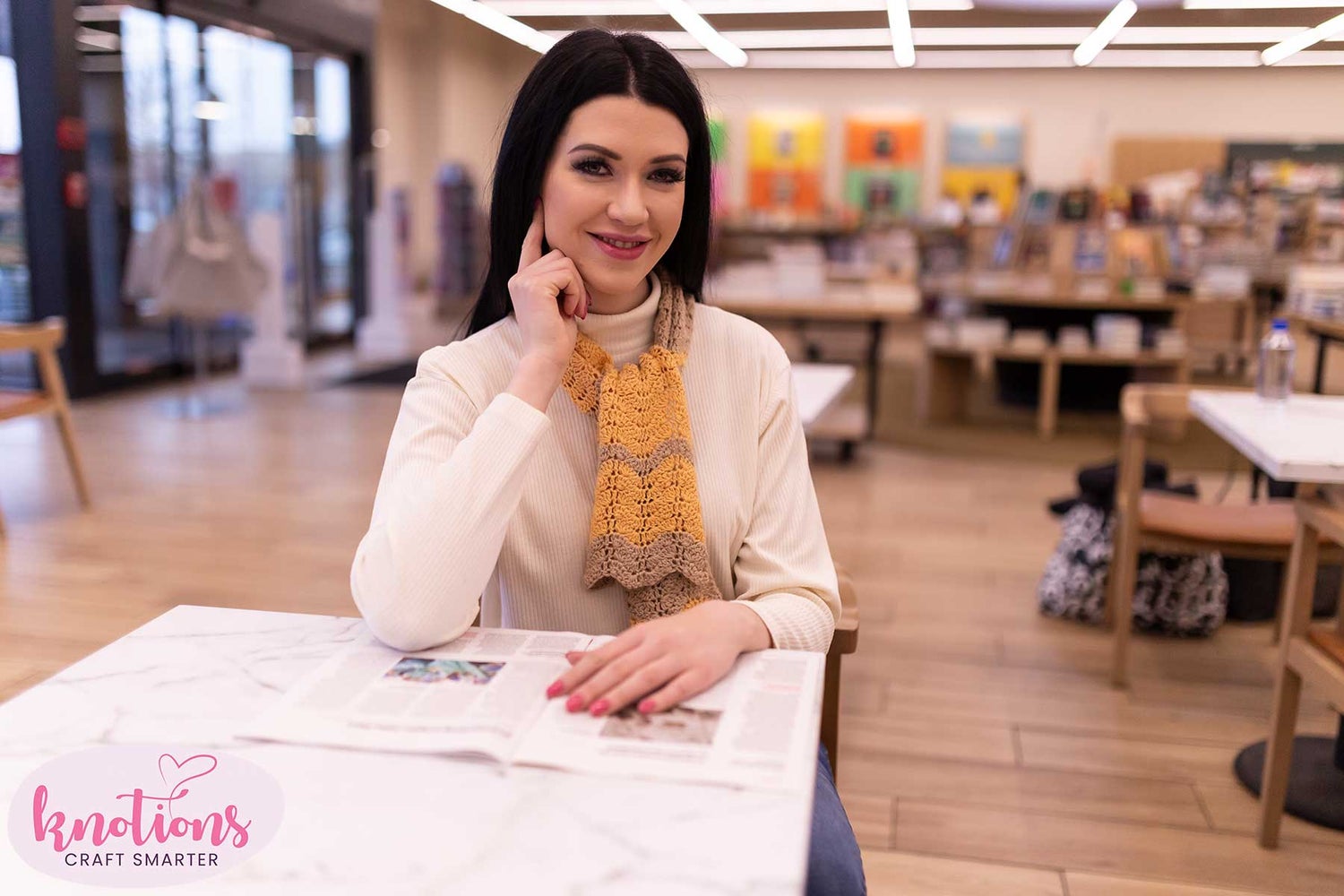 Who says math can’t be fun?! I’m a geek at heart and love using nerdy numbers as inspiration for my designs.

Did You Know?
This scarf uses the 1st nine digits of pi (3.14159265) to determine the size of each color block. It works from both ends – the main color progresses from one end, the contrasting color progresses from the other end.  The scarf ends up with a symmetrical number of rows/blocks but with the colors reversed. Adding in more geekiness, the stitch pattern is a wavy ripple – just like a sine curve.

Other than keeping track of the number of rows in each block (and the biggest one is only 9 rows), the stitch pattern is repetitive enough to watch TV or carry on a conversation.  Also, there is no need to stitch along the long edges – the stitch pattern gives a nice solid end to the rows.

Make one for Pi Day (March 14 – you know, 3-1-4), for yourself or as a gift for your favorite nerd or geek.  Want to keep your inner geek hidden?  The stripes look random, so unless you point the pattern out, it can be our little secret.

How Does it Work?
Pi is the ratio of a circle’s circumference to its diameter. It is written as the equation.

The circumference of a circle is the measurement around its outer edge.

The diameter of a circle is the width of the circle.  It’s the distance from one edge to the other when measured straight through the center.

No matter what the size of the circle, Pi is the same! It is also what mathematicians called an irrational number – one that can’t be expressed by a simple fraction.  They call this type of number an “infinity decimal” because after the decimal point the digits go on forever.

Rajveer Meena of India holds the Guinness World record for memorizing and reciting the most digits of Pi – 70,000! He wore a blindfold throughout the entire 10 hour session at the VIT University, Vellore, India on March 21, 2015. I’ve read that computer programmers have calculated the value of Pi to more than 22 trillion digits!

Lots of people like to have fun with Pi. In addition to memorizing digits of Pi, and having a party on Pi Day (eating  pie, of course), a style of writing has been developed, called Pilish. According to Wikipedia, the free encyclopedia, Pilish is a style of writing where the lengths of consecutive words match the digits of Pi. Sir James Hopwood Jeans OM FRS (11 September 1877 – 16 September 1946), English physicist, astronomer and mathematician, is credited with one of the earliest well-known examples:

How I need a drink, alcoholic in nature, after the heavy lectures involving quantum mechanics!

There are 3 letters in the first word, 1 letter in the second, 4 letters in the next word, continuing through the first fifteen digits of the number Pi. Pilish was used in a full length novel by Michael Keith called Not a Wake published by Vinculum Press in 2010 – it works through 10,000 digits!

Pi has been known for thousands of years.  References to the ratio of the circumference to diameter of a circle has been found on a Babylonian tablet from in the period 1900-1680 B.C.E., the Egyptian Rhind Papyrus of 1650 B.C.E., and in calculations by Archimedes (287-212 B.C.E.). The symbol  was first used in 1706 by the British mathematician William Jones. Using the symbol  became popular after it was adopted by the Swiss mathematician Leonhard Euler in 1737.
You will get a PDF (467KB) file 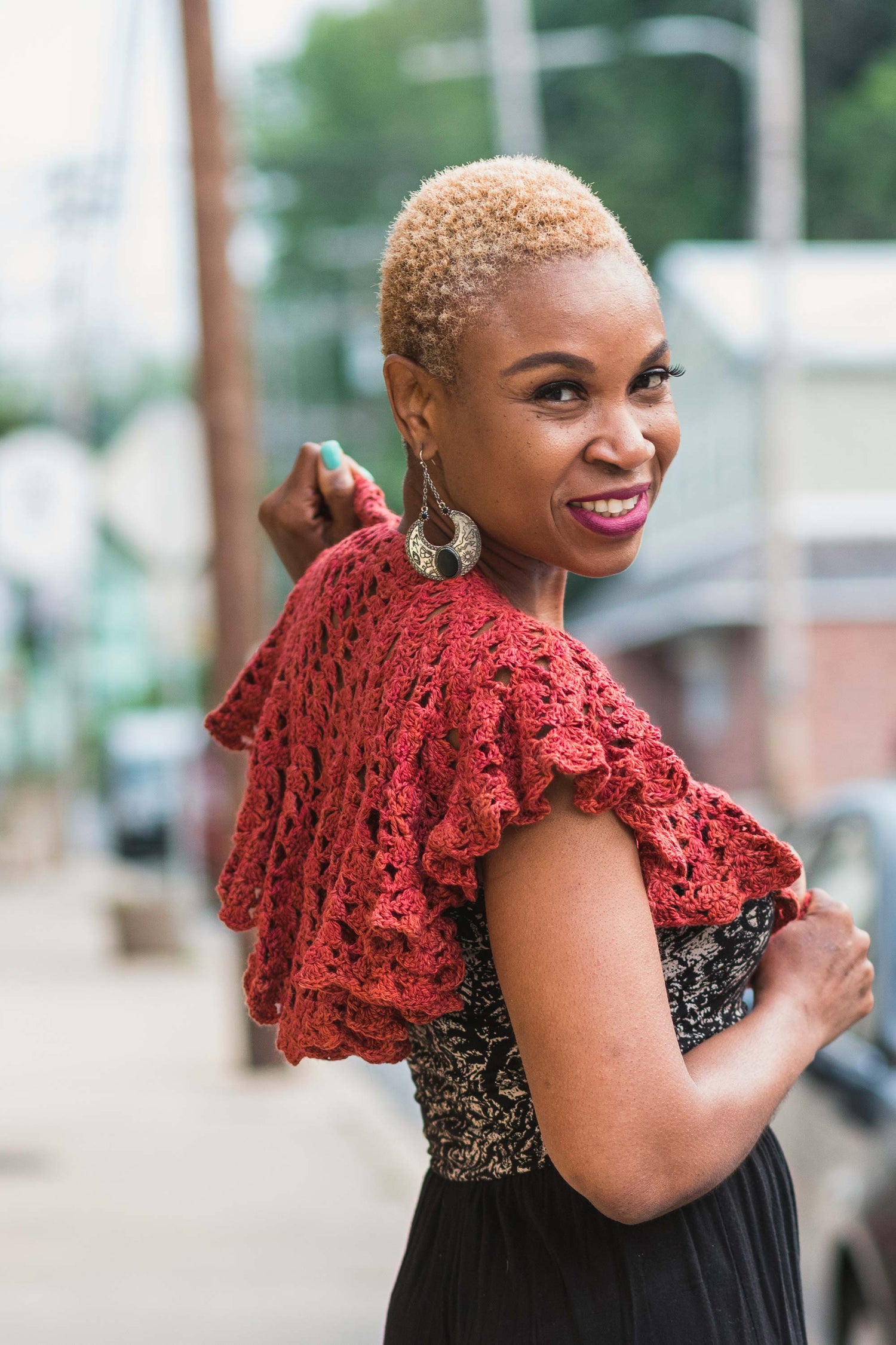 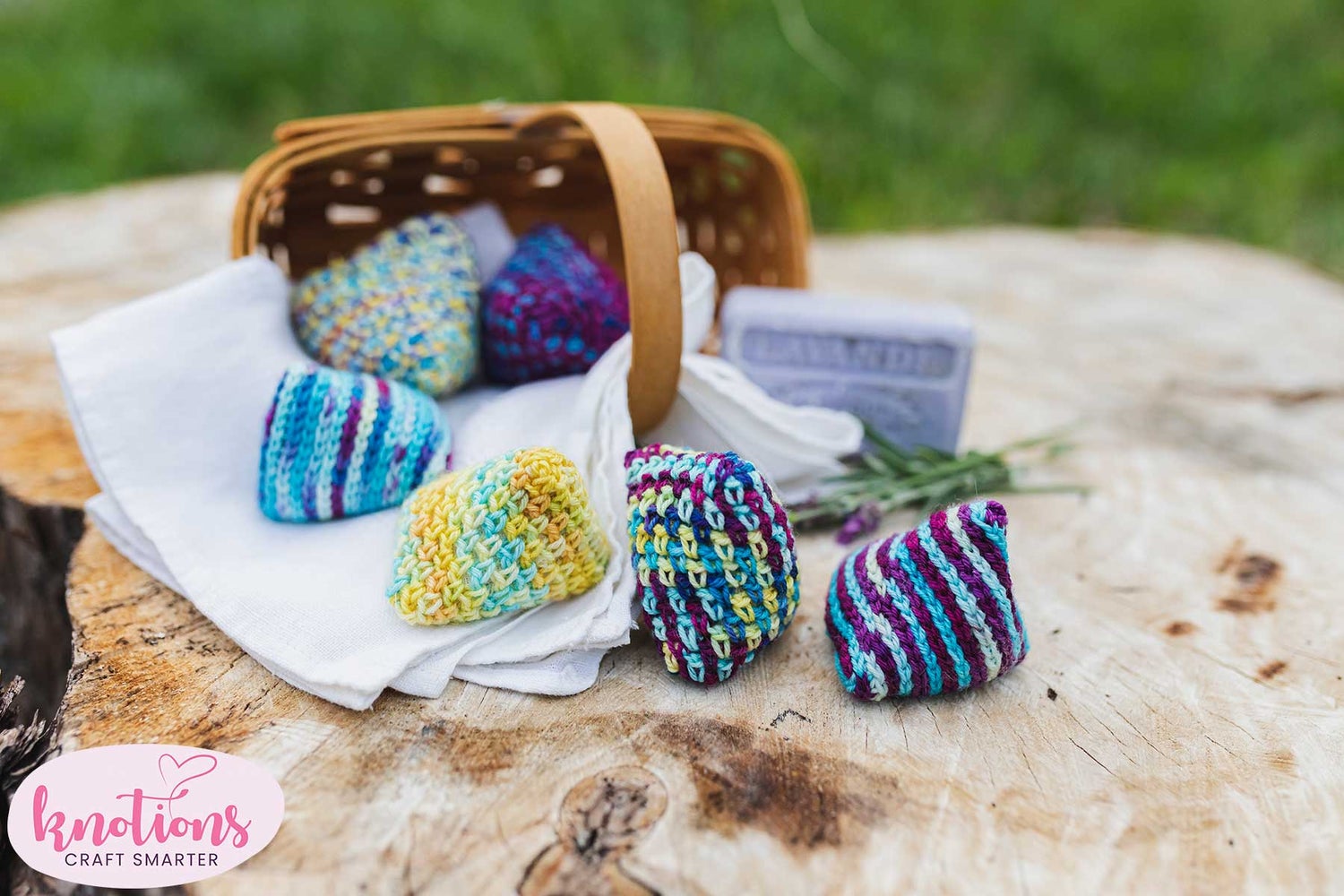 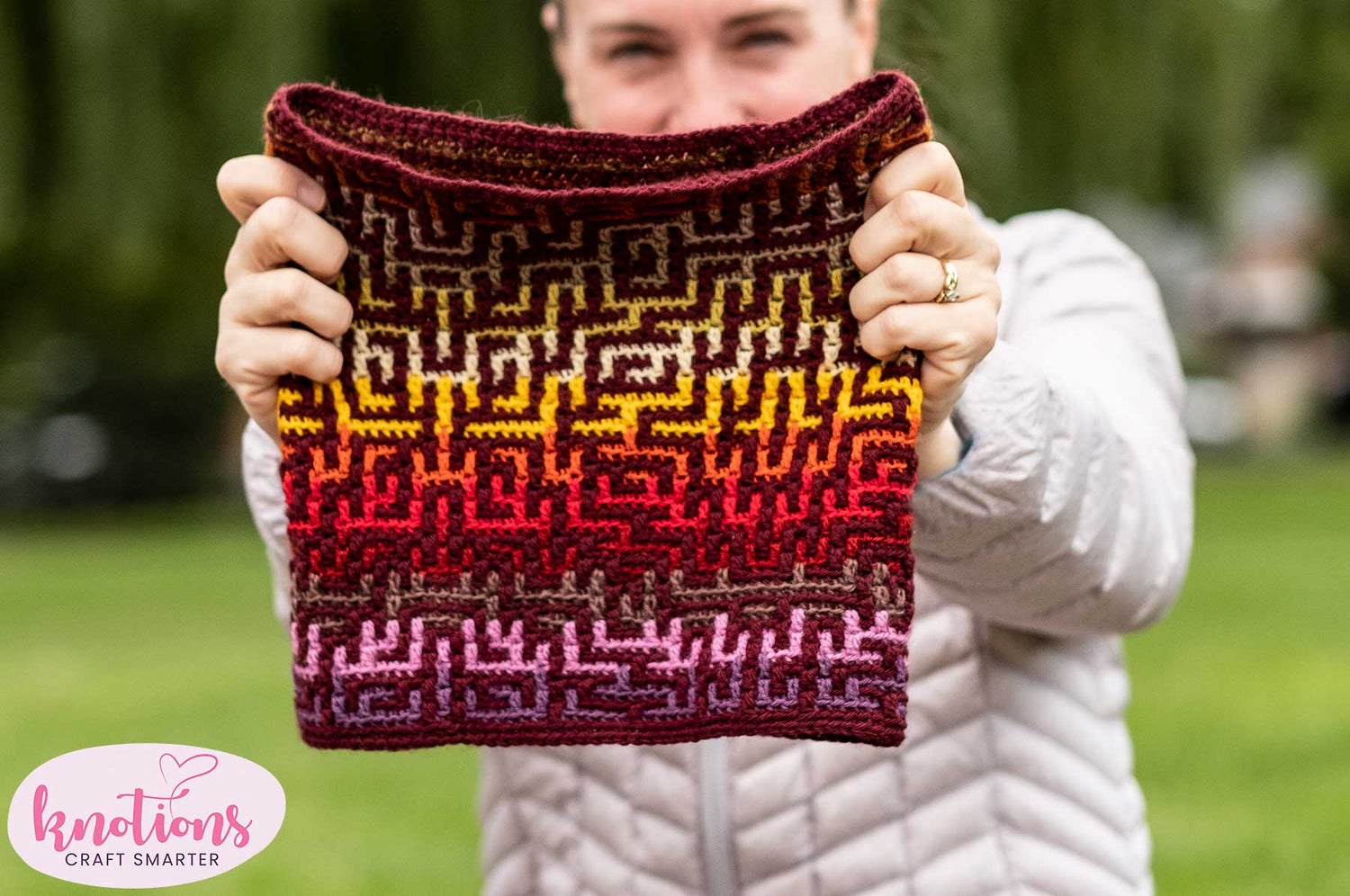 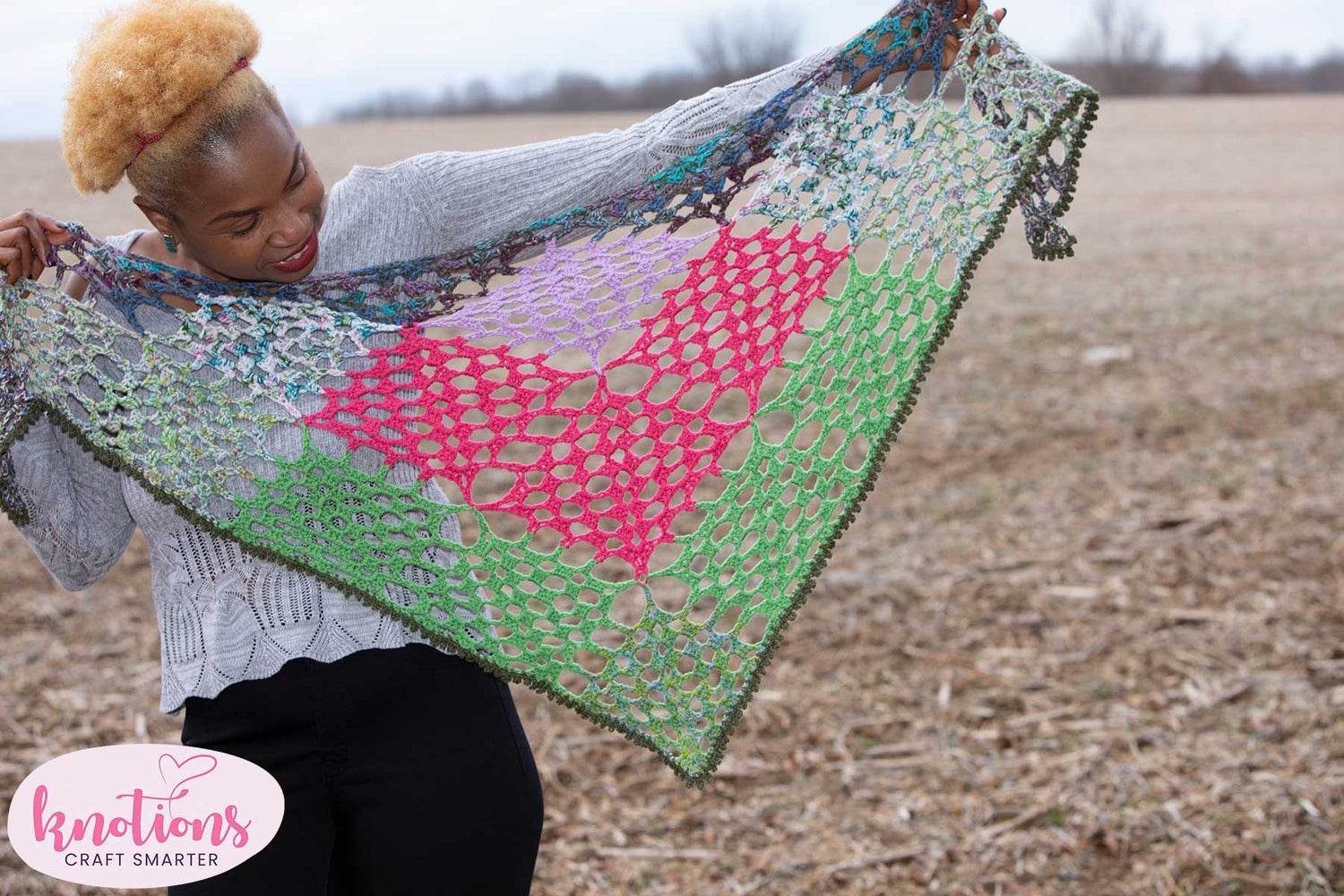 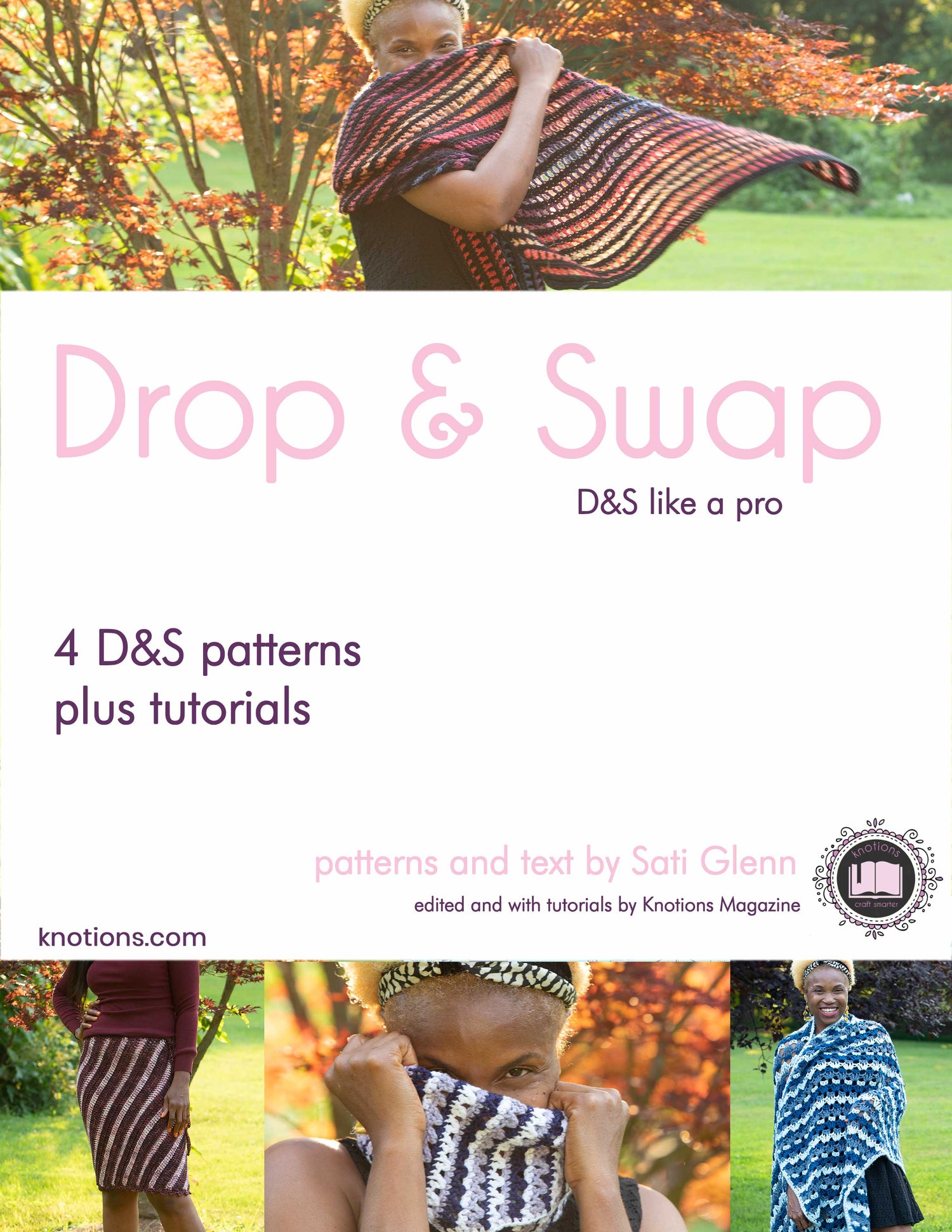 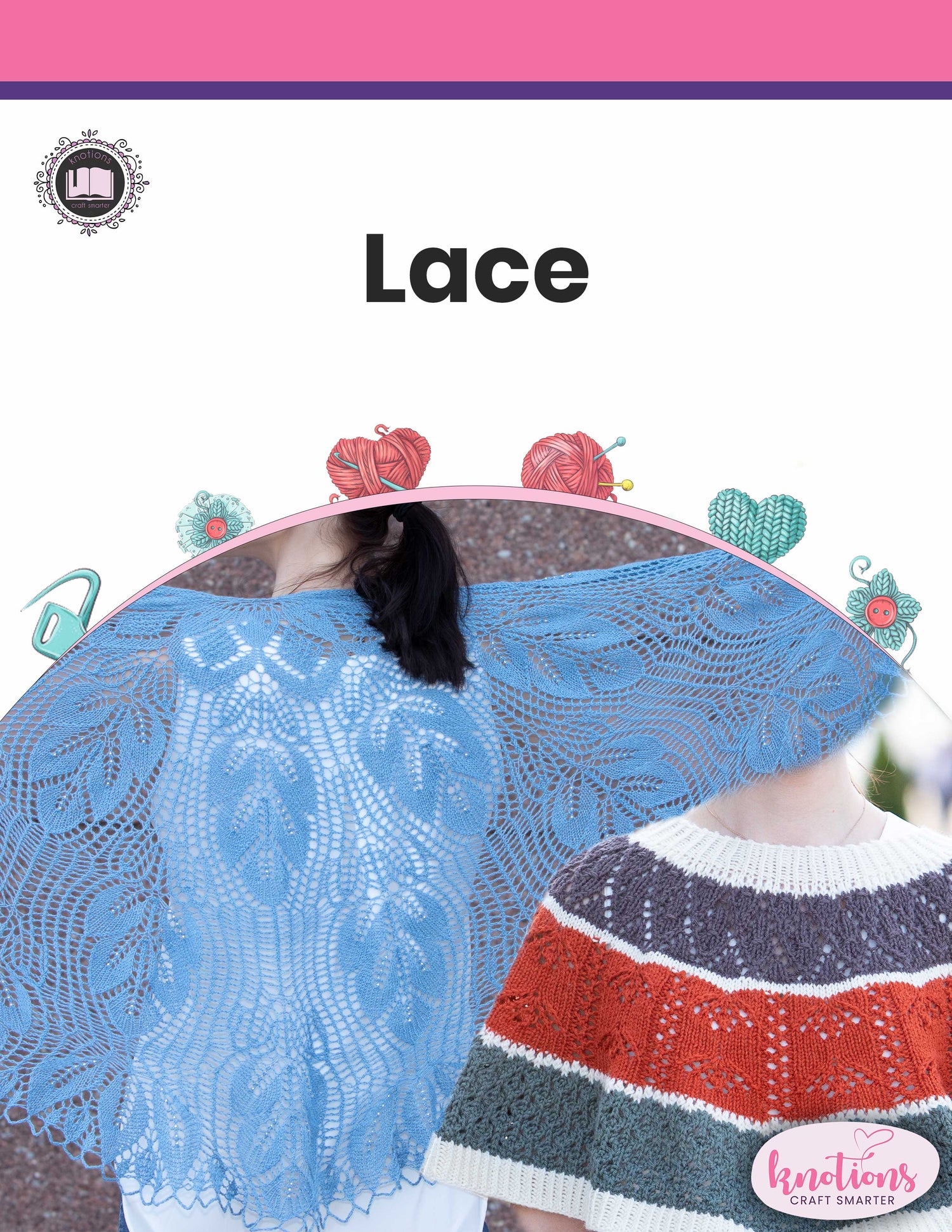 Lace PDF for Knitting and Crochet 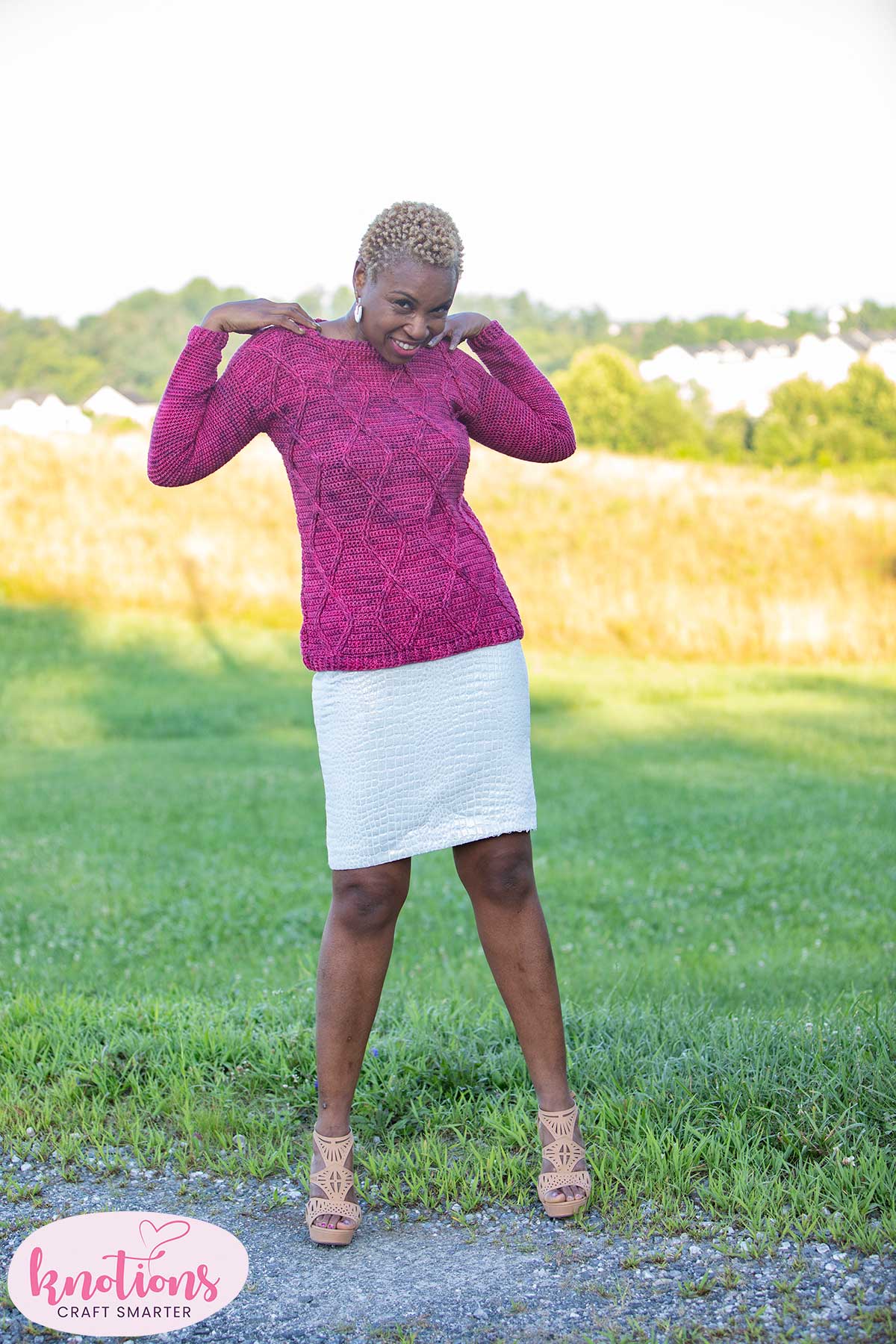 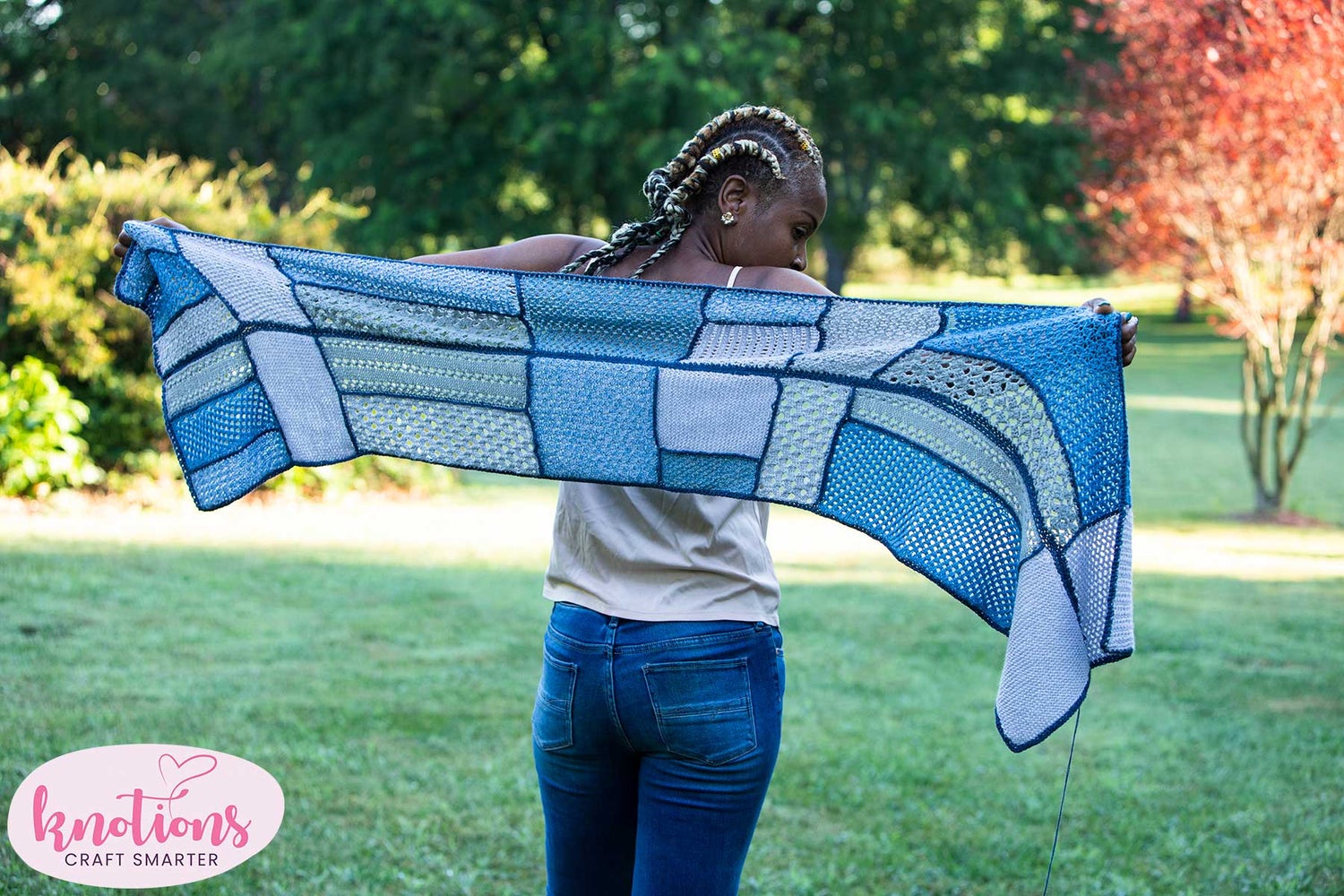 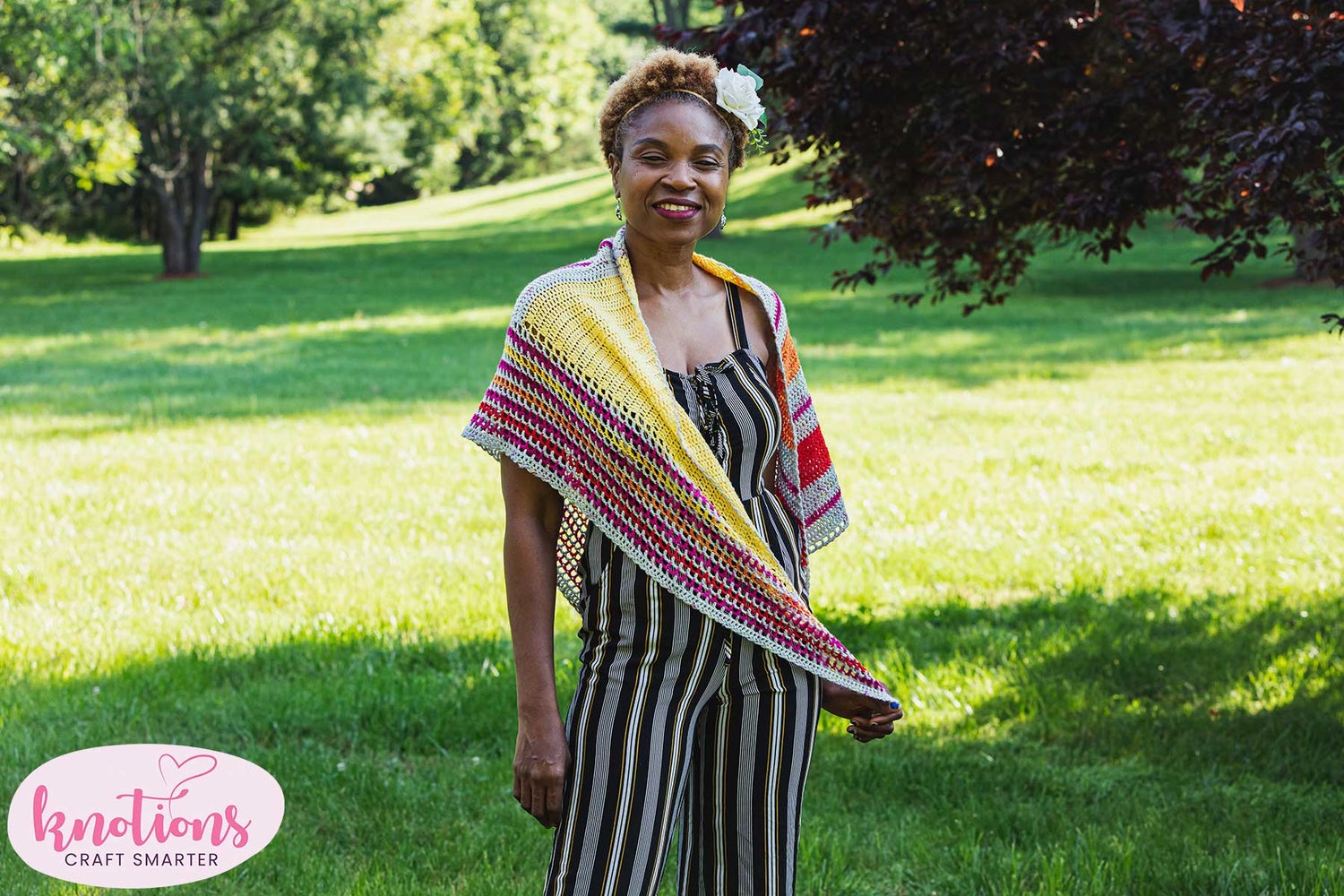 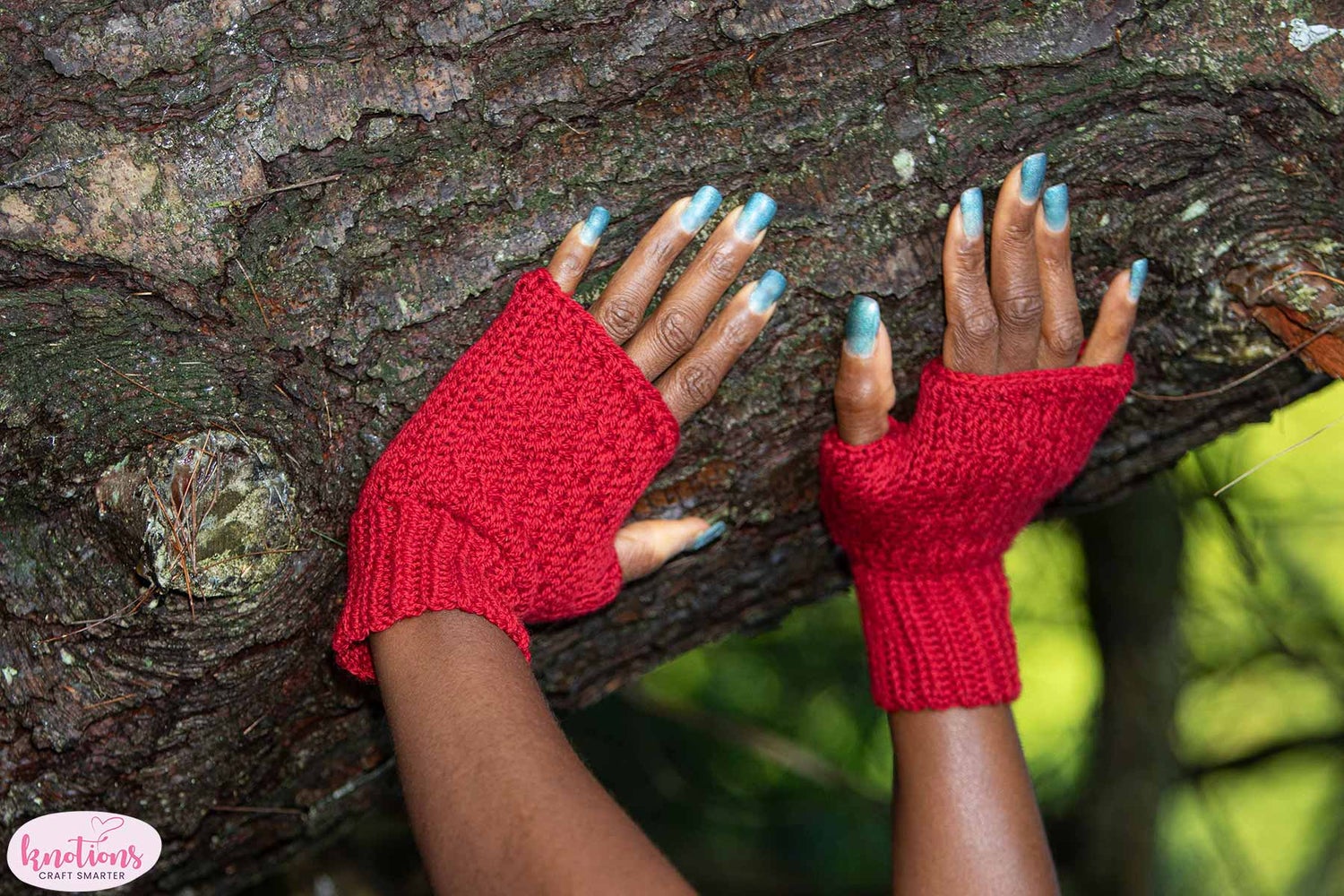